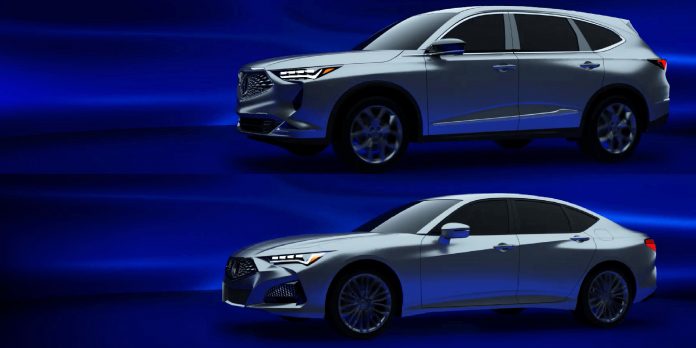 MDX is the flagship model with the most available upgrades. you can find this SUV with tow or three rows of seats, a conventional engine and a hybrid setup, and with upgrades for the infotainment or driving. All in all, the 2021 Acura MDX is going to be one of the most versatile vehicles in the segment, although it is not bringing any significant changes.

The SUV was updated last year, so it is not going to bring any new changes until 2022. Redesign and the new generation are possible. However, until then, we will see the same unit at dealerships. Only one new version could appear, according to rumors – 2021 Acura MDX Type S. The performance-oriented unit will squeeze maximum power from existing engines, while the styling is getting more aggressive parts.

One of the highlights and the best packages for the MDX remain the A-Spec. Besides that one, we recommend you to try Advance and Entertaining bundle, as well as the Super-Handling All-Wheel Drive (SH-AWD). Of course, the Sport Hybrid model is getting it by default. The price is below the average for the premium segment.

Before we discuss possibilities, let’s check which are the certain sources of power for the 2021 Acura MDX. The base model is using a 3.5-liter V6 engine. This is the most reliable unit in Honda’s family, whose premium Acura brand is a member. Compared to the Pilot SUV, the MDX produces more power – 290 hp and torque – 267 lb-ft. These are the averages for the mid-size segment. A nine-speed automatic gearbox is a pair we recommend, although you can purchase the vehicle with an old 6-pace transmission.

The company raises the game to another level with a hybrid setup. A 3.0-liter petrol unit serves as the main factor in the system. The Sport Hybrid configuration also includes electric motors that help the petrol engine achieve 320 hp, more than Toyota Highlander and Ford Explorer can make. The same setup is coming for the new Honda Pilot. Instead of the abovementioned transmissions, the Sport Hybrid version is going to send power through a seven-speed dual-clutch gearbox.

As said, the Super-Handling AWD is one of the highlights for the 2021 Acura MDX. The system will shift torque to wheels that require the most twist. It recognizes the situation and sends up to 90 percent of power to the front or rear axle.

Now when we discussed the existing options, we can move to other possibilities. The 2021 Acura MDX Type S is one of them. The RLX sports car is getting this badge. But, the most popular SUV is on the same page as well. According to sources, boosters will get the maximum from the hybrid setup, turning it into PHEV and dealing 400 hp. These are numbers that will position the MDX among the favorites on our list of the SUVs we expect the most in 2021.

There are no further details about the Type S package, but it should also upgrade the exterior and interior as well. More aggressive appearance, performance tires, unique details, sports buckets, premium features, and many more will draw attention, especially of younger buyers.

If the base model is not good enough (and it should be, since MDX belongs to the premium class), there is a couple of notable upgrades for the SUV. We choose two among many other features and equipment.

The 2021 Acura MDX A-Spec is not boosting the performance. The SUV is not getting a stiffer suspension that will make it run faster, or be more capable for an off-road drive. But, the appearance is getting a boost with special details. Red accents will draw attention and make the MDX more aggressive. You can recognize this version by large 20-inch wheels and dual-pipe exhaust system.

The Advance and Entertaining package is the most luxurious lot of features you can select with the 2021 Acura MDX. The bundle includes 11-speaker premium audio, 9-inch VGA screens, and a seven-seat layout with captain’s chairs in the middle row. The final piece of these unique upgrades is sunshades on the power sunroof. Outside, you will find LED lamps and roof rails. A special dumper system will make the SUV run smoother on rough roads.

The 2021 Acura MDX is not getting any significant boost to the price. With $45,000 MSRP, it is one of the most affordable three-row SUVs. However, the cost goes up pretty quickly with additional upgrades. For example, the Advance package costs nearly $7,000. Sport Hybrid is not too much more than the base model. The Type S will cost more than $65,000.

We will know more about the upcoming MDX in the next few months. Well, the Type S could be the final upgrade for the current generation, since it dates back from 2015. Companies are updating their offer more often nowadays and the MDX is already the veteran in the class. 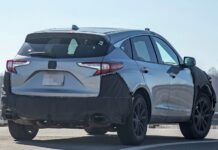 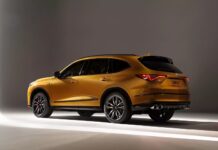