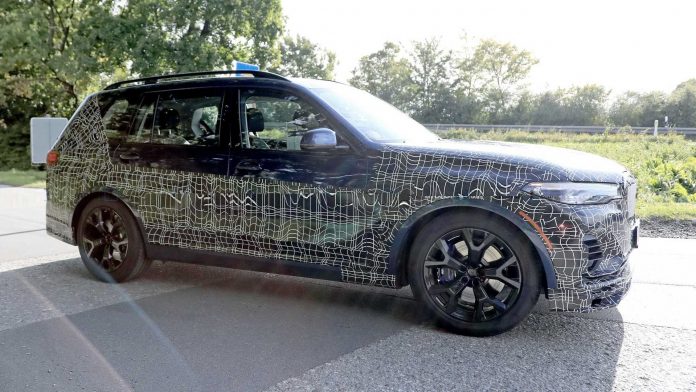 The new most powerful and the most exclusive BMW SUV is not coming out in 2020 as most fans expect. We could see it again in tests, but there is a tiny estimation about the price. The 2021 BMW Alpina XB7 exists, but other details are only speculation, including the cost, specs, and interior features.

So, what do we know about the 2021 BMW Alpina XB7? It will be the most expensive model by the German carmaker. Well, the dominance of the X7 didn’t last for too long. Many experts compare it to the new XB7. The tests are not unveiling too much, but it is obvious this is an upgraded version of the best SUV in the lineup.

The company is also silent about it. Some sources confirmed the SUV will have two versions – European and the US. The first one is going to use a diesel engine with high outputs, while the second one is definitely not getting such a source of power. Still, some estimations say that the US model is going to produce 600 ponies.

The 2021 BMW Alpina XB7 is a reality. The company is already testing it in the Nurburgring and photographers spied it a few times. Well, the SUV is based on the X7, which means a lot of similarities. The test mule has a camo on the front fascia, which means some updates. More aggressive appearance will come along with the improvements under the hood.

We can witness larger wheels than on the X7M. What’s more, it seems to sit lower than its sibling, providing better aerodynamics. Engineers tuned suspension and brakes as well.

The European model is going to explode for 395 horsepower from a 3.0-liter diesel unit. Well, this is not too high, but for a turbodiesel, the main advantage is 560 lb-ft of torque. We still don’t have estimations about max speeds and accelerations times, but be sure that Alpina XB7 is going to be one of the most powerful SUVs in this part of the world.

Compared to the US version, this is nothing. A 4.4-liter V8 is the logical choice, and in the case of the 2021 BMW Alpina XB7, it will hit more than 600 ponies. An eight-speed auto transmission and xDrive all-wheel drive are going to be standard, that is for sure. Whatsoever, precise details will be available during 2020.

The diesel unit is going to be an older one for the new model. That means European buyers will see the performance SUV at dealerships first. According to rumors, the second quarter is the time of the year when the big rig is about to arrive. By the end of 2020, Alpina XB7 will be in the US.

On the other hand, information about the price is incomplete. Until we find out all the details about the SUV, the cost of the new arrival is going to be a mystery. Well, some experts say we can see it even more expensive than the X7M, and the Alpina model could reach $150,000.