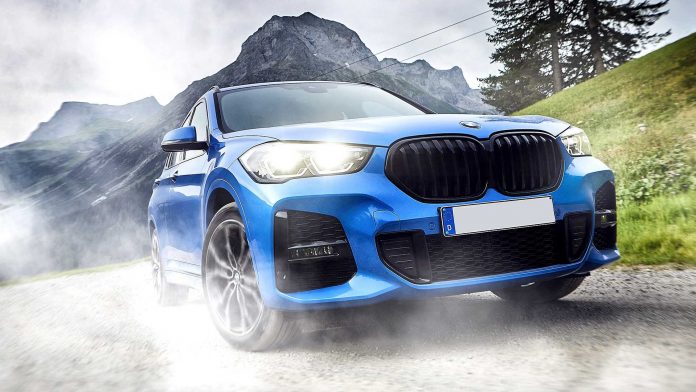 The 2021 BMW X1 will launch the third generation of the subcompact crossover. This is the smallest unit in the lineup and according to rumors, it will be a baby X5. The tiny vehicle is agile and efficient, but still not too popular in the US. In the previous few seasons, BMW achieves 25,000-30,000 sales. Well, buyers in this market love larger models. Still, the Bavarian carmaker takes the challenge and brings it to North America. Across the ocean, the subcompact vehicle is more popular, like the other vehicles of similar size.

The new 2021 BMW X1 will see some important updates that will eventually end up with an all-electric model. The German company prepared the new platform for such vehicles, called FAAR. Lighter body, more options, and better handling are a few things we expect the new architecture will bring. Regarding the styling, the carmaker will use the same language as for the latest X5.

The flagship model, BMW X5, is an all-new vehicle that is going to set some standards in the crossover segment. Most of its siblings will look up to the most popular SUV. One of them is the 2021 BMW X1. Some say the subcompact vehicle is going to be baby X5. Well, fans don’t have anything against and the premium class could get a new star. The X1 will fight other German representatives, Audi Q3 and Mercedes GLA. There are also all-new Lexus UX and Lincoln Corsair in the US market.

The X1 is the smallest unit in the lineup, but it comes with a pretty potent powerplant. If you compare to some other vehicles, you can find much larger crossovers with less power. A 2.0-liter turbocharged drivetrain is good for 230 hp and 260 lb-ft of torque and it seems the company is not going to replace it any time soon. Well, the tiny crossover can hit 60 mph in just over 6 seconds. Buyers can also select Sport, Normal, and Eco drive modes to pick the most suitable performance/consumption ratio. An eight-speed automatic transmission is standard and it sends power to front wheels. Of course, the German company will deploy the famous xDrive. With the premium gas, fuel economy will go over 33 mpg on highways (FWD).

European units are going to be equipped with a 1.5-liter inline-three engine. It is capable to deliver 145 horsepower and 160 lb-ft. The smaller block is less capable and it hits 125 mph of max speed. Also in Europe, you will find 2021 BMW X1 with a 1.5-liter diesel engine. This one is fuel-friendlier, but it creates only 115 horsepower.

The redesign of the 2021 BMW X1will also finds some inspiration in the new FAAR concept. It is an upgraded version of the UKL architecture that leaves more space for hybrid and electric drivetrains. So, the new generation is not all about the styling, but also the new source of power.

The German company announced the new concept and told that FAAR is the platform for front-wheel drive 1-series models. Definitely, the X1 will be the most attractive model in the portfolio. Further information is not available, and fans would like to know approximate mileage and range of the electric crossover.

According to unofficial rumors, the xDrive25e is a hybrid that pairs a 1.5-liter drivetrain with a battery for 217 horsepower. Max speed should be 120 mph while the crossover can reach 280 lb-ft of torque. The xDrive25e will be a plug-in hybrid system and the range should top most rivals in Europe. Still, we don’t know if the US version is getting PHEV or the base hybrid model.

The new generation of the X1 crossover is coming soon. Experts are pretty sure the new series of the vehicle will be available as 2021 YM. Well, it is yet to be confirmed by the German carmaker. Well, they did it with xDrve25e for Europe. Now we are expecting news from the BMW USA. Still, the base hybrid is certain, while the PHEV and EV models will follow.

The price should stay put. The premium crossover doesn’t have space for an increase. For $36,000 buyers can purchase a mid-size three-row non-premium SUV. So, this is why the segment is not so popular. However, the X1 will bring some advanced features.

Besides the hybrid model, we could see the mini crossover with the M performance package. Sportier body and more powerful engines are parts of this upgrade. Also, if the X1 becomes an EV, Level 4 of the autonomous drive is possible. 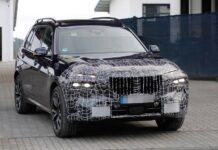 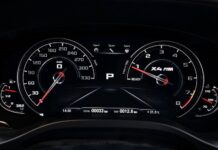