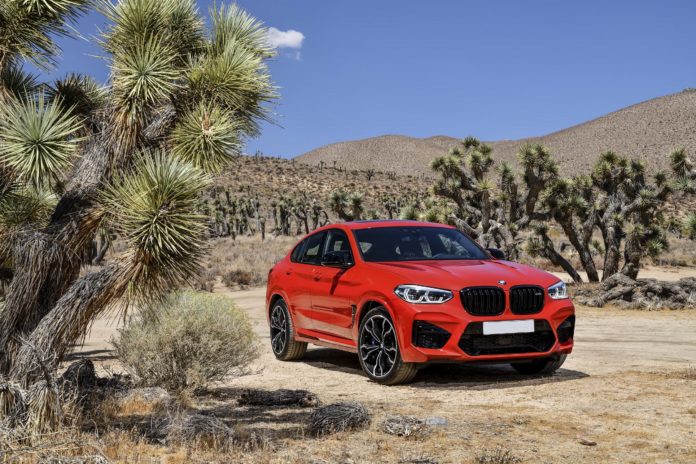 The 2021 BMW X4 is sharing a platform with the X3. So, most changes we see on the compact luxury SUV will be the same on the coupe crossover. For the upcoming season, there won’t be big modifications. The styling will remain the same. Like this year, the German carmaker might update the equipment package. Still, Android Auto is not going to become an option.

Under the hood of the 2021 BMW X4 is a turbo-four engine. It produces enough power for the luxury segment. But, engineers will make it more interesting with a turbocharged V6 unit. The M40i model is available with more power than some mid-size SUVs. At the top of the lineup sits the X4 M with a beast under the bonnet. This is the high-end crossover with the price ($73,000) and power (473 hp).

Without big changes, the luxury small SUV will be available early next year. Details about updates will be available soon. The X3 is getting an electric version, iX3. Can we see the same motor with the coupe body?

The base version of the squad is the 2021 BMW X4 xDive30i. The package is combining a four-cylinder engine and the standard features. A turbo unit is capable to deliver 248 hp and 258 lb-ft of torque. As you can notice in the name of the package, the xDrive means the package comes with an all-wheel drive. This is one of the best features you can get by the Bavarian carmaker. The power router is an eight-speed automatic gearbox and the base model returns 23/28 mpg.

By choosing this vehicle, you will immediately figure out why it is so expensive. A center of the infotainment system is a 10-inch touchscreen display. Navigation is standard, even at the entry-level model, as well as the Apple CarPlay. On the other hand, there is no Android Auto, not only for the xDrive30i but also higher-end SUVs. BMW needs to fix this since there are a lot of fans using smartphones with this operative system. The safety package is stuffed with the latest features.

A year after its arrival to the US market, the carmaker decided to bring a V6 engine as well. Some fans can think 380 ponies are too much for the compact class. But, the high output goes along with aggressive styling. A 3.0-liter inline-six is turbocharged and bursts 365 lb-ft. Again, AWD and 8-speed transmission are standard. Surprisingly, the fuel economy is not suffering too much, returning 24 mpg combined.

The package will improve the driving impression with an adaptive suspension. The M Sport bundle comes with rear differential and special brakes. There are also improvements to the interior, where we find more features, such as 14-way power front seats.

Top of the class version is the 2021 BMW X4 M. This vehicle is not dominant only within the family, but also delivers something no other luxury compact SUV can do. A V-6 engine is tuned for 475 ponies and 445 lb-ft of torque. When you test it, the crossover will sprint 0-60 mph in only 4.1 second. But, that is not all… the Competition package boosts the outputs and makes X4M do 0-60 in 4 seconds flat. Adaptive suspension will make a ride smooth, even on bumpy roads.

The styling is also updated. Inside the cabin, buyers will find M Sport seats. Of course, premium leather with Alcantara details are enhancing the overall impression. Outside, the highlights are 21-inch wheels and of course, coupe styling. The quad exhaust will be another unique detail on the X4M model, but there are also some other details, such as special mirrors, air vents, and roof spoiler.

Since the crossover shares everything with its sibling that uses a classic styling, we can ask what is going on with the electrification? The iX3 is just around the corner. The compact luxury SUV is spotted and the company announced a more aesthetic look. The iX4 with the coupe body could make it more attractive, but also aerodynamic and efficient. According to first details, the electric motor will be able to return 250 miles in a single charge. The German carmaker is developing a technology for faster charging. Currently, the iX3 can get 80 percent energy hit in just 30 minutes (fast chargers required).

The base X4 is more expensive than its sibling. The price is a stumbling block for some buyers. Also, the lack of utility because of the sloped roof is also an issue. But, if you decide to buy the 2021 BMW X4, then prepare at least $51,000. Or, think about a mid-size luxury SUV with seven seats. There are plenty of these to choose with such funds. The M40i model adds more than 100 ponies and this will cost you around $10,000 more. The 2021 BMW X4M is worth every penny since there are only a couple other compact crossovers that can make so much power. A $75,000 price tag is realistic here.