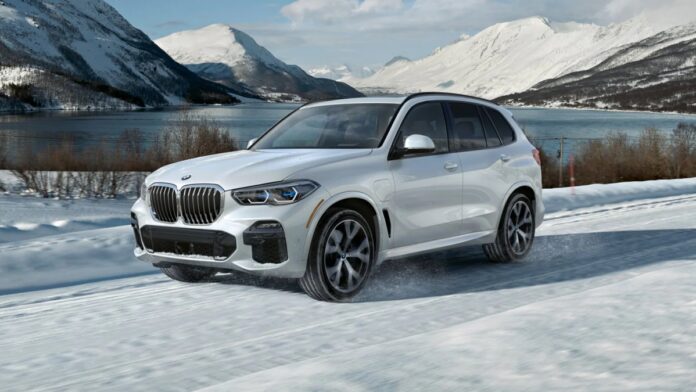 The X5 is still the flagship SUV, although the new X7 drew a lot of attention. The luxury model is relatively fresh, so we didn’t expect too many cosmetic changes for the upcoming season. Nevertheless, the 2021 BMW X5 will come with an updated kit. Drivetrain options are still the same, starting with a six-cylinder engine and 335 horsepower, while the upper packages are going to get the power from the V8 unit. The top of the class model is the 2021 X5M with breathtaking specs and performance. Well, the price is showing a lot with six numbers.

Only the base version will come with the sDrive (2WD) configuration, where xDrive (AWD) is optional, and standard for all other models. A hybrid unit based on the iPerformance and iNext concepts is still not joining the lineup. But, it is possible to see 2021 BMW X5 Hybrid later next year. Mercedes is already using the PHEV system on its AMG vehicles, so the Bavarian company has some catching up to do. A base price and colors remain the same for the new X5.

For now, the 50i model is still questionable. This was the mid-range offer between the base inline-six and the M50i, which adds nearly 200 ponies. Wireless Android Auto services are now there with the entry-level offer, as well as the satellite radio. If you select the Convenience bundle, a remote start is one of the new features. Further up the lineup, the Premium package uses Harman Kardon sound system, instead of the B&W found on the M50i. Massage seats can be added only as the sole upgrade, not being part of other packages.

The entry-level model is coming with a 3.0-liter turbo I6 engine. This is a reliable partner and the base offer for many BMW vehicles. For the mid-size luxury SUV, it delivers 335 horsepower and 350 lb-ft of torque. An eight-speed automatic transmission is mated to the engine and only in this case you can purchase the sDrive that sends power to rear wheels. The xDrive45e version is getting energy to all four corners. The start/stop system is also there, but it can be turned off if becomes annoying.

An I6 can meet the demands of most buyers. Where more power is required, 4.4-liter V8 steps in. The 50i version is still not confirmed. It creates 455 hp and 480 lb-ft, which is a step before you decide to explore the 2021 BMW X5 M50i configuration with 530 hp and 555 lb-ft coming from the same drivetrain. Both these versions are exploiting the xDrive system and the max towing capacity reaches 7,200 pounds.

Rumors about the hybrid version of the X5 SUV are present since the generation five came out. Nevertheless, there is no trusted sources to provide any details about the vehicle. On the other hand, we heard that BMW is working on such a powerplant. Well, there are a few big concepts and systems that can provide ideas, and the Bavarian carmaker is also making clear that autonomous drive Level 4 is coming with the next electric iX5.

There is no hybrid engine to increase efficiency. But, engineers will squeeze 600 horsepower from a 4.4-liter V8 engine. All you need to do is to purchase the 2021 BMW X5M version. Well, its price is in the six-digit realm, but the upgrades are breathtaking. It is not all, since the Competition package is optional and it adds even more ponies (15 hp). It will make the clock stop under 4 seconds before the SUV hits the 60 mph mark from zero.

Ten paintjobs are available for the upcoming 2021 BMW X5. The base versions will offer Alpine White, Tanzanite Blue, Ametrin, Manhattan Green, Arctic Grey, Phytonic Blue, Mineral White, Dark Graphite, Black Sapphire, and Jet Black. The M model will cut down some options. Carbon Black is added, and there are also six out of ten standard paints in the palette.

The new X5 costs are slightly more than its predecessor. Well, without big changes, there were no reasons for the price bum, which now starts just under $60,000. It is significantly higher from many rivals, including Lexus RX (best-selling mid-size luxury SUV), Lincoln Aviator, or Volvo XC90. On the other hand, the main rivals from the same country are priced similarly (Audi Q7 and Mercedes-Benz GLE). The 2021 BMW X5 seats five passengers. Optionally, you can upgrade the interior with a third row and make it a seven-seater.

The M50i high-performance SUV and its nearly 200-hp upgrade will increase the MSRP by $25,000. The X5M is the most expensive with the price tag hitting $105,000, or $115,000 with the Competition package. We expect the pricing of the hybrid unit, which might be a little late because of the COVID-19 outburst that caused a lot of delays in the automotive industry.