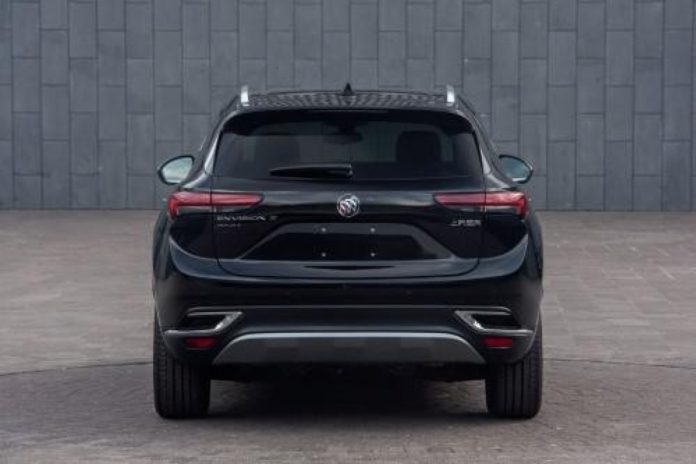 Envision is a compact crossover placed between Enclave and Encore. The vehicle is the one that took hardest hits in US/China war and Trump’s policy. Still, it survives and next season we will see the 2021 Buick Envision with modest updates. If you are after this nameplate, it would be wise to see what happens with the crossover. The carmaker announced plans to revoke the Envision from the US market. But, that didn’t happen. In 2022, the GM could launch the new generation instead.

The upcoming 2021 Buick Envision will update exterior colors and interior. We’ll see what else General Motors is up to. The ace upon the sleeve could be the Avenir package. Currently, the crossover uses two levels of Premium bundle, Essence, and Preferred trim levels. Another option is an electric vehicle. The concept that underpins such configuration is Enspire. Some sources claimed the company is about to rename the Envision. Conventional engines serve great, so we see no reason for replacement. Upgrades are always welcome, especially if greener units are on the way.

The 2021 Buick Envision will go through a minor facelift before the company decides what’s next for this vehicle. The compact crossover class is the most popular at the moment. However, we cannot say that for the luxury segment, where sales significantly drop compared to the non-premium tier. Still, there are enough buyers that don’t save money to make their ride mode comfortable and convenient.

The future of the SUV is still questionable. We could hear the GM plans to discontinue Envision. However, US buyers are seeing it at dealerships. Meanwhile, the new crossover has been spotted on the streets. The Enspire concept is a compact crossover, which reportedly gets power from a 2.0-liter turbo engine. The same sources are claiming the small SUV will deliver less power than Envision.

On the other hand, brighter details are informing about the next-gen model. It will appear in 2022. General Motors already announced electrification and the Envision could be the EV crossover. This will definitely boost interest and sales.

The subcompact Encore is offering a special trim level called GX. This is a larger vehicle than the base one. The 2021 Buick Envision GX is not confirmed yet, but it could take the position between the standard edition and a larger Enclave. The demand requires new classes and such sub-tiers are not so strange any more. Other carmakers are also adding vehicles that cover lacks of models who inspire them. Envision GX is already available outside the United States and this could be one of the biggest update for the upcoming season and beyond.

The crossover is pretty versatile thanks to the trim levels it offers. The base model is already a premium vehicle. Still, most buyers don’t mind adding slightly more money to get the preferred version with Apple CarPlay and Android Auto. There are also a few cameras for assistance. The 2021 Buick Envision Essence is enhancing the ride with a turbo engine, while Bose delivers audio system. Top of the class versions are Premium and Premium II. The other one comes with navigation and HUD. As we can hear, the company could rename it to the 2021 Buick Envision Avenir. Like for the Enclave, this will become the top-notch offer.

A pair of four-cylinder engines are the powerhouses for the 2021 Buick Envision. The base model is using a 2.5-liter naturally-aspirated mill with 197 hp and 190 lb-ft of torque. This is not a bad output, but it still lacks power compared to other premium crossovers. So, the GM adds another option, a turbo-four engine. A 2.0-liter drivetrain is capable to burst 235 hp, which is something you expect from the premium crossover. Still, both units are not so keen on towing with the capacity of just 1,500 pounds. A nine-speed automatic gearbox is a power router that distributes energy to front wheels by default, or all four corners on demand.

To refresh the offer, 2021 Buick Envision will offer new paintjobs. Well, most of the palette will remain there. The only free option is White color, while the crossover also offers five different paints for all other trims. You are going to find different designs of the interior.

The new crossover is going to cost from $33,000 before the destination fee. The Preferred model has a price of $2,000 above this, and Essence adds another 2 grand. Premium version is breaching $40k, while the new 2021 Buick Envision Avenir is not going to be under $45,000. However, most options are included, so the price can’t go up too much more. For example, the most expensive upgrade is the Confidence package with surround vision and it costs $1,500. Full-loaded crossovers will still cost less than $50k. 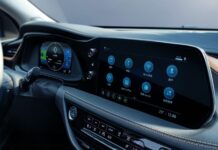