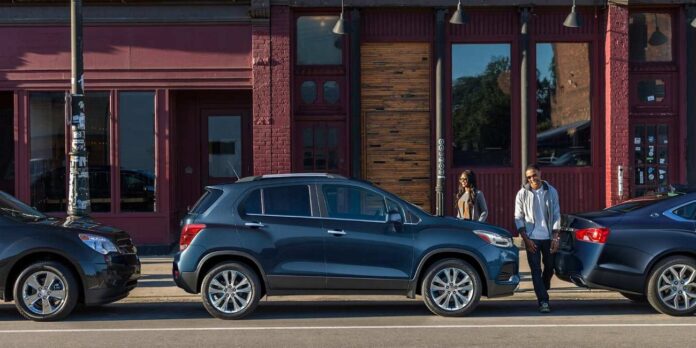 Although many experts said the Trax is done, it will have at least one more run. A model for the next season is coming unchanged. All the attention is now on the new Chevy Trailblazer. Some said it will replace the 2021 Chevrolet Trax, but it actually slots between the subcompact crossover and compact Equinox. General Motors expands the lineup with Blazer and Trailblazer, and the company offers the most crossovers and SUVs in the US. Include GMC and Buick vehicles here as well.

The company unveiled a few things which will be changed for the 2021 Chevrolet Trax. Physically, there are no modifications. New colors will refresh the interior and exterior. The Premier trim is in history now, but the carmaker is going to offer more optional packages. Plus, other trim levels will come with more premium features than before. The crossover is still in the first generation, and a lot of questions were asked about its future. For now, Trax is still part of the lineup. It was the best-selling model in its class in 2019 and Buick Encore is the only other subcompact crossover that managed to achieve 100k sales in the past year.

The subcompact class is there to offer exceptional mileage. The power is sacrificed to reach this goal. So, a small 1.4-liter block will deliver only 140 horsepower, but it can return 28 mpg combined. A six-speed automatic transmission and front-wheel drive are the standard configurations. Optionally, you can upgrade the system with an all-wheel drive. In this case, the crossover consumes more fuel.

Since there are no serious upgrades for the next season, the 2021 Chevrolet Trax is not coming with the hybrid unit. Well, these vehicles are already very efficient and it is questionable if such technology would add some miles. A few upgrades would make the Trax heavier and less agile. The boost of the fuel economy is questionable because of this and the sacrifice already takes away one of the advantages. The company is keener on the all-electric crossover. But, it won’t be called Trax.

Official updates for the 2021 Chevrolet Trax include changes across all the packages and trims. The Premier model is not available at all. Four colors are going to join the palette. These are Crimson Metallic, Iridescent Pearl Tricoat, Midnight Blue Metallic, and Shadow Grey Metallic. These will replace Satin Steel Metallic, Nightfall Grey, Red Hot, Cayun Red Tintcoat, and Blue, which are not available anymore for this crossover. Also, GM deleted 18-inch Silver aluminum wheels and chrome accents for the body-color door handles.

Inside, you won’t be able to purchase power sunroof and Bose audio. Like for the exterior, the 2021 Chevrolet Trax interior is offering new colors. The LT package is now available with premium cloth upholstery. The Premium Seat is the new package in the offer and it comes for the LT trim. Heated front row and leatherette seats are the upgrades. SiriusXM is not included only in LT anymore, but also the LS version.

Lifestyle package is also new, as well as the Road Trip bundle. The 2021 Chevrolet Trax offers some of the coolest options, such as keyless start and open, leather wheel, or 6-say power driver seat. Midnight and Redline Editions are still available through special upgrades of some trims.

With the deletion of the Premier model, there are only two trim levels available for the subcompact crossover. The LS is now the base package, while more options are coming with the LT. We already mentioned some of the features. Highlights of the LS edition are 16-inch wheels outside, and infotainment system with Apple CarPlay and Android Auto inside. LT improves a lot of things. We will mention only cruise control and upscale materials as the first things you can notice.

The 2021 Chevrolet Trax is the best-selling model but in the least interesting class of the crossover and SUV segment. That is the main reason why people were worried about their future. Nevertheless, General Motors is packing Chevy’s lineup with all kinds of vehicles. We have two full-size models coming next year totally upgraded. Equinox was about to join the party, but the arrival is postponed for 2022. Also, the new Traverse is on the schedule, Blazer recently came back, and its smaller brother Trailblazer is also debuting in 2021.

Plus, GM announced that engineers are working on the all-electric model. Chevrolet Bolt is becoming larger, joining the crossover range. This was also one of the reasons for suspecting in the future of Chevy Trax. For now, the mini SUV is still there, but it will need a serious redesign and more options to remain interesting to fans and buyers. On the other hand, this is one of the best vehicles for rookies and young drivers.