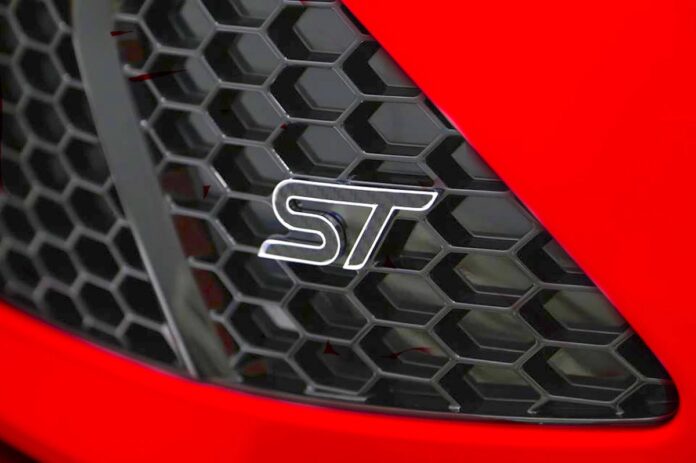 Ford Performance is the special department of the Blue Oval company. When they take a vehicle under their own, the result is stunning. Unique upgrades, visual and mechanical, are raising the new trim above the existing lineup. The 2021 Ford Escape ST is the next project by the Performance team.

The carmaker discontinued the production of sedans in the US. This move also canceled ST versions of Fiesta and Focus. So, fans will seek replacements. In the SUV class, we can find mid-size Explorer and Edge offering the special package. Nevertheless, these vehicles are huge. The perfect replacement for performance-tuned sedans will be the 2021 Ford Escape ST.

But, experts are taking this with caution. Most of them are still skeptical about the debut of the performance model. No other carmaker is taking this step in the compact class (unless it is a luxury segment). So, the Escape ST would have a clear path to conquer the market. But, the main question is – are the buyers interested in such a vehicle? The compact crossover is offering sporty drive and whoever wants extra power, looks from the products from the mid-size SUV market.

For now, the 2021 Ford Escape ST is just a rumor. This company loves to brag with their plans and surprises are coming rarely. Bronco SUV was announced a few years ago and its lighter version in 2019. Before Mach E electric SUV was officially out, we could read announcements about the development. So, that is why we are taking the Escape ST with reserve, at least for 2021 season.

On the other hand, Ford is already preparing a performance variant of its newest model, Puma. The subcompact crossover for the European market will arrive with a 1.5-liter turbocharged inline-three engine. Furthermore, the Kuga crossover, rebadged version of Escape for European and few other markets, is also getting the ST package (do not mix it with the ST-Line). So, all this news is giving us the right to hope and see the 2021 Ford Escape ST.

Like said, the ST upgrades are available for Escape’s larger siblings. But, it is not exactly what fans are expecting. Driving a smaller performance-oriented vehicle is way more enjoyable. With the discontinuation of sedans, Ford needs a replacement. If you try to find a high-performance version of any compact crossover, you need to look at the premium class. Some models here can offer 400 horsepower, and many are available with 300 ponies. But, there are no compact SUVs with packages that will tune the performance. The only potential rivals to the 2021 Ford Escape ST would be VW Tiguan R. The crossover is confirmed for the European market. Still, Volkswagen would rather deliver a hybrid model for North America. Also, Hyundai announced the N version of Tucson. Well, we expected to see it last year, but the Korean company disappointed all the fans by postponing the debut.

Under the Hood of the 2021 Ford Escape ST

What can power the new version of the crossover? It must be a powerful engine that will create a lot of power and torque. A 2.3-liter EcoBoost seems to be a perfect choice. First, it creates 300 horsepower and 310 lb-ft of torque for some models. Plus, it is the drivetrain of Focus ST, the car that shares the architecture with Escape crossover. So, it won’t be a problem for engineers to adapt the new engine to the existing platform. A V6 is not an option, while the smaller inline-three unit will arrive in the US with the new Puma ST. EcoBoost unit is mated to a seven-speed automatic transmission on the Ford Focus. But, the company has a few more options here.

The conclusion is that the 2021 Ford Escape ST is possible. Without competition, the company will have a whole new world for itself. On the other hand, the high-performance luxury crossovers would be major competition. It is not easy to take away buyers who got used to the premium equipment. Still, the ST is not all about the performance. Special cosmetic upgrades will make the crossover sportier and eye-catching. That is the first thing Escape ST has to do. After that, the performance is not a doubt.

On the other hand, Ford recently added a very efficient hybrid powertrain to the lineup. Escape Hybrid is capable to return 44 mpg, which is the new class-leading fuel economy. The race is heating up in this segment, while the performance-oriented versions are not in the first plan anymore. Buyers looking for the extra power are finding perfect configuration in the mid-size SUV class, or in the luxury segment. BMW X3, Mercedes GLC, Volvo XC60, Cadillac XT5, are all starting with 250 ponies under the hood. The ST package will make the Escape pretty expensive. On the other hand, it will lure more buyers looking for traditional values.