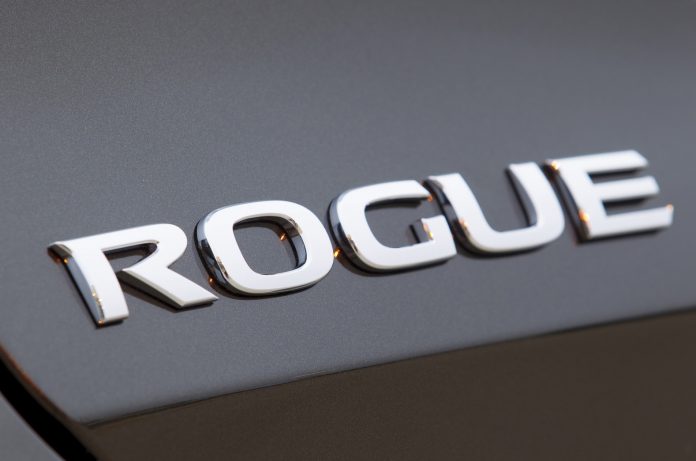 It is a surprise why Nissan is not updating its best-selling vehicle in the US. The compact crossover class is evolving pretty fast, and Rogue dates back from 2014. Of course, there were slight changes over this period. Also, the carmaker recently added the Rogue Sport model to the lineup. Still, we expect a lot from the 2021 Nissan Rogue.

There are several reasons why we believe the new model is going to impact the class early next year. First, the Japanese manufacturer announced big changes, not only in the crossover and SUV classes. Of course, the flagship model has priority over other vehicles. Plus, we can witness some changes thanks to spy photos. First images are available, and these will tell you what to expect from the new 2021 Nissan Rogue.

Fans can see a part of new styling, fresh interior, and a huge infotainment screen. But, we cannot prove the new engine configurations. The hybrid system should be more efficient to keep up with the competition. Plus, we could see the plug-in setup for the best performance. Let’s see what we know about the new Rogue and what else we can expect.

Spy shots we can find are showing a heavily camouflaged crossover. These covers are hiding the huge portions of the Rogue’s body. Still, fans spotted a few new curves and shapes, which were not available on the previous model. The 2021 Nissan Rogue should get the new front fascia. Split headlights are the highlight of the redesign and we can see a similar design on the new Juke. Taillights are getting the boomerang shape, while the side of the vehicle is nearly the same as before. A grille is larger with the traditional V-Motion design.

The size of the 2021 Nissan Rogue is the same as before. The crossover will be 183 inches long. 17-inch wheels are standard, but buyers can get larger rims through optional features and higher-level packages.

We can throw a glance into the cabin of the new 2021 Nissan Rogue. The crossover is under the full reconstruction and heavy covers inside prove that. But, the company couldn’t hide a new infotainment display, which is significantly bigger than before. What’s more, the driver’s command center is also new and more transparent than before. Some buttons are unveiling further upgrades, such as climate control. We also can see new seats, steering wheel, and numerous details, which will be added in the final stages of development.

The upcoming 2021 Nissan Rogue will refresh the engine room as well. A 2.5-liter four-cylinder engine is certain. It is a reliable source of power for the crossover in the last generation. The new one will get a boost and we believe the I4 mill will be able to deliver 185 hp and 180 lb-ft of torque. In the Altima sedan, engineers tuned it to 190 hp. Fans were expecting an update in the transmission box. Unfortunately, it seems like the CVT is still there.

Besides the enhancing existing drivetrain, Nissan will also add a turbocharged engine. A 2.0-liter turbo model will be ready to burst more power, with outputs reportedly going up to 250 hp.

Rogue still sells great, although its rivals are newer and more efficient. Honda launched a hybrid version of the CR-V crossover, which reaches 40+ mpg. Toyota Rav4 is a step ahead, and the Japanese company is preparing the launch of the plug-in hybrid version.

The Rogue hybrid is not showing up in 2020. Well, fans shouldn’t be worried, since the company is bringing it back very soon. With 32/33 mpg of combined fuel economy, this system was not good enough to compete with Rav4 and CR-V. After the update, the 2021 Nissan Rogue hybrid will be able to respond and return more miles per gallon. According to spy photos from outside the US, where Rogue appears as X-Trail, the new version comes with the plug-in system. Cooperation with Mitsubishi will result in a vehicle that can go 45 miles by using only the electric battery.

More about the pricing and trim levels on the new 2021 Nissan Rogue will be known when the crossover officially debuts. Spy photos are not enough and there are many other details to be unveiled. Still, we know that big update is on the way and most things can’t surprise enthusiasts. Nevertheless, the upcoming model could also get a higher level of autonomous drive, since Nissan is planning to upgrade the ProPilot. Rogue was one of the most affordable compact crossovers in the segment and the new version is definitely going to cost more than before. 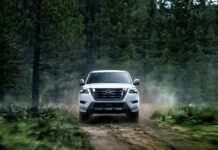 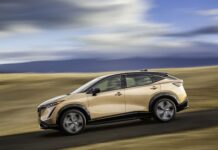 What is Happening with 2023 Nissan Ariya? 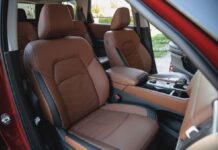 2023 Nissan Pathfinder: Will We See a Hybrid Model?