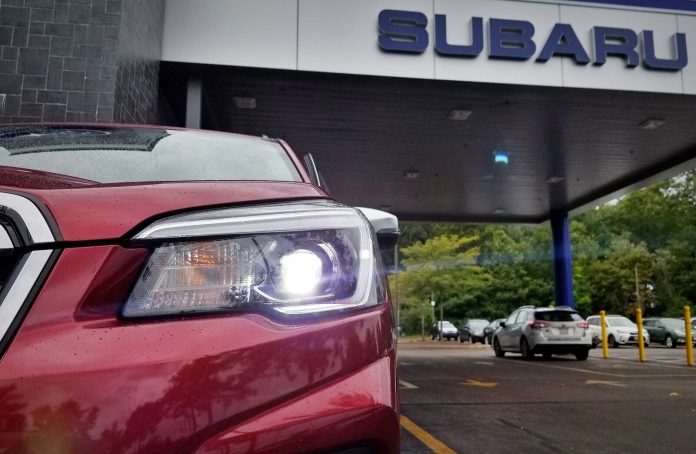 The first renders are pretty interesting, but we don’t believe the crossover will look like the prototype. Other rumors are mentioning a hybrid drivetrain, not only the return of the 2021 Subaru Forester XT, or STi, whatever the company will call it.

The redesign is out of schedule since the model is pretty fresh. Forester with the new styling debuted in 2019. The cut of the turbo engine and its trim level was not a big hit since the vehicle arrives in four trim levels. Besides the standard model, there are Sport, Premium, Limited, and Touring versions.

Subaru is well-known for its Boxer engines. One of them was a 2.0-liter turbocharged four-cylinder unit with 250 hp and 258 lb-ft of torque. Many buyers reported that they fall in love with this model at first sight. Not a surprise since the engine delivers punchy acceleration. Drivers had an option to pick either six or eight virtual gears on the Automatic High-Torque Lineartronic CVT. All-wheel drive was standard.

Most of these features could come back. Well, the low rating of sales is the biggest issue. Only 5 percent of sales used to go for the XT model. With improvements and a better price, the 2021 Subaru Forester STI could make an immediate impact on the market. Still, we don’t have any official info about this model. The company added the Sport model as XT replacement, but it is not approved by fans.

Another portion of rumors was related to the hybrid engine. Well, it is happening right now, since the Forester crossover for the Asian market is just out. It is called 2.0i EyeSight, or e-Boxer. The base unit is a standard 2.0-liter four-pot powerplant with 150 hp and 140 lb-ft of twist. The model is getting a boost by a small lithium-ion battery that produces 15 ponies and 50 lb-ft for the entire system.

Well, there is a lot of speculations surrounding the 2021 Subaru Forester. One thing is sure, the crossover will continue to use a 2.5-liter engine as the base choice. The flat-four unit is good for 182 hp and 175 lb-ft of torque. Exceptional fuel economy is definitely something that draws the attention of buyers. The new Forester returns 30 mpg combined. A seven-speed automatic gearbox is standard and the crossover comes with paddle shifters. The towing capacity is not so good, rated at 1,500 pounds. Of course, AWD is standard.

DriverFocus is an advanced feature for the Forester. Only the highest grade of the crossover, Touring is offering it as part of the standard package. The system will recognize the fatigue and distraction of a driver thanks to special sensors. For example, take your eyes off the road for three seconds, and the DriverFocus is going to beep. What’s more, the crossover will also slow down automatically.

DriverFocus is cool, but Subaru is ready for the next level of the autonomous drive. We are still missing a lot of details about this system, but the Japanese carmaker should debut with Level 2 and in the foreseeable future, we could see Level 4.

The base version of the new Forester will keep the same price. The offer starts at $25,000. Premium and Sport versions are still below $30,000, while the Limited version is above this mark. The most expensive package is Touring with the MSRP price around $35,000.

When Will Hybrid and Turbo Models Arrive?

This is the major question about the 2021 Subaru Forester since the rest of the lineup is pretty much unchanged. Fans expect new models eagerly, especially hybrid, which debuted in Asia. It could arrive soon to the US shores. The precise release schedule is unavailable yet. On the other hand, the turbo engine is not so likely to re-appear so soon. Still, if fans get their voices up again, the company could decide to speed up the development of the STI model.

The upcoming Mazda CX-4 is expected to challenge Forester. Read more about it HERE. 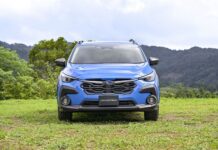