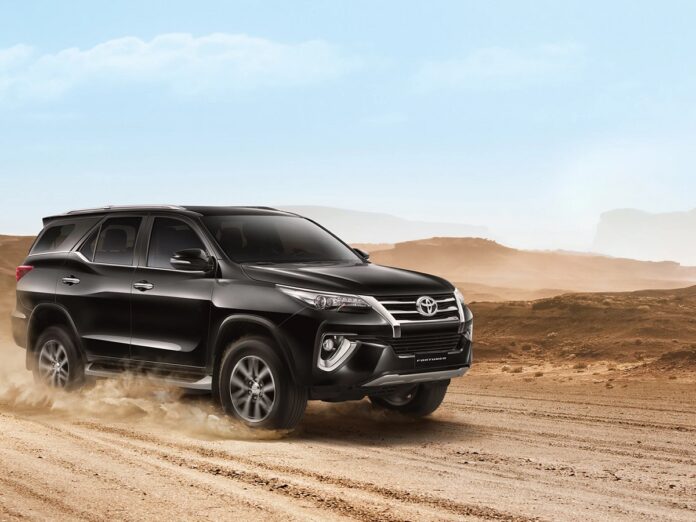 The mid-cycle update of the 2021 Toyota Fortuner will make the mid-size SUV more aggressive and appealing. Some rumors are mentioning the sales launch in the US market, but we find this unlikely. Highlander and 4Runner SUVs are positioned excellent and Toyota has no reason to replace them.

The current edition of the popular SUV arrived in 2016 and ever since the company didn’t change it too much. The last update happened this season, but updates were minor. Now, the higher dose of modifications will try to lure more attention and position the 2021 Toyota Fortuner better in the market. The United States might be the biggest stage, but a large SUV manages to achieve a respectable number of sales worldwide.

Factories that will produce the Fortuner are in Pacific Asia (Thailand, Malaysia, India…), Africa (Egypt, South Africa), and South America (Argentina). Toyota will definitely try to make a breakthrough to the European market before the vehicle heads across the ocean to the US.

Many fans expected to see the redesign this year, but Toyota had other priorities. In the same segment, we saw the debut of an efficient hybrid system for Highlander, while the TRD Pro lineup was expanded to the Sequoia SUV. Now, it is turn for non-US models to shine. The 2021 Toyota Fortuner facelift is not the only change we can see from this company. The comeback of Venza is complete, while further development will result in all-electric crossovers and SUVs. Also, we could see the HiLux truck in the US as well. Land Cruiser Prado is heading to the new generation, according to rumors.

But, let’s return to our topic. The 2021 Toyota Fortuner needs the first big revisit. However, do not expect too much. The SUV is already bold and eye-catching. The new edition might be slightly larger than its predecessor. That means we will see a vehicle at least 190 inches long. The new Nissan Terra and 192 inches provide extra space and it is one of the direct rivals to the Fortuner. Besides the interior comfort, the SUV will gain extra pounds. To avoid fuel economy damage, lighter materials will be in the body.

Diesel engines are more popular worldwide. So, the 2021 Toyota Fortuner will be available with three such configurations. The smallest displacement is a 2.4-liter unit with 150 horsepower and 250 lb-ft of torque, which can go up to 300 pound-feet if you pick an automatic transmission. A six-pace manual gearbox is standard. The same cases are there for a larger 2.8-liter unit. Again, setup with an automatic gearbox will produce higher twist power – 370 lb-ft compared to 310 pound-feet coming from the SUV with a stick. Power output also jumps (205 ponies). A 3.0-liter 1KD-FTV is one of the engines considered as an option for Tacoma diesel truck. However, this is not going to happen, and the engine remains one of the units for the Asian market.

Two petrol units are 2.7 and 4.0 displacements. Both of them can be found in the US. The first one is also the base solution for the Highlander SUV. For the 2021 Toyota Fortuner, it creates 160 hp and 180 lb-ft of torque. Power is not a reason why you should pick it, but a fuel economy. Nevertheless, the large SUV needs energy and it comes from a 4.0-liter V6 drivetrain. With 235 horsepower it is the mightiest engine in the lineup.

A hybrid unit is not likely to happen any time soon. However, there are a few cool configurations already available in the US market. Still, regulations in countries where Fortuner is being sold are not so strict with emission standards. So, the SUV will rely on conventional petrol and diesel setups for a few more years.

The 2021 Toyota Fortuner will be built on the truck platform. Such vehicles are quite popular and the Japanese carmaker will find a lot of rivals to its SUV. For example, Ford Everest, or Endeavour, is using the same architecture as Ranger pickup. We already mentioned the new Nissan Terra. This is the fresh model and expectations are high. Definitely, it will draw the most attention if something newer doesn’t show up. Isuzu MU-X is entering the new generation on the fresh platform which will Japanese company develop in cooperation with Mazda. Mitsubishi Pajero is a 4×4 legend, but it is counting down its days in the market. The carmaker is very close to discontinue the vehicle after nearly four decades in production.