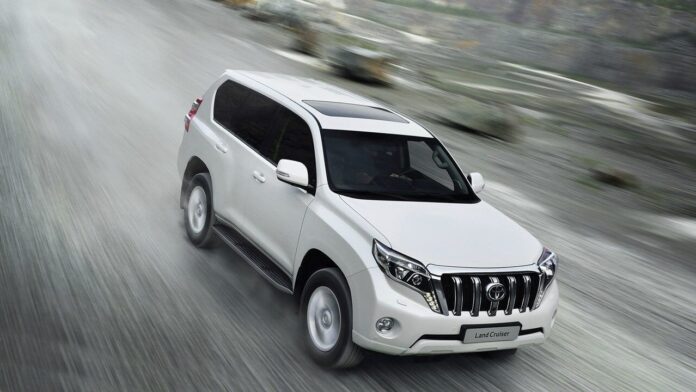 It is time for the big update of the 2021 Toyota Land Cruiser Prado. The crossover SUV is a lighter version of the popular luxury model, which could also bring the new styling. The 300 Series of the legendary SUV is the priority and this move will cause changes on the Prado edition. The vehicle is not available in the US. There, the closest sibling is the Lexus GX, also Toyota’s premium SUV.

The SUV is currently 190 inches long. The upcoming changes could make it slightly bigger. Extra space could be used for the third row. Of course, the new look will draw the most attention. Prado SUV is already old. The current generation dates back from 2009 and the latest redesign happened in 2017. The 2021 Toyota Land Cruiser Prado could start the new series, especially if the LC 300 hits the market as well.

Speaking of changes, the only update under the hood is even older. LC Prado is using 4- and 6-cylinder units in the combination with an all-wheel drive. Various sources are speaking about the hybrid drivetrain for the Land Cruiser. Again, if this happens on the LC, Prado will also get benefit from these changes.

The powerplant offer depends on the market. The 2021 Toyota Land Cruiser Prado is not going to use V8 engines as its bigger sibling. Well, the US cousin is getting power from a motor with eight cylinders (4.6-liter displacement).

A 2.7-liter petrol engine is good for 165 horsepower and 180 lb-ft of torque. This is one of the reasons why we cannot consider Prado a full-size SUV. Such outputs are for compact or eventually mid-size class. Still, this is the entry-level offer and upper models will bring more power.

A 3.5-liter V6 is a reliable and durable unit with nearly 300 ponies. On the other hand, only buyers in China can purchase the 2021 Toyota Land Cruiser Prado with this powerplant. Another engine is part of the lineup – a 4.0-liter V6. The large displacement is not adding too much more power but consumes extra fuel. But, if you like off-road adventures, this is the right option.

A few diesel configurations are also available for the SUV. A 2.8-liter D-4D configuration might also hit the US lineup. This one is considered as one of the favorites for the Tacoma truck. Hilux is already using it. Also, it is going to be the most favorite unit for the upcoming 2021 Toyota Land Cruiser Prado. With it, the SUV can count on 175 horsepower and 330 lb-ft of torque. A six-speed automatic transmission is the power router for most configurations and 4×4 is standard.

Another diesel unit in the lineup is a 3.0-liter engine. Like the smaller displacement, it also uses D-4D technology and 4×4 in the combination with a 6-speed auto gearbox. Although bigger, it is not more capable. A 3.0 setup is good for 160 horsepower and 295 lb-ft of twist.

In North America, Toyota is producing premium SUVs with the Lexus badge. Prado’s sibling in the largest market in the world is GX. Both vehicles are seven-seaters. Still, the US buyers are keener on extra power. A 4.6-liter V8 petrol engine is the main source of power and creates more 300 hp and 330 lb-ft. Also, two vehicles are sharing the same platform and the length is similar.

The 2021 Toyota Land Cruiser Prado might start the new generation of the mid-size SUV. Even if this doesn’t happen, it is time for a big portion of changes. The redesign will update the look of the vehicle. We have some clues about the new Land Cruiser and experts believe the Prado is going the same way. Still, we don’t have too many clues about the SUV. A few months ago, some spy photos appeared, but Toyota did not confirm the next-gen. However, the LC Prado is already older than most rivals, so the update is certain.

Not only the exterior but also the interior is going to be refreshed. Basically, the 2021 Toyota Land Cruiser Prado is a seven-seater with a five-door layout. However, in some countries, it comes with two doors and two rows of seats. The level of equipment is making the SUV pretty luxurious. The new version will improve the infotainment system, with the Entune probably entering the new generation. Also, a larger screen will be available, either as the standard or optional accessory. Finally, we expect more news about the autonomous drive system. Toyota hinted that developers are testing Level 4, but it won’t be available so soon. Also, the new Prado is going to need a kind of electric engine, either PHEV or pure EV.