The sales of electric vehicles are growing in Europe. The latest reports say that in Norway, more than 54 percent of new cars purchased are EVs. Ten years ago, the share of electric vehicles in the overall sales chart was just 1%. It is obvious in which direction the automotive industry is developing. We are witnessing more and more concepts that show vehicles with an electric source of power. Companies such as Tesla broke the ice and made these models competitive against conventional units. Nevertheless, this technology is still expensive, which makes the prices being higher than gasoline or diesel-powered cars.

One of the companies that promise an electric future is BMW. The iX5 concept is probably the most anticipated SUV in the lineup. The German carmaker will make the iX3 available soon. However, the iNext platform will serve as the base for the 2022 BMW iX5 as well. The electric SUV will combine elements of the new platform and an old, legendary vehicle.

There are a lot of questions about this model. Will there be the 2022 BMW iX5M performance edition and can it get on the line with Tesla Model X? Also, bosses mentioned that one of the priorities is going to be the Level 4 autonomous drive. Currently, there are no production vehicles with self-driving features that are higher than Level 2. But, we must take BMW seriously about this. During 2021, more official details will be available about the iX5. We hope to hear the release date and approximate prices. 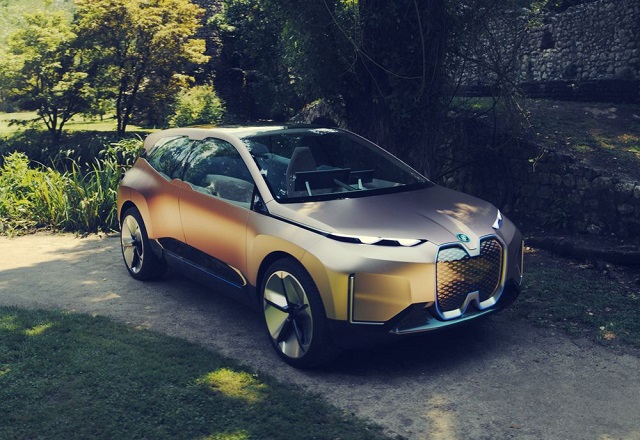 What is the iNext concept?

There are three things that will iNext prioritize for all the vehicles it inspires. First two we already mentioned. The growing interest in electric vehicles puts on test all the leading carmakers from Europe, Japan, and the US. BMW and other German companies seem to be ready for such a challenge. The iNext Vision is the architecture for all the future EVs.

Then, there are two topics that cover drivers and passengers. Again, we already mentioned the autonomous drive. It somehow comes along with the electric drivetrain. But, the level it reaches is crucial. The differences between Level 3 and Level 4 are minor, so most carmakers say they would skip the lower tier. And the higher one is already on the task list for BMW, Volvo, Nissan developers.

Finally, technology is evolving very fast nowadays. There are more requirements for easy and convenient connectivity with smart devices. That is why the infotainment system is going to introduce radical changes. Well, we already got used seeing that from the German carmaker, and the 2022 BMW iX5 will be the crown jewel in its collection. 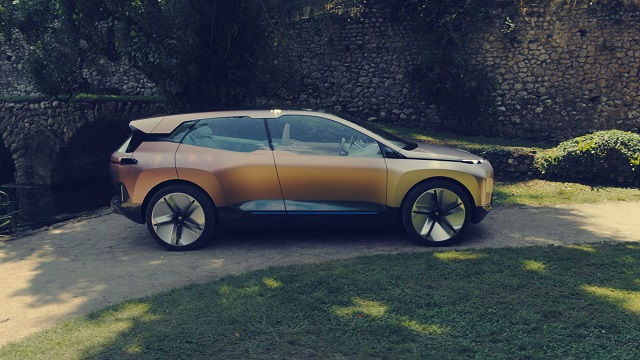 The 2022 BMW iX5 will appear first in Germany and the UK, and then it will become available in other markets. The most details we are getting from the United Kingdom, where test mules were spotted already. Also, a few sources are claiming the German carmaker will deliver one of the most efficient batteries in the market. With 375 miles in a single charge, that is more than enough to convince many fans BMW iX5 is going to offer something special. Dual electric motors are ready to produce more than 500 horsepower which will be distributed to both axles. The xDrive will have to be adapted for the new drivetrain, which will be installed under seats. It leaves room under the hood for extra cargo space.

The company is also improving recharging systems. So, at this moment, it is early to speak about the times needed for the battery restoration. Germans are always ahead of the competition, so it could take less than an hour in the foreseeable future. Also, BMW will expand the network of recharging stations across Europe.

The iNext Vision concept offers some cool solutions for the future electric SUV. On the other hand, it seems too minimalistic. So, designers are going to combine elements from the iNext and X5 SUV. However, huge dual touchscreen displays fits great into the luxurious concept. Also, the exterior is going to feature a significantly larger grille than before. It is somehow a route of all the companies. BMW is a leader here, looking at kidney grilles from some while ago and styling at present time.

Soon, we will have more official details about the 2022 BMW iX5. The electric SUV is arriving to Europe first, and we might see it in the US somewhere next year. Sources claim the production is starting this summer. The price will depend on the level of features the iNext concept is going to carry over to the production version.