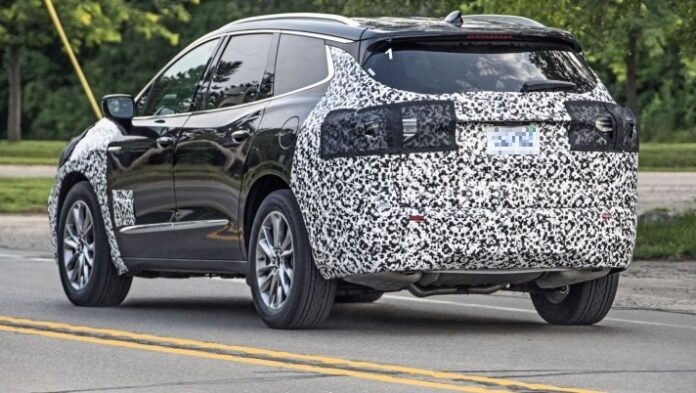 Like most GM’s models for 2021, the company moved the premiere of the Buick Enclave as well. So, we will see it as 2022 YM, as well as the Chevy Traverse 7-seater SUV. The first postponed crossover was Chevy Equinox, that was supposed to come out already in 2020, and then the COVID-19 outburst happened. The 2022 Buick Enclave is also brining a big portion of changes, so it will be worthy of waiting instead of buying 2021 YM.

Test mules were on streets and it seemed like the new Enclave is about to debut soon. However, the production was delayed because of the pandemic so the fans have to wait for the 2022 Buick Enclave. According to prototypes, a lot of changes will be there for the first time after the second generation landed in 2018. The response from buyers was great and Enclave achieved more than expected sales. It is the premium SUB that is cheaper than most luxury SUV in the US. Although it offers less advanced features in the base model are not making it competitive to Lexus RX, or BMW X5, the price attract more buyers.

There are three trim levels everyone got used to them. Preferred, Essence and Premium are packages that were available since 2018. The most recent update brought the Avenir package. After the success, enthusiasts were asking about the availability of the same upgrade for other Buick crossovers. For now, this bundle remains exclusive for buyers of the Enclave SUV. 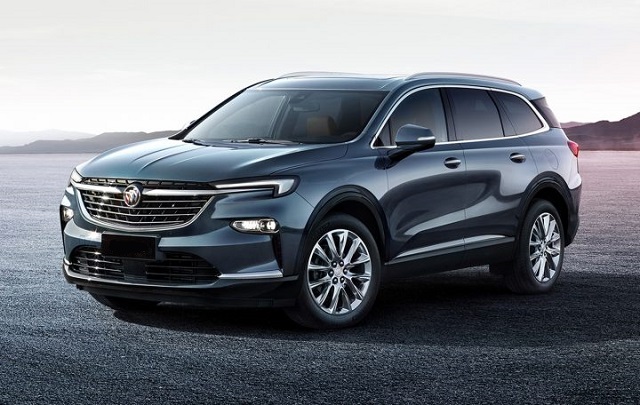 One of the downsides of the Enclave SUV was the lack of engine choices. Well, a 3.6-liter V6 perfectly fits the mid-size vehicle and it is one of the most reliable powerplants in the class. Still, there would be more buyers if the 2022 Buick Enclave offers alternatives. There are a few theories about a smaller, turbocharged drivetrain and a hybrid configuration. Still, the company is not making anything official.

So, we can be sure that a V6 returns. For the 2022 Enclave, it is tuned to return 310 hp and 266 lb-ft. Just for an example, similar units by Toyota and Honda can’t reach 300 horsepower. Owners of Enclave can count on 5,000 pounds of towing capacity and all-wheel drive as the alternative to the FWD, the default setup.

One of the priorities for the next Enclave should be the hybrid setup. There are plenty of mid-size three-row SUVs with this kind of a drivetrain already. But, General Motors is failing to deliver an electrified support for the conventional petrol engine. But, the carmaker is ready for the new era in its history with a lot of EVs on the way. In 2022, we will already see Hummer truck and Chevy Bolt. It is also possible that Cadillac Lyriq will be launched before 2023. In China, we saw the Enspire concept, that was turned into Velite 7 station wagon in 2021. The same platform might be used for the electrification of the Enclave in the foreseeable future.

Three standard trim levels will remain the same for the 2022 Buick Enclave. Preferred is the entry version with a pretty cool bundle of features. In a few months, we will learn what designers are preparing for the next edition. Be sure that 18-inch wheels are standard, as well as the LED lamps, heated front buckets, and parking sensors. Of course, Apple CarPlay and Android Auto are standard all across the lineup, but GM is going to offer even more popular services, such as Amazon Alexa and similar.

If you want to make the SUV more comfortable, leather seats and upholstery are coming with the Essence model. The 2022 Buick Enclave will be a seven-seater by default, but the mid-range version will cut one seat by installing captain’s chairs in the middle row. After the redesign, the SUV is getting more cargo space. Currently, there are 97.6 cubic feet when second and third rows are folded. Blind-spot monitoring system is also added for improved safety.

Premium uses nearly every advanced system GM has in its offer. Well, there is still a room for improvements. Besides a hybrid setup and potential EV model, we see the Super Cruise autonomous drive being added to the Enclave. Heating is added for the second row as well, while the front row is ventilated. Bose audio and navigation are standard premium options for the top of the line trim.

Still, there is something left for the 2022 Buick Enclave Avenir. Like before, this package is going to come with cosmetic upgrades that will make it more aggressive. A new set of wheels, sunroof, genuine leather, and the most advanced hi-tech gadgets will cost extra, but it will be worth of spending.

After the postponement, the 2022 Buick Enclave is going to be refreshed model. Even before the COVID-19 outburst, the company was ready to bring it as the 2021 YM. So, we will have to wait a bit more, and GM will introduce it this summer. Then, the full pricing list will be available. The MSRP probably goes up. Currently, the SUV will cost you at least $40,000. 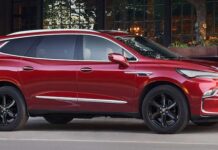