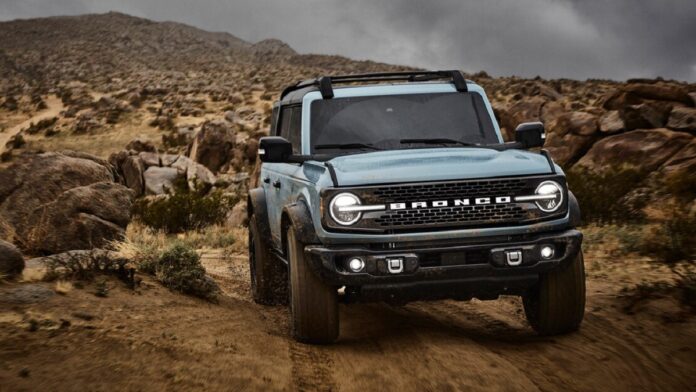 The 2022 Ford Bronco is probably the most anticipated model of our generation. Ever since the company announced the comeback, it caused a huge interest. Well, Ford was a bit late with the production, since the initial plan was to bring Bronco as the 2020 YM. Nevertheless, the company is trying to make it up to its fans, but adding different options to the legendary SUV.

We already wrote about Bronco Sport model. The latest speculations are mentioning the Bronco Raptor. This is a realistic option since Ford needs something to get on the line with 4×4 specialists – Jeep Wrangler and Toyota 4Runner TRD Pro. There is no better way than adding the best off-road package in the lineup, and arguably in the market. Well, the Raptor is not a proven recipe outside the truck segment.

Besides the 2022 Ford Bronco Raptor and Sport models, we hear rumors about the pickup truck. Well, this is not going to happen, since this segment is loaded with every possible model. Ford even added compact Maverick to complete the squad. 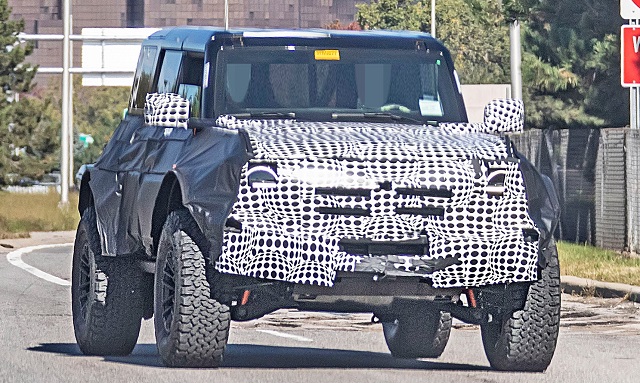 The styling of the 2022 Ford Bronco is definitely the first and one of the most impressive things about the SUV. The vehicle kept the boxy styling. Lighter materials and modernization are making it even more appealing than before. Plus, there are various options – you can select two- and four-door layouts, hard or soft tops… The interior is comfortable, safe, and elegant. That is all you need from such a model. The SUV will get power from a 2.3-liter turbo-four engine. If 270 hp is not enough, a 2.7-liter displacement adds more. Four-wheel drive is standard for all configurations. Also, engineers made a manual gearbox an option. On the other hand, one of the biggest downsides is the lack of a diesel engine.

Engineers decided to go with a 2.3-liter turbocharged engine for the new 2022 Ford Bronco. This is not unexpected, since the powerplant is pretty potent. With 270 hp and 310 lb-ft, the SUV will provide excellent capabilities for an off-road ride. Plus, the 4WD is there, which improves traction and balance. A 10-speed auto is a standard gearbox, but you can also select a 7-speed manual stick instead. The base SUV needs 7 seconds for 0-60 mph acceleration. The gas mileage is at a respectable level – 18/26 mpg.

More power comes from an optional drivetrain. A 2.7-liter turbo-six creates 310 hp and 400 lb-ft. It won’t cost you too much more fuel, since the V6 is consuming 17/24 mpg. The same 10-speed auto transmission is a power router, while a manual gearbox is not an option. Unfortunately, Powerstroke turbodiesel is not an option for the new SUV. 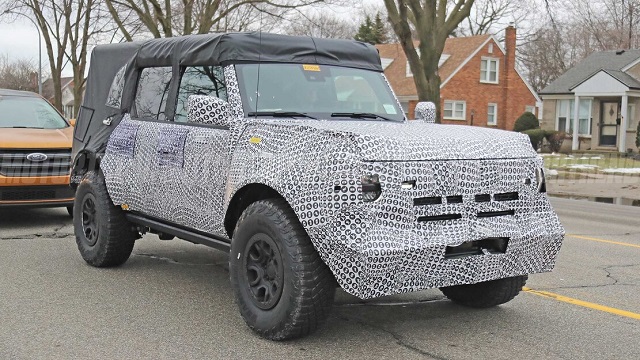 According to multiple sources, the 2022 Ford Bronco Raptor will be there as well. On the other hand, the company is not making it official. We all know what it is going to bring – even better off-road capabilities at the first place. The big question is – what engine the Raptor model is going to use? Experts are confident the 4×4 specialist will offer power outputs somewhere between 350 and 400 hp.

Meanwhile, something called the 2022 Ford Bronco Warthog was spotted on the streets. Some say the new name will be used instead of Raptor. Spy photos and videos are confirming the existence and company’s intentions. But, detailed information is missing. Prototypes were caught in Utah, near Moab, the best place where the off-roader could be tested.

Sources say the 2022 Bronco is not getting a V8 even at its high-end and special editions. The best the company is willing to do is a twin-turbo V6. A 3.0-liter displacement is good for 400 on the Explorer ST. That is exactly where we expect to see Raptor or Warthog. 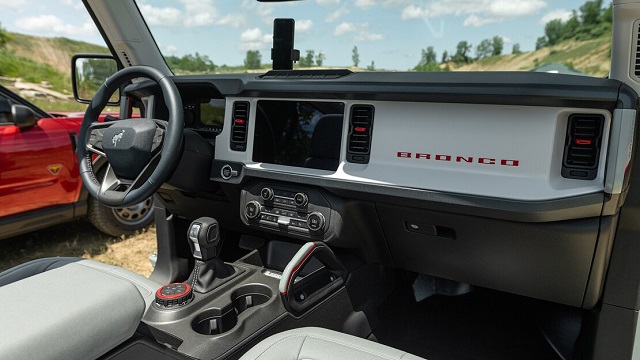 When Will 2022 Ford Bronco and its Variants be Available?

The off-road SUV is back. There are no more delays. The 2021 YM is already available for orders. Now, the company and fans are more focused on upgrades. The Bronco Sport is also here. But, this model is based on the Escape crossover and delivers much better off-road skills. On the other hand, you don’t need to look twice to find many similarities with the SUV.

Next thing we expect when the 2022 Ford Bronco debuts is Raptor / Warthog model. This model will go against Toyota 4Runner TRD Pro and Jeep Wrangler Rubicon. That is not all, since the Blue Oval carmaker is thinking of the all-electric version. Well, Wrangler already delivers the 4xe plug-in hybrid drivetrain as one of the numerous options.

In its first appearance, the SUV will offer five trim levels. The new model will revisit the lineup, as well as the price. Currently, it starts at $28,500. Raptor will be close to $50,000.