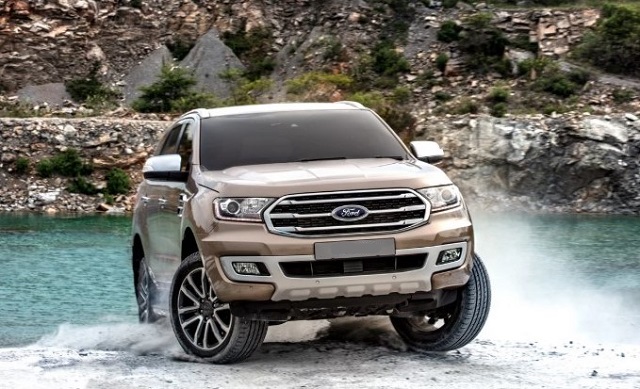 Kuga and Puma are popular crossovers that are not available in the US. At least not under the same name. But, Everest is something special. You need to know only a bit of geography to realize which markets the truck-based SUV is covering. There is a lot of interest in the new 2022 Ford Everest in Asia. The vehicle has a very popular sibling, the Ranger truck, which is heading into the new generation. By being based on the pickup, fans can expect the Everest to take the same path.

You might find the same SUV in India with the Endeavour badge. That is renamed Everest, with small updates for the specific market. So, the redesign is certain. However, a few other things are still interesting to know. For example, will there be the 2022 Ford Everest Raptor? It is one of the highlight features of the Ranger truck. Also, what will Ford do under the hood? Finally, the ladder frame makes this model inspiration for the new Bronco. It is another truck-based SUV with excellent off-road skills thanks to a ladder frame. 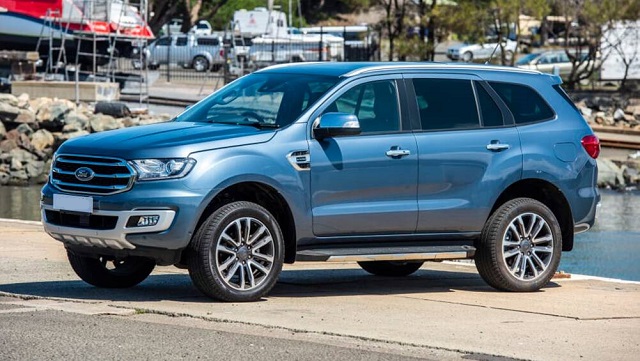 The SUV is 192 inches long. Dimensions are similar to Explorer. US buyers got used to see such large vehicles with a lot of power. So, it will sound funny to mention that the 2022 Ford Everest is coming with a 2.0-liter turbo-four as one of the options. Nevertheless, the SUV shares a 2.3-liter EcoBoost with the Bronco. This is one of the most favorite engines by the Ford Motor Company. Some legendary vehicles are getting 300 ponies from this one, including the new Bronco and Mustang.

However, we are coming to another big difference between models in the US and overseas. Diesel engines are still more popular in Asia. So, the 2022 Ford Everest is going to get power from oil-burners as well. There are four different configurations already available in the market. Nevertheless, the next-gen SUV is going to make some cuts and refreshments. A 2.0-liter turbodiesel can be available with standard turbochargers, or the twin system with more power and torque. A 2.2-liter is widely used and some experts believe this oil-burner could arrive to the US in some while. The largest displacement is under the biggest question mark. We can hear that Ford is about to discontinue a 3.2-liter Duratorq I5 for the 2022 Everest. 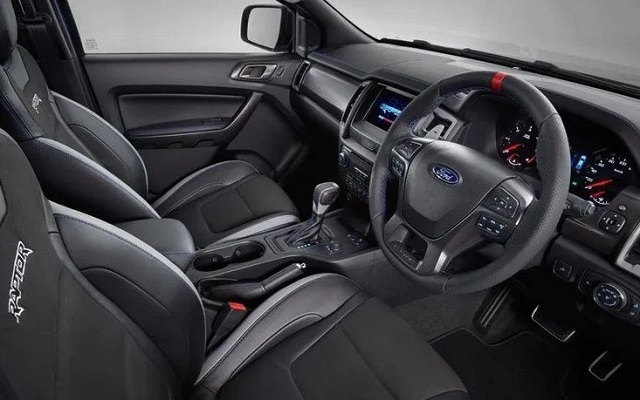 Two more models are possible for the next-gen truck-based SUV. It is becoming an archrivalry. Which would you pick – gas mileage and cleaner ride, or an impressive performance and off-road capabilities? Well, it is all a personal feeling. Anyway, both options are possible and legit upgrades for the upcoming SUV.

The 2022 Ford Everest Raptor is a hot topic for some while ago. Now, when the SUV has a twin in the US, we can monitor the situation and expect similar moves. Definitely, there is an interest in the expansion of the Raptor lineup. Currently, F-150 is the only vehicle using it. Interesting, Ranger is not offering the 4×4 package in North America, although it is available in Australia. But, there are a lot of factors surrounding Everest. First of all, everything depends on the next-gen Ranger. Whatever happens on the truck is a legitimate upgrade for the SUV. It is hard to believe that Everest can get something before the most popular pickup in the world. Still, it might happen.

A hybrid drivetrain is also possible. Ford is investing heavily into electrification and every now and then we can see debuts and learn about future projects. So, mentioning hybrid or EV has a sense for any model in Ford’s lineup. By 2025, every vehicle will have a model with an electric or hybrid drivetrain in the lineup. The rumors can be downplayed with a lack of popularity of hybrid vehicles in Pacific Asia, where the 2022 Everest is going to come out. The system wouldn’t bring anything spectacular to buyers, and it would cost extra. 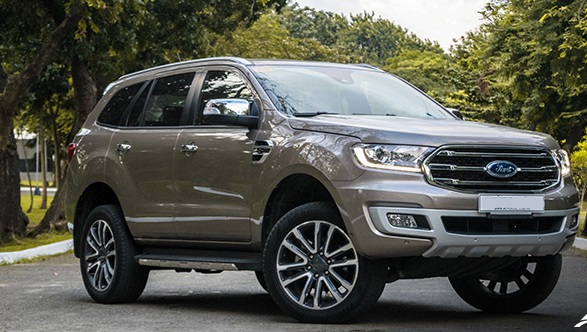 The SUV is big and aggressive. The redesign is going to make it bolder and more appealing. Although there are no spy photos of the 2022 Ford Everest available at this moment, we can compare it with what we have on the new Ranger. The front fascia is under a revisit. The Interior is also going to be fresh. Designers are updating a seating layout. Nevertheless, the Everest is staying a seven-seater.

Again, the future of the SUV depends on its closest sibling. The pickup truck is a more important model and all the updates about the Everest will follow news about the Ranger. So, the SUV is coming a few months after the debut of the all-new Ranger. Raptor and Hybrid will be ready by then. The Endeavour is the version for India and it is going to debut at the same time as the 2022 Ford Everest.