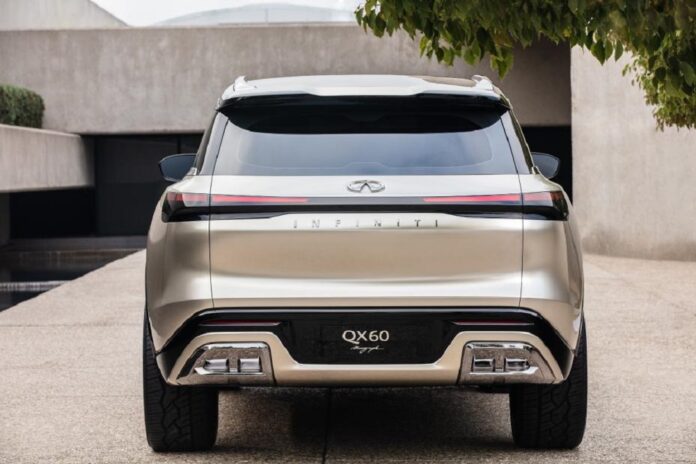 We expected a lot from the Monograph concept. But, it was supposed to be a platform for the full-size QX80 SUV. However, the company decided to make a surprise and launch the 2022 Infiniti QX60 Monograph as the next-gen vehicle. Well, Nissan’s premium brand stated that the prototype debuted a few years ago is going to underpin all the future large SUVs. The QX60 is a seven-seater, and it needed an update. After ten years, the mid-size model hits the second generation.

It all started in 2012 when Infiniti introduced the JX35. Although the first impressions were very positive, the carmaker replaced the SUV after only one season. In 2013, it became the QX60. The same year the QX70 was there instead of FX. Nevertheless, the smaller SUV survived and now it is ready to start the second generation, with the concept introduced in 2017.

There are a few more interesting things about the upcoming 2022 Infiniti QX60. First of all, we are wondering how many features and options the Monograph concept will offer to the mid-size luxury SUV. Probably the most important upgrade should be a hybrid drivetrain. The QX60 was already available with such a configuration, but it wasn’t as efficient as it was supposed to be. Now, the company might offer something special to catch up with Acura MDX, Lincoln Aviator, and Lexus RX. 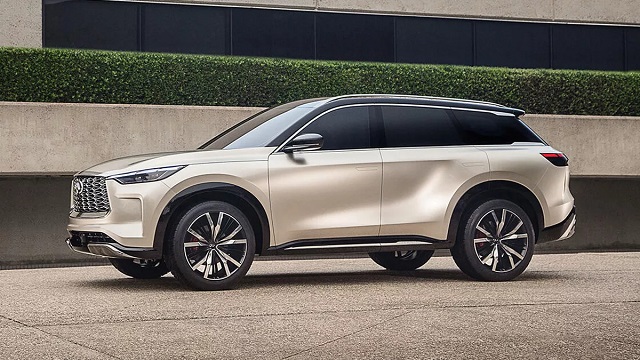 The first Monograph model was the QX80. Well, the full-size luxury SUV is not coming out yet and fans will have to wait for the new generation. Meanwhile, the Japanese carmaker surprised u all with the arrival of the 2022 Infiniti QX60 based on the Monograph platform. On the other hand, this is not too bad. The architecture was advertised as the future concept for all big rigs. The QX60 is the second largest unit in the SUV lineup.

The concept was introduced in 2017. Bold design and radical lines made it very interesting. All a sudden, the QX80 became the most anticipated model in the lineup. Inside, the cabin was too futuristic. No one expected to see the same layout from the prototype and the first preview of the 2022 Infiniti QX60 confirms the changes were required. The cabin of the mid-size vehicle is more conventional. Still, the company is yet to release all the details. Some trim levels will definitely offer advanced technology and upgraded gadgets. 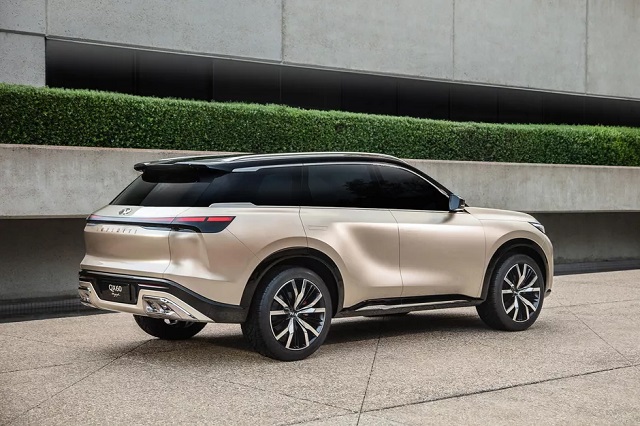 This is something that was required so the 2022 Infiniti QX60 could stay competitive. In the mid-size luxury SUV world, we already have a few models with a hybrid powertrain. Not a surprise – all of them are at the top of the sales charts. Still, Nissan and Infiniti are not unveiling these changes too soon. The Japanese carmaker started the big update with the Rogue and Qashqai crossovers, and now it is turn for the luxury class.

Meanwhile, a 3.5-liter V6 is also questionable for the next-gen 2022 Infiniti QX60 based on the monograph concept. With 295 hp and 270 lb-ft of torque, a six-cylinder unit provides a lot of fun. But, its rivals are also available with many powerful engines. Especially German SUVs. We can hear that the new Nissan 400Z, the successor of the 370Z, could get a huge boost in outputs and we see the QX60 borrowing anything that will make it more competitive and capable for more impressive driving.

Like we already said, the exterior is embodying the platform that will underpin all the big rigs in the family. On the other hand, the interior is too futuristic on the Monograph concept, so we expect a lot of modifications there. The first indications are coming with spy photos. A wide screen is there, but it is not as large as the one on the prototype. Although modified, the dashboard looks very futuristic. All the smart features are going to draw the attention of younger buyers.

Tinted windows protected the 2022 Infiniti QX60 from further examination. However, the SUV is going to remain a three-row seven-seat model. Optionally, there will be captain’s chairs in the middle row. Pure and Luxe versions were the only two packages available for the outgoing model. We believe Infiniti is going to expand the lineup with a few more options, especially if the hybrid unit arrives. 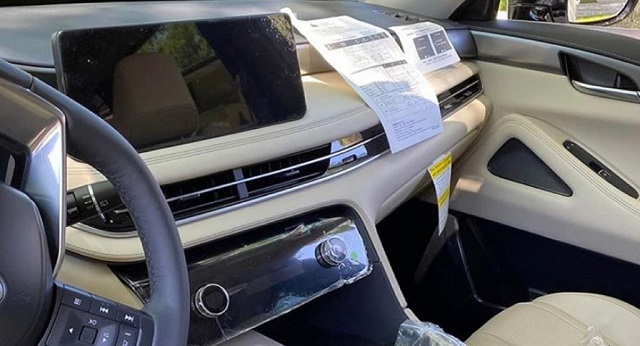 The 2022 Infiniti QX60 seems to be production-ready. The company didn’t bring the model for 2021, focusing 100% to the new SUV. That should result in an earlier launching. We expect the sales of the QX60 Monograph are starting by summer. The base value will be higher than before. Infiniti has room for that since the starting price of the previous generation was under $45,000. Just for the comparison, Lincoln Aviator and BMW X5 are going to cost $6,000 and $13,000 more in their base forms. 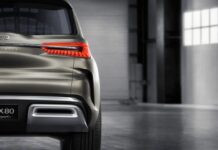 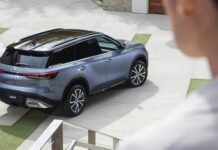 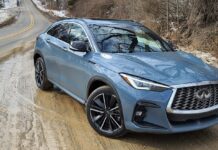