The truck-based SUV was discontinued in 2015 and we are still waiting for the replacement. Pathfinder is not a replacement. It uses the unibody platform. The 2022 Nissan Xterra is about to bring back an old-fashioned BoF architecture and add some off-road capabilities to the company’s portfolio. The new SUV is taking on the upcoming Ford Bronco, as well as other 4×4 specialists, such as Jeep Wrangler and Toyota 4Runner.

The old nameplate is still pretty popular. There were no indications that the Japanese company is bringing the Xterra back until the Terra nameplate was added to the Chinese market. This sparked rumors, and some experts even claimed that the new model is Xterra’s successor. But, there are no too many things in common. The 2022 Nissan Xterra will cover a totally different segment with more capabilities for towing and off-road driving.

On the other hand, Terra is all we have at the moment. Still, the new crossover SUV for the Chinese market is not something we expect to see for the Xterra. Rugged styling, more capable engines, body-on-frame architecture, and other upgrades should make it more capable for off-road adventures. Still, Nissan is yet to confirm any details about the comeback.

The off-road SUV segment is reviving. Currently. Toyota 4Runner and Jeep Wrangler are dominating in this class. Ford is making move and the new Bronco is about to join the party. However, all these delays and waiting are killing the interest in the legendary SUV and its comeback. Chevrolet is also developing interesting concepts. Fans are stunned with the Crab Walk and Extract Mode on the Hummer truck prototype, features that could be expanded to the rest of the lineup.

We were hoping to see the Nissan Pathfinder with the Pro-4X package. This is the special upgrade that made Frontier truck competitive against Toyota Tacoma TRD Pro and Chevy Colorado ZR2. However, the unibody concept is not the best match, so the company decided not to add the ultimate 4×4 bundle to the existing SUV. Instead, the 2022 Nissan Xterra might be the one that will carry it over to the new segment. It would improve performance and refresh the offer.

A few sources claimed that the Xterra is going to return for the 2021 season. It seems that reliable magazines CarBuzz and Motor1 got something from the company. However, the COVID-19 pandemic made Nissan and many other carmakers to change their plans. The Japanese manufacturer proceeded with the priorities, such as redesigns of Rogue and Qashqai crossovers. But, new releases will have to wait, as well as updates of some other, not so important vehicles. One of them is the 2022 Nissan Xterra, whose arrival is now questionable even for the next season. 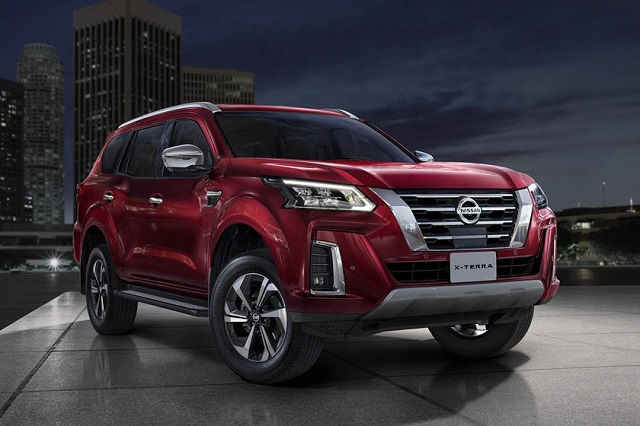 It’s been a while since Nissan brought back some of the old nameplates. But, the Xterra is probably the hottest crossover SUV that is not in production anymore. Other vehicles don’t have such a big army of fans. The 2022 Nissan Xterra should bring back the ladder frame. It will be based on the Frontier/Navara truck, but the SUV is going to be smaller than the full-size Patrol/Armada. There are no too many of body-on-frame SUVs available in the US market nowadays, but all the off-road enthusiasts will search for some of these for their adventures. That is why 4Runner and Wrangler are so popular. Nevertheless, the 2022 Xterra will need the Pro-4X package to keep up with TRD Pro and Rubicon versions of Toyota and Jeep SUVs.

On the other hand, Nissan is the owner of the best-selling electric car ever. Nowadays, more companies are exploring this segment and the Japanese carmaker is losing battle in this class. The new lineup is going to introduce more hybrid and electric drivetrains. But, the reputation of the Xterra is not coming along with the pure powerplants or efficient ride. Nevertheless, the times are changing and these two are the priorities for all the future arrivals. 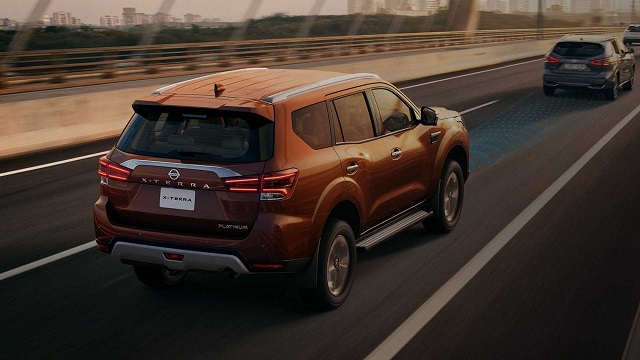 The 2022 Nissan Xterra is not officially confirmed. But, various sources already found insider info about the comeback and they were expecting the SUV as 2021 YM. Due to the pandemic, the release date is rescheduled and now fans can expect to see the Xterra in 2022. Again, the launching date is going to depend on the situation with coronavirus.

It is also unknown which markets the SUV is going to cover. Its cousin with a similar name, Terra, is available in China only. Pacific Asia region is offering a full-size Patrol. A smaller sibling is possible, but we would rather add it to the US lineup, where there is more room for upgrades. The 2022 Nissan Xterra would be Pathfinder with the ladder frame and improved off-road capabilities if we want to keep the story simple. The price will probably start between $35,000 and $40,000, depending on the size and entry-level features.