Highlander is one of the favorite mid-size SUVs in the market. For a long time, it was the only three-row model with a hybrid drivetrain. Well, the competition took some time to prepare the response and now we have more big SUVs with a hybrid configuration. That makes Toyota think of the next move. In the compact crossover segment, Rav4 is debuting with the PHEV setup. Can the next model be the 2022 Toyota Highlander Prime? We hope so. The Japanese company already updated the standard hybrid system, and now it is time to upgrade it with a more efficient ride.

Some fans were not happy with the power downgrade of the Highlander Hybrid. The company replaced a V6 with a four-cylinder unit and sacrificed 60 hp to achieve better gas mileage. The 2022 Toyota Highlander Prime PHEV should add missing power and improve the ride impression.

Besides the PHEV, we won’t see any cosmetic update on the 2022 Highlander. The mid-size SUV hit the new generation in 2019 and it will be some while until the company revisits the mid-size SUV. Currently, priorities are the new Tundra truck and Sequoia. We can hear rumors that even Tacoma’s production might be moved to Mexico. Still, this all happens in Texas, while the Indiana plant will keep producing Highlander and other vehicles currently on lanes there. 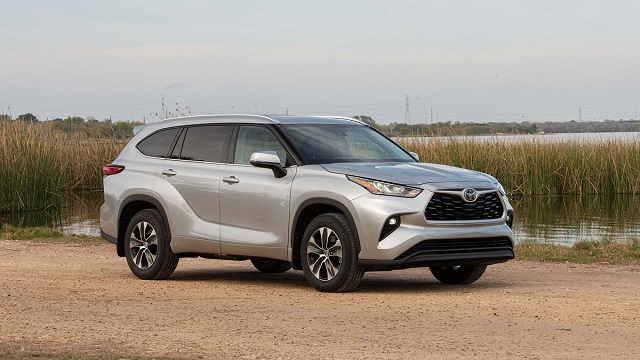 A 3.5-liter V6 engine is a reliable source of power for the 2022 Toyota Highlander and its predecessors. It can produce 295 horsepower and 263 lb-ft of torque. Highlander will be able to tow up to 5,000 pounds. The power is being transferred from a six-cylinder unit through an eight-speed automatic transmission to front wheels. The carmaker will make the all-wheel drive available as the optional choice. The gas mileage is pretty respectable with 24 mpg on average.

Previously, the same V6 was the centerpiece for the hybrid configuration. But, the company surprisingly dropped a big displacement and now the SUV is going to use a 2.5-liter four-cylinder mill as the main source of power. A couple of electric powertrains are enhancing the gas mileage and the mid-size 2022 Toyota Highlander Hybrid is able to reach 35 mpg combined. This is something even smaller crossovers can’t do so easily. Instead of an 8-speed gearbox, a hybrid is going to use a CVT transmission.

But, that won’t be all we get from the Highlander. For the upcoming years, the plug-in hybrid is in plans. The 2022 Toyota Highlander Prime is the model we expect to see as the most important upgrade until the SUV hits the next generation. Like for the Rav4, do not expect an upgrade of the gas mileage. The Highlander PHEV is going to be able to cover some distance with the new setup. Also, the plug-in is going to make it up for the lack of power. When Toyota replaced a V6 in the hybrid setup, the SUV lost 60 hp and it now creates 245 ponies. Rav4 Prime is good for 302 horsepower and Highlander should get even more. We see the SUV delivering at least 350 horsepower and the gas mileage around 30 mpg. 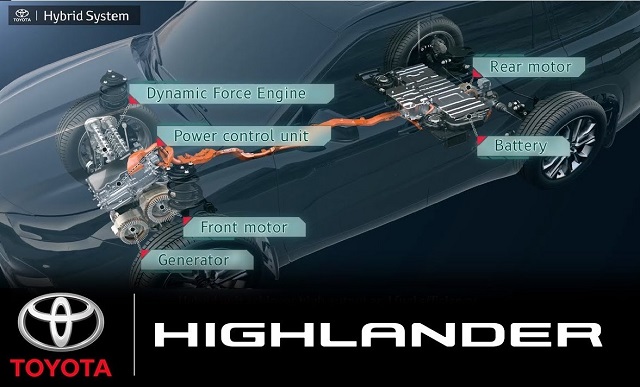 Which 2022 Toyota Highlander is the Best?

The 2022 Toyota Highlander Prime version will also bring a unique set of features. It is a seventh trim level that will be available for the mid-size SUV. The base package is Highlander L and it comes with 18-inch wheels. The infotainment includes an 8-inch screen, Safety Sense 2.5, and tri-zone climate control. Also, Toyota now offers both Apple CarPlay and Android Auto. Also, its Entune multimedia is about to hit the big update recently.

The LE is already a significant upgrade. Power tailgate improves the reliability and blind-spot monitoring is added to the safety system. Fog lights are part of the package as well. The XLE is the entry-level for the premium offer. Buyers can find there leather seats, captain’s chairs in the middle row, and heated front buckets. The XSE is the latest trim that was added to the lineup. It is a sportier setup with air suspension and 20-inch wheels. Limited and Platinum versions are coming with hi-tech features, such as JBL audio, navigation, 12-inch touchscreen display, and HUD. All the trim levels, but the entry L model, are also available with a hybrid powertrain. 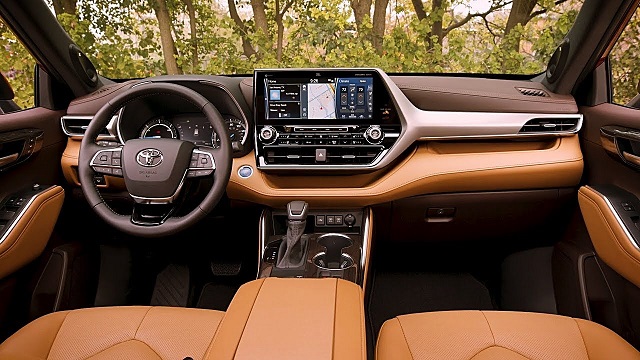 The Highlander is already considered as one of the most expensive vehicles in the segment. the MSRP starts just under $35,000 and that is without the destination fee. The Hybrid Platinum version adds $15,000. However, the new most expensive package will include the Prime PHEV setup and all the features it brings. We hope the AWD is included, as well as some of the luxury accessories Limited and Platinum bundles are offering.

More changes from Toyota: Rav4 is getting the TRD Pro!