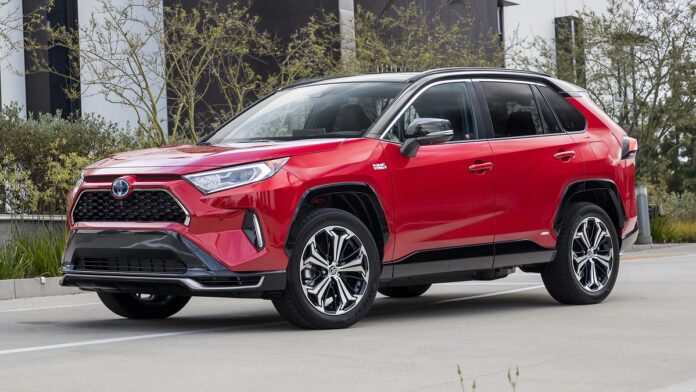 Toyota is a pioneer in many segments. Their compact crossover, RAV4, was the first model in the class to achieve 40 mpg. A hybrid configuration was efficient and powerful. The same we saw on the Highlander SUV. Other carmakers started catching up, but the Japanese manufacturers prepared another surprise. The 2022 Toyota RAV4 Prime is the PHEV that brings the performance to another level. The new configuration is good for 300 horsepower while keeping exceptional gas mileage. On the other hand, engineers also updated the Highlander. However, the SUV now produces less power. But, there is no other model that can match its 35 mpg combined.

The 2022 Toyota RAV4 Prime is a whole new model that will make other companies improve their offer. Main rivals are out with some PHEV systems, but none of them are close to the outputs RAV4 is going to offer. A 2.5-liter engine is a center of the power factory and electric batteries add more juice, for a total of 302 horsepower. The plug-in hybrid package also includes features that will improve overall safety, comfort, and entertainment. From the outside, there are no big differences between the PHEV and other versions. 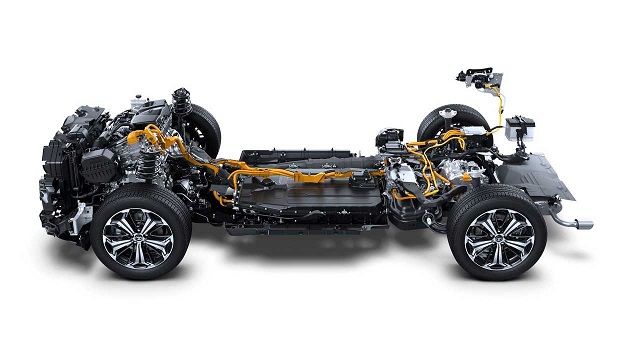 Fans already know that a 2.5-liter engine is the main source of power for all RAV4 configurations. It continues for the plug-in hybrid system, where the petrol mill gets a boost by electric batteries. A four-cylinder plant is good for 185 horsepower, while additional motors make the total output jumps over 300 horsepower. All-wheel drive is standard for the 2022 Toyota RAV4 Prime and the energy is being distributed through a CVT gearbox. The setup is going to return 40/36/38 miles per gallon, or 94 eMPG. The battery needs 4.5 hours for recharging. The good thing – gasoline engine doesn’t require premium fuel to maximize the performance.

What Else is Added?

The 2022 Toyota RAV4 Prime is full of safety options. For example, all of these features are standard: ABS, DRLs, stability control, emergency braking assist, blind-spot and lane departure warnings accident avoidance system, traction control, etc. Plus, the Prime PHEV includes packages you are eligible to purchase on other trims, such as Weather and Moonroof bundle, or Protection Package.

Inside the cockpit, you will notice a satellite radio with 3-month warranty service. We recommend upgrading an audio system that features only six speakers. The leather is wrapping the steering wheel. Dual-zone front climate control is also standard, as well as interior air filtration. 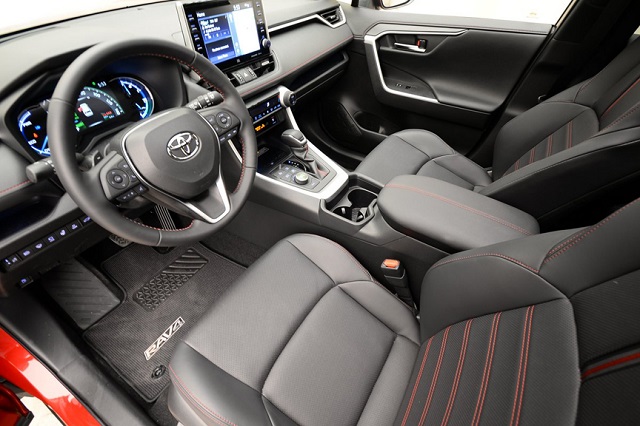 Interior is combining black cloth with red accents. There is no alternative. But, you have a larger choice when purchasing the exterior paintjob. Midnight Black, Magnetic Gray, and Silver Sky are metallic paints. The 2022 Rav4 Prime is also offering Supersonic Red, Super White, and Blueprint as other options. Also, you can combine these paintjobs with black roof. The contrast combo makes the vehicle more attractive and appealing. Other colors are available on the standard lineup with conventional and hybrid engines.

Compact crossovers are the most popular class after trucks. The best sellers, such as Toyota RAV4, were achieving over 400k sales per annum. However, the pandemic slowed things down. It gave time to rivals to catch up with Toyota. Ford Escape hybrid is now the most efficient crossover if we look at the gas mileage, with 44 mpg. Its PHEV system is very similar, but still far away from the 300 horsepower the RAV4 is producing. Honda CR-V is expected to get the PHEV model as well. Mitsubishi Outlander plug-in hybrid can make 225 horsepower and the gas mileage is 35 mpg, which is not so competitive against Toyota’s crossover. 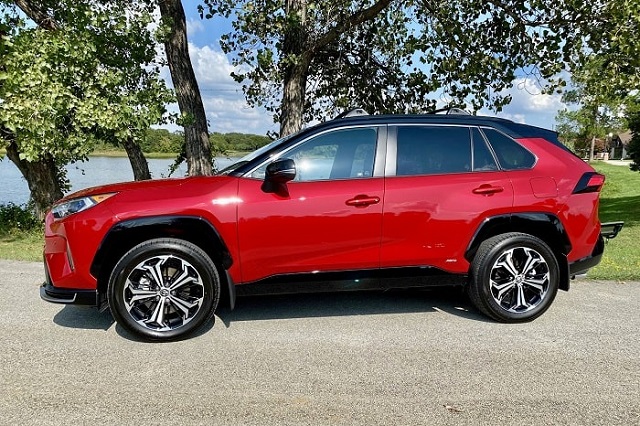 Model for the new season is going to be unchanged. The plug-in hybrid version debuted as the 2021 YM. As said, sales won’t show the first impressions, since the market is affected with COVID-19 outburst. The base price for the PHEV crossover is just above $38,000 for the SE package. Upgrade it to the XSE for only $3,500. A 9-inch display, SofTex seats, paddle shifters, and 19-inch wheels are some of the features you are getting in this bundle.