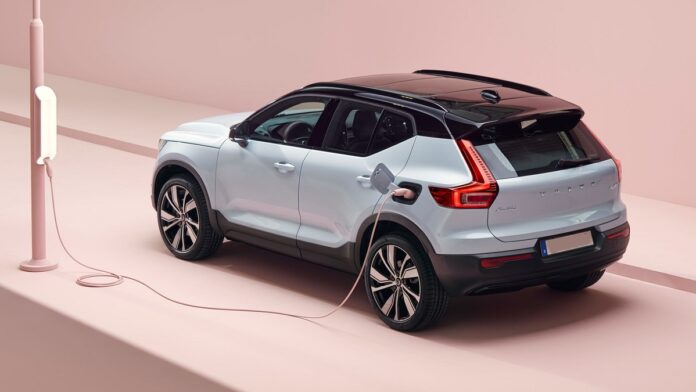 The 2022 Volvo XC40 is the smallest crossover in the company’s lineup. And it is a pioneer in the EV squad, which will expand to XC60 and XC90. Well, Volvo is a synonym for green action and it is not a surprise seeing them working on the zero-emission drivetrains. Recharge is the first model and a successor to the T8 PHEV system. Still, this one remains the part of the lineup, but not for the XC40. The subcompact premium crossover will feature T4 and T5 configurations.

Besides the green engines, the Swedish carmaker is paying a lot of attention to safety. This is another segment where other companies can’t compete with Volvo. Still, a subcompact vehicle cannot be as safe as larger models. Besides standard options, the 2022 Volvo XC40 might also get an autonomous drive. Momentum, R-Design, and Inscription are the trim level lineup, and the all-electric version will be called Recharge. Luxury features are making the XC40 competitive with the German crossovers, BMW X1, Audi Q3, and Mercedes GLA. 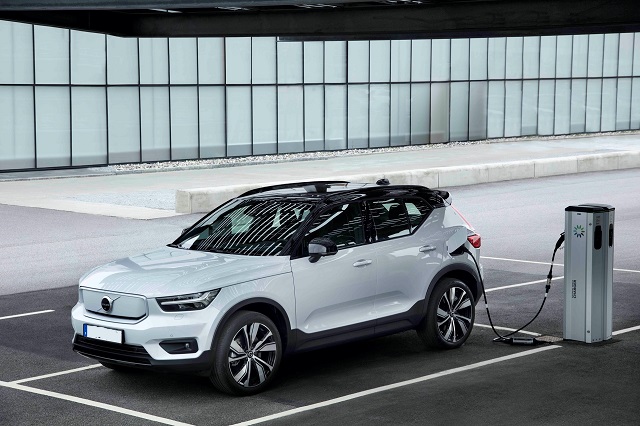 Two standard configurations will remain the part of the 2022 Volvo XC40 lineup. The lightest setup in the United States is the T4. A 2.0-liter turbo-four is a centerpiece of all systems. For the entry-level XC40 crossover, this one is ready to produce 187 horsepower and 220 lb-ft of torque. A small SUV is also efficient on the highway, with 32 mpg. A front-wheel drive is included. It is not the best solution for a city ride, since XC40 can’t do better than 24 mpg.

You can get even more power from the small SUV. The same 2.0-liter displacement can be tuned for 250 hp and 260 lb-ft of twist. Also, an all-wheel replaces a front-wheel drive, while the gas mileage is taking a hit. With the T5 configuration, you will get 22/30 mpg. Both setups are using start/stop system. An eight-speed transmission automatically shifts and sends power to axles.

As you can notice, the crossover was not available with a hybrid setup. Volvo is going to skip this version and go straight with an all-electric powertrain. Well, the 2022 Volvo XC40 Recharge won’t lack power, since the battery is good for 408 horsepower. That is at the same level as the T8 plug-in hybrid unit is delivering for larger SUVs. The crossover is light and the power makes the XC40 Recharge sprints 0-60 mph in just 4.9 seconds. The base version will cover 200 miles in a single charge, while the models with larger battery pack can add 60 miles more. Towing capacity of the crossover is 2,000 pounds, which is more than many other subcompact rivals can do. You will need 40-72 hours to recharge the battery using the home outlets.

Like said, Volvo is using some of the most advanced technologies to improve the driving experience. Drivers will get help from many aid services, such as 360-degree camera for parking. Sensors around the vehicle will detect other vehicles and pedestrians. These systems will also help you park and unpark the crossover. Blind-spot monitor will keep you save in busy traffic. The lane-departure alert is standard.

Both T4 and T5 engine configurations are available with three trim levels. Momentum is the entry version. Volvo is well-known for its luxury, and the leather upholstery is standard right from the start. On the other hand, 18-inch wheels seem to be pretty big on the subcompact crossover. However, the 2022 Volvo XC40 looks more aggressive thanks to the big rims. Safety is at a higher level compared to the competition. The crossover is offering power tailgate and LED headlights. The center of infotainment system is either Apple CarPlay or Android Auto.

The R-Design will use even larger wheels. Also, you will recognize this version thanks to the panoramic sunroof. The dual-zone climate is added, as well as the navigation. More sensors are also there. For the Inscription, there some cool details and trims with high-end features. The Recharge version will also have some unique accessories, such as an autonomous drive. We expect Level 4 self-driving features, maybe even in 2022. 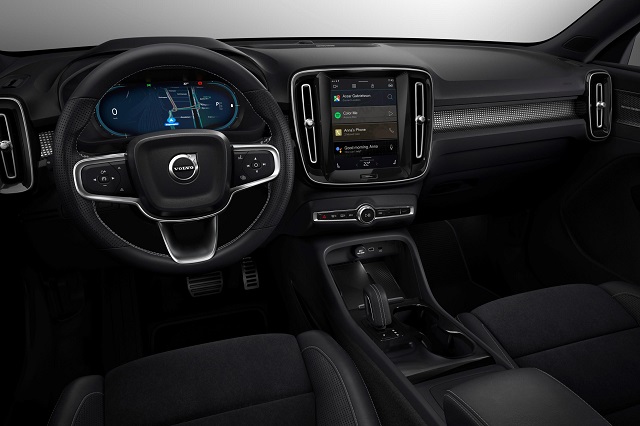 The 2022 Volvo XC40 is a luxury vehicle with a price tag of $34,000. For this amount of money, buyers can consider significantly larger SUV, even those with three rows of seats. The R-Design will hit $40,000, while the Inscription adds around $1,000. The base price of the Recharge setup is going to be $53,000. The plug-in hybrid should be a more affordable version which will save you about $5,000. 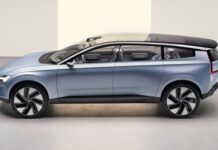 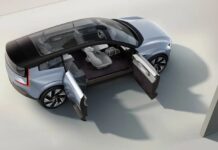