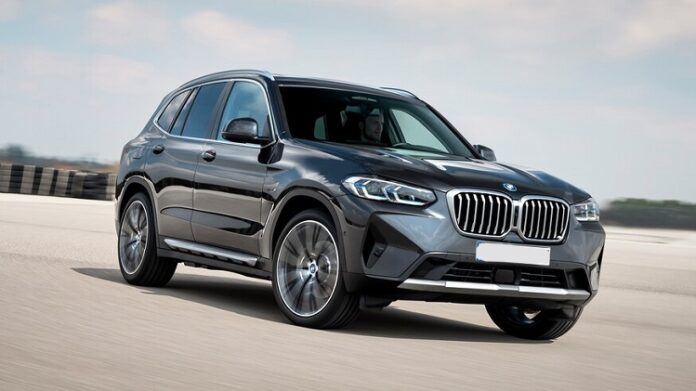 BMW is tightening multimedia and range for the facelift of the X3. The petrol engines get 48-volt technology, the iDrive new functions, and the M model extra torque (about 35 lb-ft). The 2023 BMW X3 is a compact luxury SUV, whose latest edition dates back since October 2017, is entering the second half of the product cycle with a facelift. Redesigned front and rear fascias are announced.

Plus, chiefs said fans can expect a streamlined range of equipment, hybridized gasoline engines with a 48-volt system, and a smarter iDrive. The infotainment gets a new operating system and one of the main features is BMW-internally designated Life Cycle Impulse (LCI). At the same time, the sporty top model X3 M Competition has a more powerful engine with more torque, but the power output stays put. New colors are available for all models. Similar changes also apply to the coupe sibling X4. 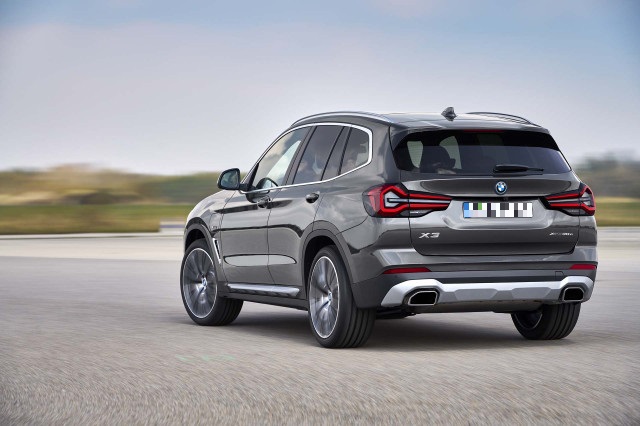 The highlight of the new 2023 BMW X3 is the angular front with flatter lights. The SUV narrows headlights. The famous kidney grille is slightly larger, with a one-piece frame and vertical air inlets. Those are features that distinguish the facelift from the previous model. LED headlights are standard. Optionally, you can order laser light with a range of up to 700 yards. At the rear, the full LED taillights and the rear apron have been redesigned – the LCI model also looks a bit more angular here.

BMW fans know the center console from the latest 4 Series. The BMW iDrive operating system is getting smarter: It is based on Operating System 7 and in the future it is going to integrate all kinds of smart devices. Updates come via over-the-air (OTA) cell phone card integrated in the car, and the Intelligent Personal Assistant can be used to remotely open or close the windows, regulate the air conditioning or change the mode of the driving experience switch. 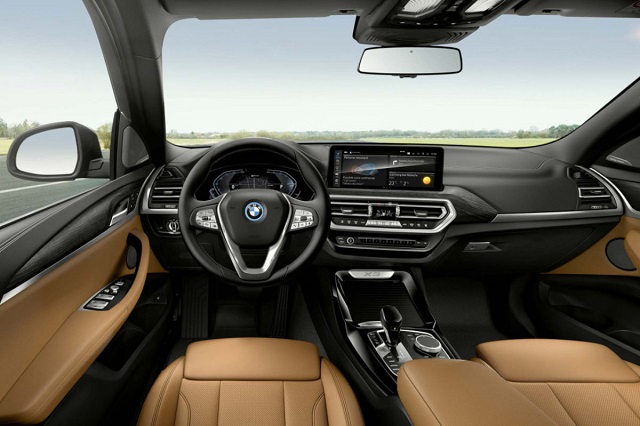 Outputs of engines for the luxury SUV will be from184 to 360 hp. The 2023 BMW X3 xDrive 30e will be available again with a plug-in hybrid drive. All gasoline engines are now also equipped with a 48-volt starter generator. The technology was introduced in the diesel models as early as 2020. The mild-hybrid has a battery that is charged when the driver takes off the accelerator and an 8 kW electric motor that can use this energy to boost when the driver accelerates.

Total of seven engines are going to be available. One thing is common – all are combined with the xDrive all-wheel drive and an eight-speed automatic transmission. The power of the three petrol engines ranges from 184 hp in the 20i to 360 hp in the M40i. Outside US, oil burners are quite popular. The three types of diesel (20d, 30d and M40d) produce 190, 258 and 340 hp. Then there is the plug-in hybrid 2023 BMW X3 30e, whose drivetrain combines a 2.0-l four-cylinder turbo gasoline engine and a 41 kW electric motor. With a fully charged lithium-ion battery, the hybrid can travel up to 50 kilometers electrically. The system is good for 292 hp.

After the facelift, not only that X3 looks different, but its high-end version also creates more torque. The SUV is getting 35 lb-ft of torque extra for the next season. Now, the total is 442 lb-ft coming from a 3.0-liter twin-turbo six-pot mill. The Competition package will be significantly more powerful in the future. The company specifies 3.8 seconds for the sprint from zero to 60 mph. Before, the SUV needed 4.1 sec. Previously, the speed limit was 155 mph. and now it is 180 mph.

The inline six-cylinder, known internally as S58, gets the forged crankshaft from the M3 engine. It reduces the rotating masses and increases the ease of turning. Also known from the M3 (and the M4): The new control centerpiece comes with Drivelogic rocker switch on the selector lever for changing the shift characteristics of the eight-speed automatic transmission. A strut package stiffens the body and thus makes handling more precise. 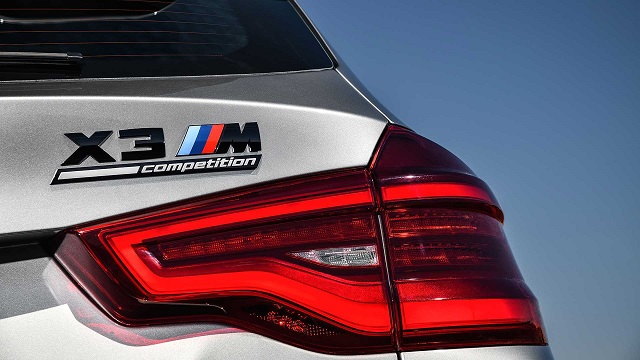 The new 2023 BMW X3 and X4 will have their world premiere on August 27 at the Chengdu Motor Show in China. The facelift models will be produced in the US plants from late in 2021, after which the market launch will begin. The European premiere is planned for the IAA in Munich. After that show, we will know almost every detail about the SUV. One detail was announced – the M Competition package is going to be more expensive. Nevertheless, prices in the US and the rest of the world can be pretty different.