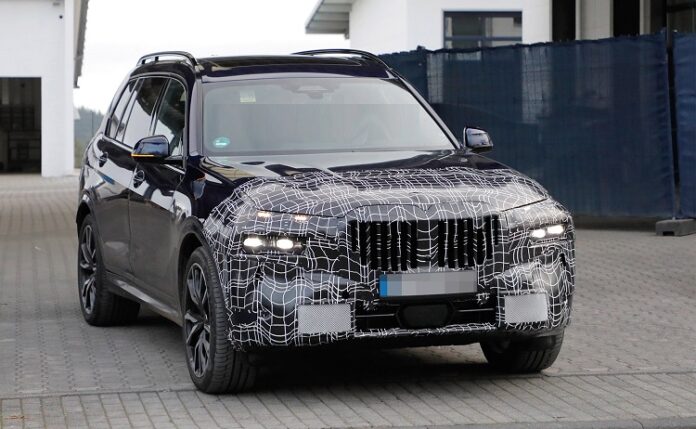 The X7 quickly became the flagship model. The first SUV was out as the 2019 YM. Now, the redesign is getting closer and fans can’t wait to see the 2023 BMW X7. Of course, spy photos are not showing too much. Even the things we see are not the final version. From what we can see, the size should be the same. However, the front fascia takes the most changes. At the back, modifications are not so big. We expect more from the interior. Although spy photos haven’t reached this area, we can compare the X7 to the latest Series 7 sedan.

BMW introduced this model to the full-size luxury segment. We can say this move caused other companies to do more and develop new SUVs. In the past few years, we saw a debut of the new Cadillac Escalade, and last year Toyota brought Land Cruiser 300 and Lexus LX 600. In 2023, we also expect to see Infiniti QX80, based on the modern Monograph concept. Now, it is time for the next challenges which will be brought by the 2023 BMW X7. 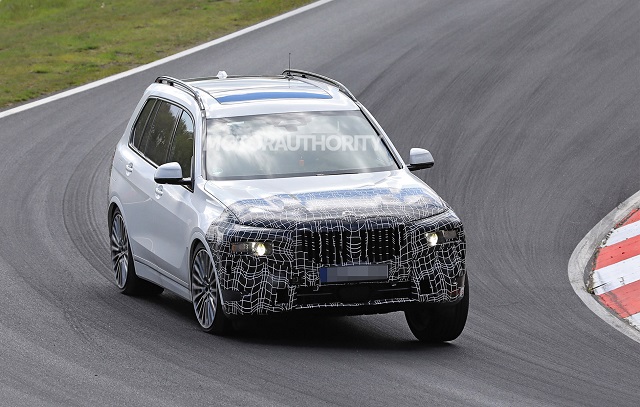 The vehicle is in the process of the mid-cycle refresh. The company is working hard, and the appearance of test mules means the time is for the first tests. However, it doesn’t indicate the close release date. It can happen anytime this year. Still, the redesigned SUV is going to be the 2023 YM. Most experts believe that the X7 is coming in the second half of 2022, with the sales starting in the final quarter.

The price goes up, you can be sure about that. Most other companies increased the initial cost of their big luxury SUVs. Nowadays, more of them end up in the six-digit price realm. The X7 is there for a long time ago. The Alpine XB7 version is the most expensive package. Still, if there was no six-cylinder engine as the base option, the starting price of the 2023 BMW X7 would be pretty hefty. 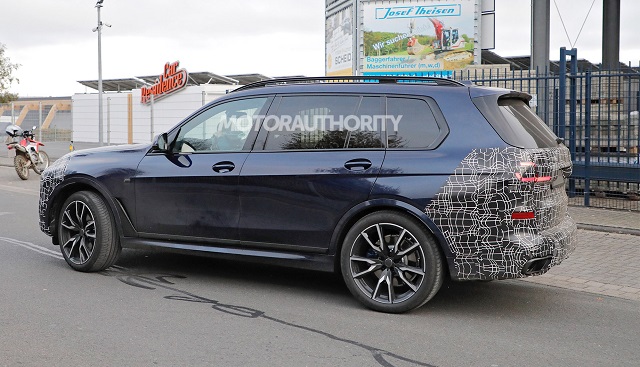 All we know about the 2023 BMW X7 is coming from the spy photos we saw earlier this year. All the leading automotive magazines noted the first appearance of the new SUV. It shows how important player the X7 became in such a short period of time in the market. The competition is also following what is BMW up to.

The front fascia is all-new. The grille is not becoming bigger. The company was heavily criticized for enlarging the front fascia. It is completely updated with slimmer headlights positioned lower than before. The split between kidneys of the grille is larger than before. On the other end, changes are not so big, while the side is not covered by camo at all.

The interior is also going to be new. Some of the solutions for the 2023 BMW X7 will be carried over from the latest Series 7 sedan. Of course, the SUV comes with more space, which means more options. The X7 is a three-row model with seven seats. If you pick captain’s chairs in the middle row, the capacity drops to six. The new model is going to use the latest technology and trim levels will be loaded with extra features. 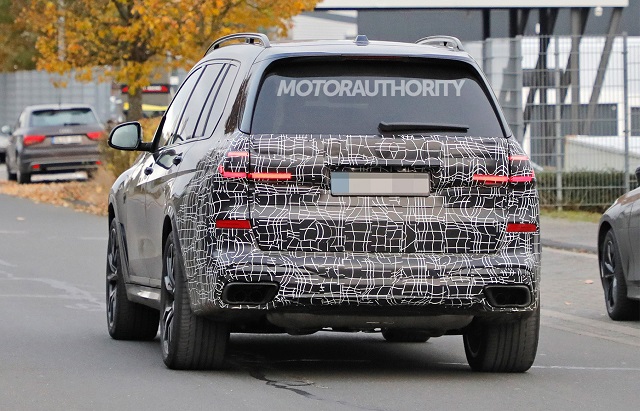 The lineup of engines for the full-size SUV remains the same. The entry-level model is going to use an inline-six unit. 335 horsepower is not something you expect from an SUV of this size and belongs to the luxury segment. The xDrive AWD is standard though. The 2023 BMW X7 M50i fixes the situation with a high-output V8 drivetrain. It can deliver 525 hp and 555 lb-ft of twist. The gas mileage is not for bragging. Wheels are getting power through an eight-speed automatic transmission.

Alpina XB7 model is top of the range version, in every possible way. Besides the styling upgrades, the SUV comes with an enhanced powertrain. The same 4.4-liter V8 is now ready to crack 612 horsepower. We can see the X6mid-size coupe SUV with similar outputs, but it requires the Competition package.

Finally, there are a lot of rumors about a hybrid version. The X5 already has the xDrive45e PHEV. Buyers are pretty happy with it and the company is now considering the expansion of the lineup. The 2023 BMW X7 Hybrid is one of the favorites to show up and round the complete redesign. Our sources claim that the PHEV system is more likely to happen than the standard hybrid. But, the question is if the chiefs want them in 2023. The platform of the current SUV supports such moves. Also, BMW is electrifying the 7-Series sedan. It won’t take too long before the German carmaker carries it over to the SUV segment.