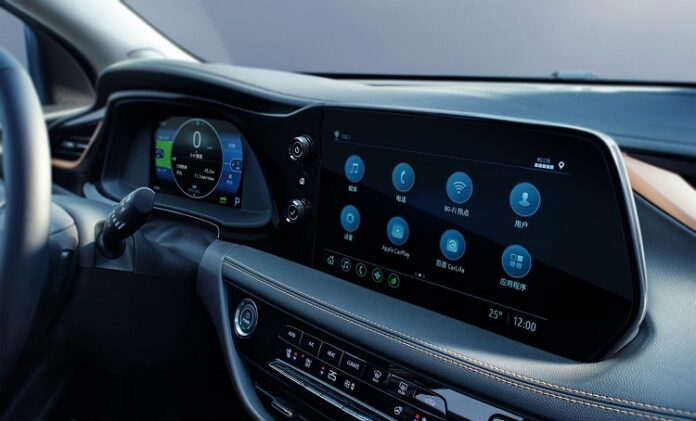 After a short break, GM continues the production of its mid-size SUVs, Chevy Traverse and Buick Enclave. The second one is more interesting since some fans were asking if it is coming back at all. Well, the redesign is on the way, that is for sure. Minor updates for 2022 YM promises more changes on the 2023 Buick Enclave.

The vehicle debuted in 2018, as a 2019 model. Well, the first year in the market showed up some potential. But, the COVID-19 outburst slowed down sales. So, there is no sense to update the SUV in the next two seasons. That means the mid-cycle redesign will occur on the 2023 Buick Enclave.

It will stay the mid-size SUV with a lot of options. General Motors is currently focused on electrification, so a kind of hybrid might be available for the Enclave. Standard engine lineup will be the same. The company is going to update the exterior and interior. We expect the most from the 2023 Enclave Avenir. The high-end model should introduce state-of-art technology, including the Super Cruise autonomous drive. 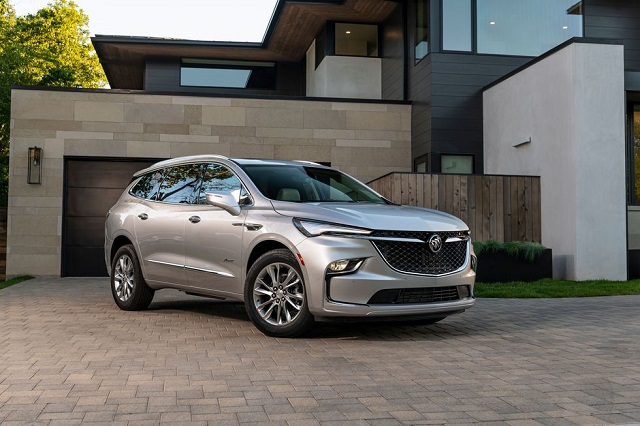 The current version of the SUV has only one drivetrain in the lineup. You can pick several other options, but the engine is always a 3.6-liter V6 with 310 horsepower. It is potent, but buyers would like to see more options. Since the Enclave is a bit upscale model, a turbo-four is not an option. Only more power can be discussed and V8 is too big, even a 4.3-liter displacement the GM is using in some other vehicles. So, one thing is for sure – the 2023 Buick Enclave will feature the same V6 with 266 lb-ft of torque. The redesign could make the SUV a bit lighter, improving the gas mileage. Currently, it is 18/26 mpg. All-wheel drive is optional and consumes more gas – 17/25 mpg. A nine-speed transmission sends power to axles pretty smoothly.

General Motors recently announced big electrification plans for the near future. For example, Chevy Bolt EV, Hummer electric truck, and Cadillac Lyriq are official concepts waiting for production. In China, Buick Velite 7 is an interesting platform that could be launched in several other markets as well. The first signs of electrification we can find on the Enspire model. Now, the entire industry is heading towards a zero-emission world, and such rumors and news will be more frequent. 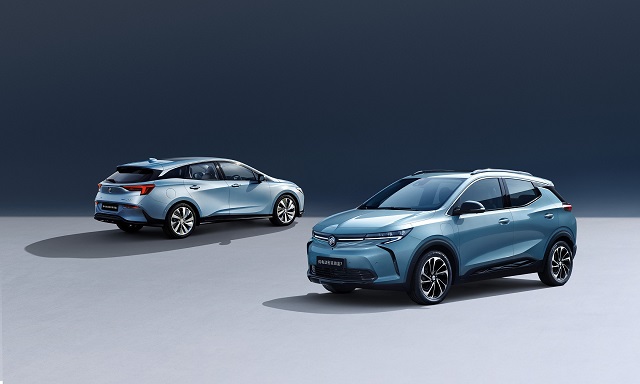 2023 Buick Enclave Avenir and Other Packages

If the electric SUV happens, it will be a totally new vehicle, with specific features and equipment. The base 2023 Buick Enclave keeps main trim levels, including Essence, Premium, and Avenir. The first one is coming with a keyless entry and push start. A liftgate is operated hands-free. Enclave is an upscale, but not luxury SUV. Still, leather upholstery is standard, as well as the power-adjustable seats with heating in the front row. Climate controls are available in three zones. The center of the infotainment system is an eight-inch display. Wireless connection with smart devices is part of multimedia. Standard safety equipment includes parking sensors, blind-spot monitor, and lane-keep assist.

The Enclave Premium brings memory settings for the driver’s bucket, HUD, adjustable steering column. Cooling is there for front seats, and the second row gets heating. The third row can be power-folded, creating more space for cargo. Multimedia is enhanced by Bose audio. Digital rearview mirror will help you see what is going on behind the SUV even when it is fully loaded in the back.

The 2023 Buick Enclave Avenir adds a sunroof, navigation, and adaptive cruise control. It can be replaced with the Super Cruise autonomous drive system for the upcoming SUV. Optionally, buyers can add the Technology package. The adaptive suspension setup is definitely something worth taking into consideration. 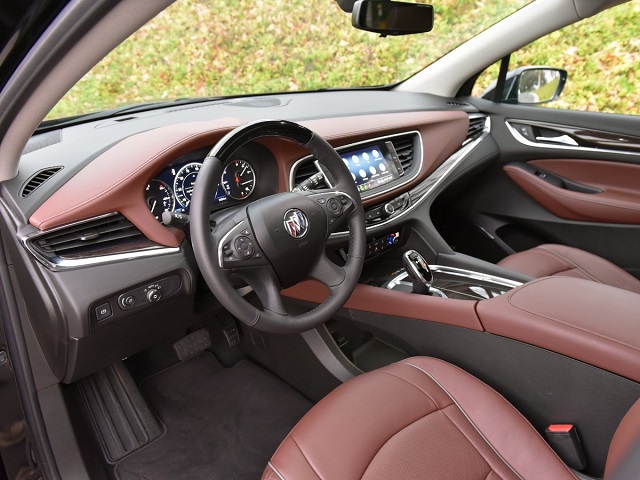 Essence and Premium package are offering Summit White as the base color. Meanwhile, there are a few options available for $500, Buick is definitely updating the palette, so expect slightly different shades. Still, most will be carried over, such as premium White Frost Tricoat premium paintjob that costs $1,100. Beige and Dark Black are interior options for base models. Avenir brings unique interior materials and themes.

Like always, General Motors is launching new vehicles in the final months of a year. The 2022 Enclave was recently added to the lineup and we expect to see the 2023 YM in 12 months. With so many changes on the way, you should see it in October or December. The price is going up, for sure. The base MSRP won’t be under $45,000. All-wheel drive is going to cost $2,000, and in combination with Avenir package, the price is going to exceed $60,000 before you select the next upgrade.