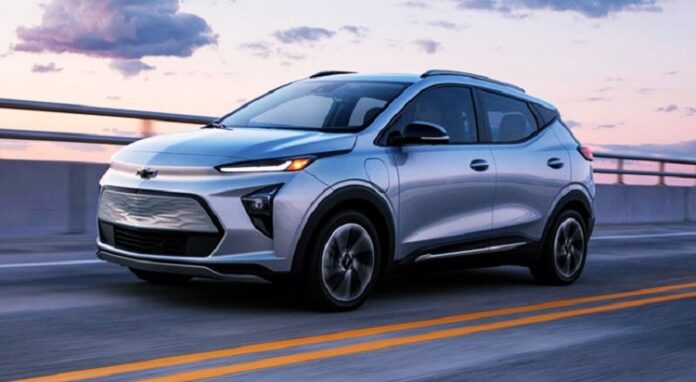 Vehicles are evolving, and the 2023 Chevy Bolt is going to be one of the best examples. We got used to the hatchback, but the company is going to produce it as the subcompact crossover in the future. The form changed, but the heart is still electric. The Bolt EUV is a part of the big process. General Motors is going to deliver more EVs in the next few seasons. This one was one of the first announced for 2023. Now, we know there are GMC Hummer truck and SUV, as well as the Cadillac Lyriq.

The small crossover is coming out as the 2023 Chevy Bolt EUV – an electric utility vehicle. The subcompact segment is perfect for experiments. GM is not the first company to deliver such a vehicle, and competition is becoming bigger. There is a tiny difference between mini SUVs and hatchbacks, so Nissan Leaf and Hyundai Ioniq. Bolt is new, which will be the strongest side of the new electric crossover. 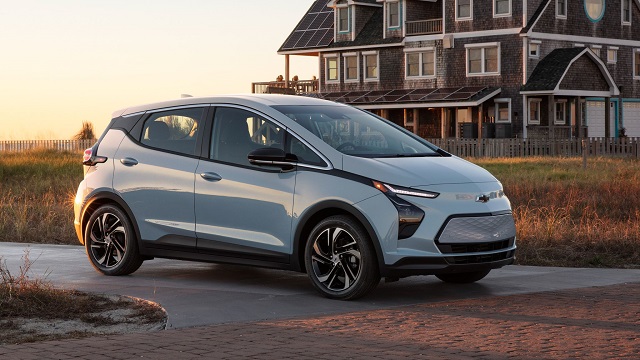 The electric battery for the 2023 Chevy Bolt will have a capacity of 65 kWh. It will be enough to run the crossover for 250 miles. Compared to the hatchback, that is 9 miles shorter. But, the crossover is bigger. The electric unit is producing 200 hp and 266 lb-ft of torque. That is more than most other subcompact vehicles in the same class. The power is sent to front wheels. Interesting, all-wheel drive is not an option. The company is still working on the recharging system. The last known info is that engineers managed to create a station that can restore 95 miles in 30 minutes of charging. Well, it has to be a lot better. Some companies can offer chargers doing 90 percent of the battery in less than an hour. 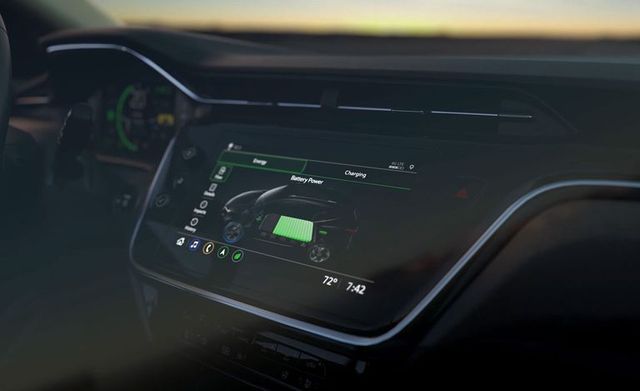 The 2023 Chevy Bolt EUV is an electric vehicle with exceptional mileage. Its size is perfect for city rides and parking lots. The weight makes Bolt easy to maneuver, and what is more important – wasting not too much energy. There are no emissions and the engine/battery runs silently. Well, some old-school drivers won’t take this as an advantage, since they like to hear the engine roar. Electric batteries are also pretty potent, delivering enough torque and horsepower. Finally, electric vehicles are eligible for tax refunds. That could turn into an $8,500 discount, depending on the state.

On the other hand, a full battery can’t cover as much distance as a full gas tank. Plus, when the electric motor runs out of power, you’re stuck. Even the best parts of the US for electric vehicles don’t have excellent coverage networks for recharging. Also, it can cost as much as the gas refill, especially if you want speed chargers. If not, it will take a while. And finally, the 2023 Chevy Bolt EUV is going to cost $34,000 in the base form. For a small vehicle, that is too much, regardless of the advanced tech it brings. 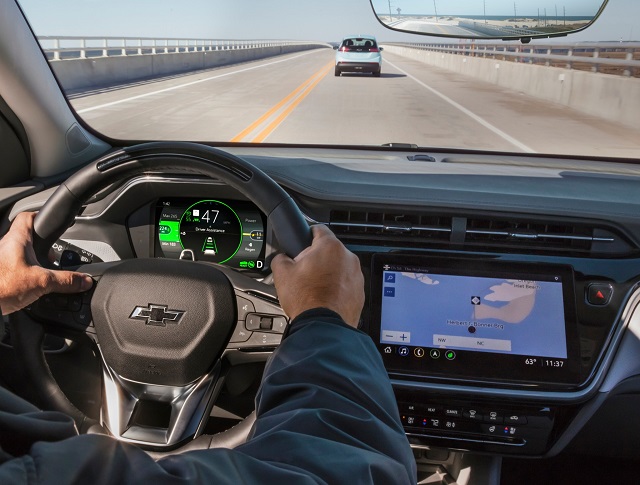 If you are looking for the hatchback, it is still available at dealerships. The 2023 Chevy Bolt crossover is coming later in 2022. The base price should be around $34,000 and that is a bit of a discount compared to the hatchback. There are no details about higher-end models and their upgrades. Still, General Motors will try to improve the offer and deliver a crossover with more tech options. Expect to see such Bolt EUV above $40,000. Pre-orders are available on the official website.

Electrification of the subcompact crossover segment is taking a full swing. The Bolt EUV will face strong competition. Volvo XC40 is drawing a lot of attention, while Hyundai Kona and Kia Niro are out there for a while. If you want to spend extra for a larger vehicle, then you can purchase Tesla Model Y, Jaguar I-Pace, or Ford Mustang Mach-E. The upcoming lineup is also exciting. The market will be full of German electric vehicles – VW ID, Audi E-tron, Mercedes EQ models, and of course, the BMWs based on the iNext concept.