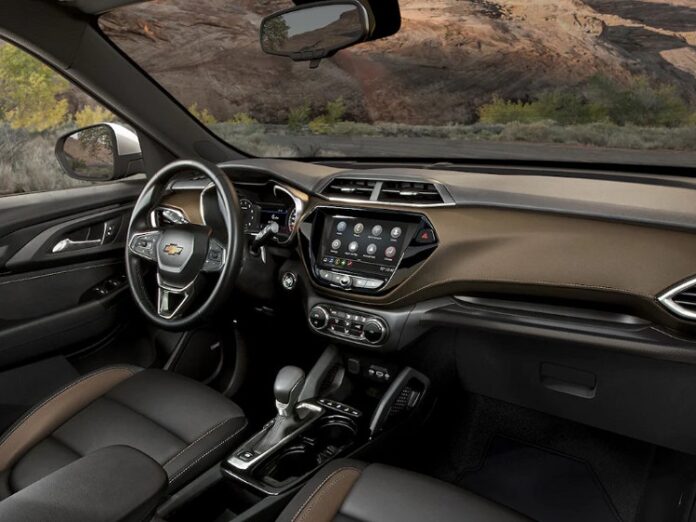 The upcoming 2023 Chevy Trailblazer is not going to introduce any big change compared to the existing vehicle. The carmaker will start production in the second quarter of 2022, but sales will continue later this year. Plants that assemble the small crossover are in South Korea and China.

The third generation of the nameplate was introduced in 2021. The 2023 Chevrolet Trailblazer is coming unchanged, while the first facelift should happen for the 2024 YM. Meanwhile, we can only guess the plans. General Motors is electrifying some models, but hybrid units are still not announced.

The crossover is taking the position between Chevy Equinox and Trax. Four trim levels are available and two engine choices. Of course, Chevrolet will make a lot more options available, including tech, safety, driver aid, paintjobs. We’ll see if the price of the new model is going to stay put. The MSRP starts from $23,000. 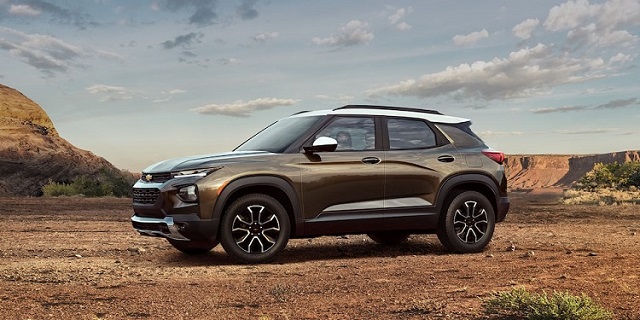 Two lower tier trim levels are offering an entry-level engine. It is a 1.2-liter turbocharged drivetrain with 137 hp and 162 lb-ft of torque. A CVT sends power to the front wheels. On some models, you can select AWD. The vehicle is an excellent choice for city cruising, driving 29 mpg. Have in mind the size of the 2023 Chevy Trailblazer. It won’t be such a problem to park it in tight parking lots.

A 1.3-liter turbo I-3 engine is not available with the base trim level, it is optional for the LT, and standard for all other packages. The engine is more potent with 155 hp and 175 lb-ft. Consumption is even better on the highway, where the 2023 Chevy Trailblazer can return 33 mpg. With an all-wheel drive, the fuel economy drops to 26/30 mpg. If you select the AWD, a nine-speed auto gearbox replaces the CVT.

A hybrid model is not coming any time soon. Chevrolet and GM are not so into this world. Well, the sales are affected by this move. Crossovers with hybrid configurations are dominating the charts, with fuel economy numbers around 40 mpg. In the future, we’ll see an electric crossover by Chevrolet. The first one is Bolt, but it will be smaller than the Trailblazer. 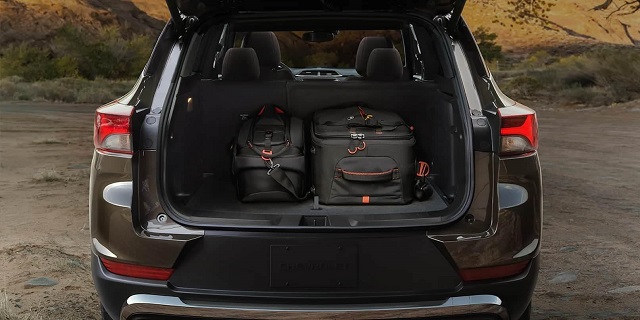 Let’s check the packages and options the 2023 Chevy Trailblazer is going to offer. It is a small crossover, with excellent maneuvering skills. The vehicle is perfect for newbies, while more experienced drivers will look for something more powerful. One of the advantages is the size, which positions the Trailblazer between subcompact and compact sizes. Plus, the rugged styling will definitely draw attention.

As said, the entry-level LS trim comes only with a 1.2-liter engine. It is also the most affordable package. Buyers are getting 17-inch wheels, a 7-inch screen, and six-speaker audio. Highlights of the safety system are forward collision mitigation, lane-keeping assist and automatic high beams.

The LT adds roof rails, LED foglights and tinted rear windows. Inside, this model is using a power-adjustable driver’s bucket and heated front seats. Remote ignition and cruise control are notable upgrades. We already mentioned – a 1.3-liter engine is optional.

The 2023 Chevy Trailblazer Activ is a more potent and more appealing version of the crossover. A 1.3 engine is standard with 155 hp. You can also go off-road thanks to the special suspension tuning. The tow hitch receiver is added, as well as skid plates with other exterior styling elements. The contrasting roof makes the Activ package pretty recognizable, while the leather upholstery is definitely something that makes the interior more elegant. 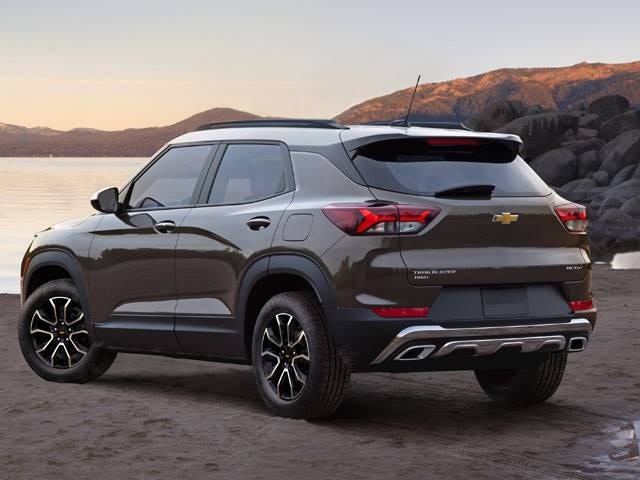 We’ll check the 2023 Chevy Trailblazer RS as a separate model from the rest of the lineup. This is the most popular version of the crossover and deserves special attention. As for Activ, a 1.3-liter engine is standard. Also, 18-inch wheels on the small crossover cause an eye-catching effect. Inside, red contrasting accents are on the leather seats and dashboard. The Technology package is optional for the RS model. It adds Bose audio, HD rearview camera, larger screen inside the cockpit, wireless charging, and adaptive cruise control. Unfortunately, Super Cruise is not available for the 2023 Chevrolet Trailblazer.

Other notable optional packages are Driver Confidence with a blind-spot monitor, rear cross-traffic alert and parking sensors, or Convenience bundle with power outlet, auto climate control, and 8-inch screen for models where this option is not there by default.

The production of the model for the next year will start this April or May. Before the sales begin, General Motors is going to update the prices. The 2023 Chevy Trailblazer probably starts again at around $23,000 and the top of the line models can cost $29,000. For $6,000 you are getting a more powerful engine, all-wheel drive, nine-speed auto transmission, and a lot more equipment. The Trailblazer is not going to face too many rivals in the special segment between the compact and subcompact world of crossovers. Nissan Rogue Sport is definitely one of the alternatives.