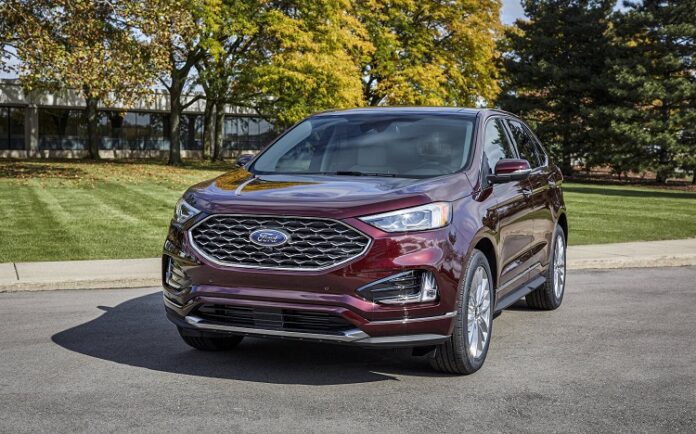 Every couple of seasons, Ford makes some changes to the mid-size two-row Edge SUV. So, we have a reason to believe the upcoming model is bringing something. Enthusiasts believe in the new generation, with a fresh styling, improved ST model, and even maybe the EV version. On the other hand, pessimists are afraid of discontinuation. After the facelift in 2019, the SUV was removed from the UK market, and the latest 2021 MY update cut it from European dealerships. It means the 2023 Ford Edge will show up only in the US, as the things stand right now.

This is one of the oldest models in Ford’s lineup at the moment. So, it has the sense to believe a big redesign is near. However, the company is currently focused on electrification, so we can often hear the rumors mentioning the 2023 Ford Edge EV. It wouldn’t be a surprise, having in mind that the first electric vehicles are already out. Meanwhile, conventional four- and six-cylinder units will still be available. 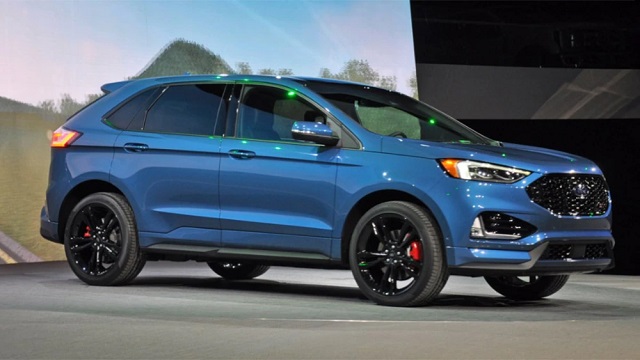 Let’s check out what are certain options for the 2023 Ford Edge engine room. The standard option is a 2.0-liter turbo-four. The Blue Oval company just loves turbocharged configurations with a smaller displacement. The SUV can count on 250 hp and 275 lb-ft. another advantage of such a setup is good gas mileage. The Edge is going to return 24-25 mpg combined. Another notable detail is the AWD as the standard option. A turbo-four engine sends power to all wheels through an eight-speed automatic gearbox.

The 2023 Ford Edge ST is equipped with a 2.7-liter turbocharged V6. This engine is mated to a seven-speed transmission, and engineers could revisit the configuration. Currently, it can crack 335 horsepower, which is more than enough to stun fans. But, for example, Ford enhanced a 3.0-l turbo-six for the Bronco Raptor to 418 hp, while on some other vehicles, the same setup delivers 400 ponies. Again, an all-wheel drive is standard and the gas mileage drops to 19/25 mpg. 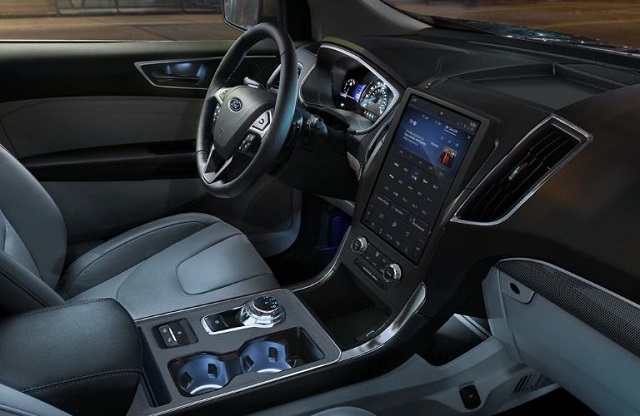 The company is going to revisit trim levels of the 2023 Ford Edge. Nevertheless, do not expect some radical moves, since the two-row SUV is not at the top of the priority lists. SE, SEL and Titanium are standard packages, while the top of the range model is Edge ST. A lighter ST-Line variant is available with a turbo-four engine.

A fresh palette of colors and a new set of wheels will make the upcoming SUV look fresh. Those will definitely be 18-inchers for the SE trim. Other highlights are a 12-inch screen as the center of the infotainment system, dual-zone climate control, high safety awards, and generous cargo space. The SEL is a mid-range version with some premium options. For example, you will get simulated leather, a heated front row with a power-adjusting system, and an advanced audio system. Titanium will suffer the most modifications. Top of the range features are B&O sound, parking sensors, remote start, and wireless charging pad.

The main highlight of the 2023 Ford Edge ST is a powerful drivetrain. Still, there are a few other features that make this model great. First, there are visual upgrades around the body. A set of big 20-inch wheels is painted in black. To handle so much power, engineers installed sport suspension. Leather upholstery makes the ride more comfortable, while Bang&Olufsen adds more speakers to its audio system.

One of the rumors that draw our attention is the 2023 Ford Edge EV. Speculations are based on the latest announcement from the company that a couple of new electric SUVs are joining the lineup. From earlier we know that gas engines are going to be replaced with electric motors in the future. Still, this is not a short-term plan, and the plants with internal combustion will be on the streets for the next 10 years.

Anyway, after the Mustang Mach E, the 2023 Ford Edge EV might be the new step toward the complete electrification of the SUV lineup. There are no details about this and another vehicle mentioned in an announcement.

The company is also updating the color palette for the 2023 Edge. Expect new shades and a total o 10 paintjobs will be available. The black interior is standard, both for cloth and leather surfaces. Only Titanium package offers a lighter theme for the cabin, called Ceramic, and we expect it back with the 2023 redesign.

The new Edge should be out very soon. But, the launching date depends on many factors. First, the redesign progress, and the second, the electric drivetrain. Ford doesn’t rush out. The company will take time to build the best possible configuration, which will be competitive in the mid-size two-row SUV market. The price should definitely stay put since buyers are keener on seven-seaters or crossovers with better gas mileage.