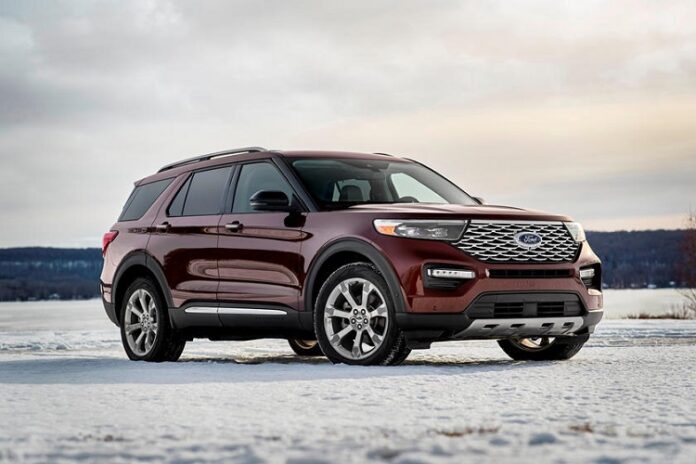 After the redesign, the new Explorer continues to impress. Well, we can think already about the first small update, three years since the sixth-gen SUV hit the showrooms. Even if it comes unchanged, the 2023 Ford Explorer will be one of the best-selling mid-size models in the class. This is not happening by chance, since the US carmaker spent a lot of resources in the development. The SUV is now available with hybrid and performance-oriented engines, which makes the entire lineup richer. In other words – if you are looking for a mid-size SUV, Explorer will have at least one version to meet the buying criteria.

Owners of the new generation have a full package. The 2023 Ford Explorer is going to be powered with potent engines, even at the base trim level. Don’t write off the gas mileage yet. However, the SUV is not a budget-saving option. Interior space is generous, with a foldable second and third row of seats. Upper trim levels bring luxury and extra safety. Or, if you like, a 400-hp engine with the ST model. Of course, there are also visual upgrades with a more aggressive grille, spoilers, wheels… 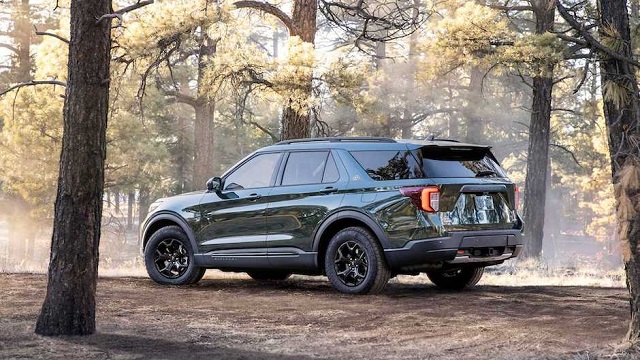 Under the bonnet of the 2023 Ford Explorer will lay a 2.3-liter turbo-four engine good for 300 hp and 310 lb-ft. The output is clearly showing that a four-banger can compete in the class where most models are using a V6 as the base choice. It is not all about power, but also the fuel economy, towing capacity, and overall driving impression. Ford is proud of the 2.3-l engine, so its main nameplates will use this drivetrain, such as Bronco and Mustang. The MPG rate at 21/28 can be an important fact for buying a big rig.

Rear-wheel drive is standard and a ten-speed automatic transmission can also send power to all wheels. This is a standard configuration if you opt for a V6. Again, engineers will turbocharge the drivetrain to squeeze more power from a 3.0-liter displacement. Nevertheless, you will have to splash more money to obtain it, since the V6 is available only with King Ranch and Platinum trim levels, where it develops 365 hp. The top of the range model is ST, where the same powerplant is tuned to 400 hp.

If you don’t need so much power, you might think of making the SUV fuel-friendlier. In that case, the 2023 Ford Explorer Hybrid jumps in. The vehicle is going to produce 320 horsepower from a 3.3-liter V6 engine. The gas mileage is 28 mpg combined and drivers especially praise the performance in crowded areas. All-wheel drive brings better traction, but the fuel economy is not so great. In the future, the company might add a plug-in version. Well, such a configuration is already available on the Lincoln Aviator and it produces nearly 500 horsepower. Finally, do not expect the 2023 Explorer to get a diesel engine, although some reports mentioned this option. The oil burner will come only for the Expedition.

Which 2023 Ford Explorer Is the Best?

Besides several engine options, there are quite a few interesting trim levels the SUV is going to offer. Well, it all depends on your needs and the amount of money you are willing to spend. But, even the entry-level 2023 Ford Explorer is going to stun you with some features. Highlights is definitely big wheels and a power liftgate. The SUV is pretty safe. The infotainment system should be better. Well, the XLT trim fixes the problem with a larger screen. Heated seats are also added and wheels have more options for customization.

The mid-range offer starts with Explorer Limited. Bang and Olufsen audio is bringing a new experience. Surround view camera is part of the CoPilot360+ bundle. As said, A V6 is available with the King Ranch and Platinum packages. Extra power, more safety and infotainment options, and plenty of other upgrades, those two put Explorer to the luxury class. This year, we saw the Timberline edition, which boosted off-road capabilities. But, we still don’t know if it is going to remain a part of the lineup. If you want to maximize the 4×4 potential, then Ford Bronco seems to be a logical choice. 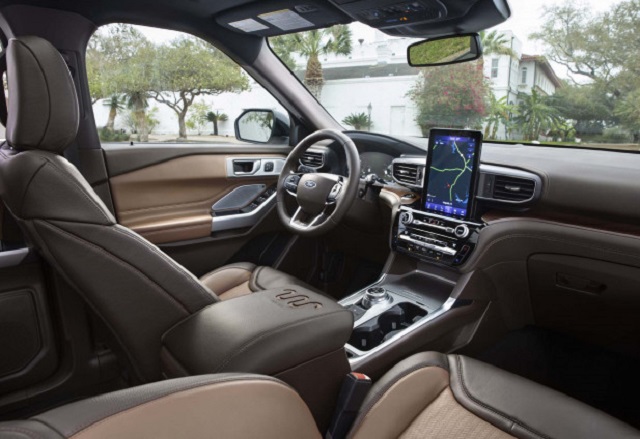 With no changes on the 2022 YM, we expect a few updates on the 2023 Ford Explorer. Designers still have plenty of time to fix all the issues the first two editions of the new generation are showing. The company is not going to rush into the market, which means the release date is not set yet. Experts predict the 2023 Explorer debut late in 2022, which has sense. Still, until then, we will learn more about the vehicle.

The pricing is staying put, since the Explorer is already one of the expensive choices, at least at the base trim. Like said, you can upgrade the ride, and build a premium SUV. High-end versions will cost over $75,000.