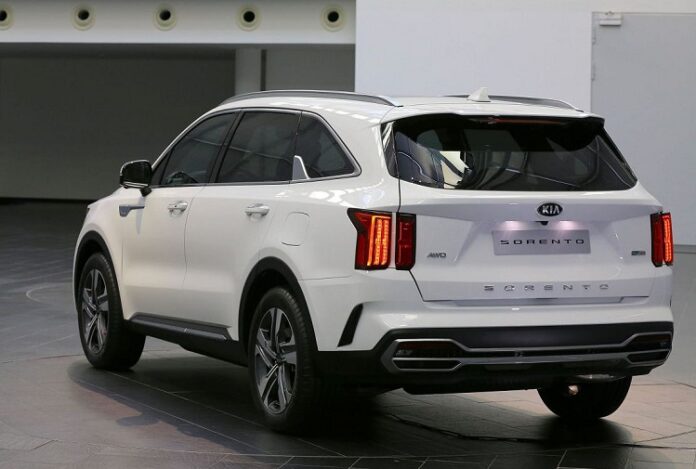 The 2023 Kia Sorento will be ready for the mid-cycle update. The company was releasing the new generation of this model every five or six years. The current edition debuted in 2020 and by 2023, fans will already be used to the look and features. The future of the Sorento is mysterious. This was the largest SUV for a long time. But, there is now a bigger unit in the lineup, Telluride. From what we saw in Hyundai’s case, the Sorento could take a spot in the mid-size two-row segment, while the new model is going to be a seven/eight-seater. Also, expect a premium SUV in foreseeable future.

There won’t be changes under the hood. A couple of petrol units are offered. The 2023 Kia Sorento Hybrid is also going to be improved. This is a good expansion for the Korean manufacturer, which will make the SUV more competitive. The current generation drew attention with bold styling and safety. Kia is definitely going to keep those characteristics. One of the reasons why to buy Sorento or some other vehicle by the Korean manufacturer is extended warranty. Captain’s chairs are an optional upgrade. Nevertheless, there is room for the better, and the first move is made – Sorento will get a V6 engine. That is going to improve towing capacity. 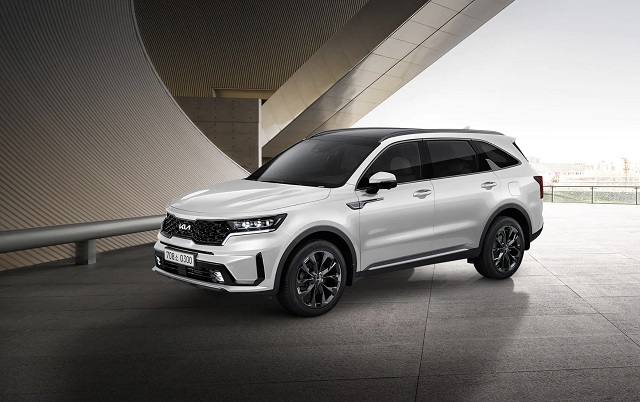 A 2.5-liter four-cylinder engine is the base power source for the new Sorento. The company dropped a V6, but it will be back soon. Instead, a hybrid configuration replaced the petrol mill. It is already a cool option, but Kia is about to make the lineup even more spectacular. The 2023 Kia Sorento PHEV configuration is on the way.

But, let’s start with the entry-level setup. A 2.5-liter four-banger is delivering 191 horsepower and 180 lb-ft. This is something fans expect from a compact crossover, not a larger SUV. But, as the base option, it is a solution for buyers looking to maximize the gas mileage. The new Sorento returns 24/29 mpg with the front-wheel drive, while the AWD consumes a lot more gasoline.

From there, buyers can improve power and fuel economy. In the first case, a turbocharged version of a 2.5-liter mill is going to deliver 280 hp and 310 lb-ft, which is a more suitable output for the 2023 Kia Sorento. Again, front- and all-wheel drive are available choices. An eight-speed auto transmission converts the power. This is the best option if you need extra towing capacity. The Turbo model can tow up to 3,500 pounds. 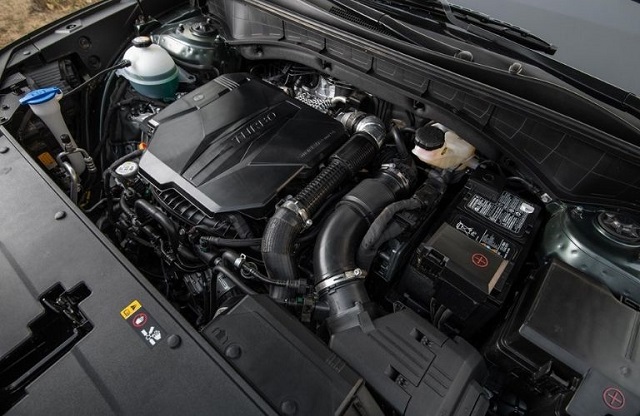 A novelty for the fourth generation is a hybrid setup. A 1.6-liter turbo-four petrol engine is paired with a 44-kW electric motor to maximize the gas mileage. Sorento will be a rare mid-size SUV with 39 mpg mileage in the city. The combo is also enhancing a power output to 225 horsepower. The hybrid edition is available only on the selected trim levels.

The plug-in hybrid is a serious upgrade. There are no too many vehicles in this class with such a drivetrain. That means the 2023 Kia Sorento PHEV is going to have an easier path. We still don’t have any signs of what will be under the hood. But, the combo of the petrol engine and electric motor is about to deliver more power and cover some distance by using only the battery. Do not expect spectacular numbers. The range is going to be 20-30 miles.

The COVID-19 outburst slowed down the automotive industry for more than 12 months. Companies didn’t make big moves and sales significantly dropped. So, we can say this was a wasted year and the 2023 Kia Sorento is still new and fresh, especially having in mind a new mid-size SUV by the Korean manufacturer stepped into the market. Nevertheless, it won’t stop Kia from updating the upcoming Sorento.

The PHEV model is bringing its own configuration and equipment. However, the overall look remains the same. The SUV is just short of 190 inches with a 111-inch wheelbase. The vehicle is built in Georgia. Reshuffling trim packages is a certain thing. However, the offer depends on the type of engine. 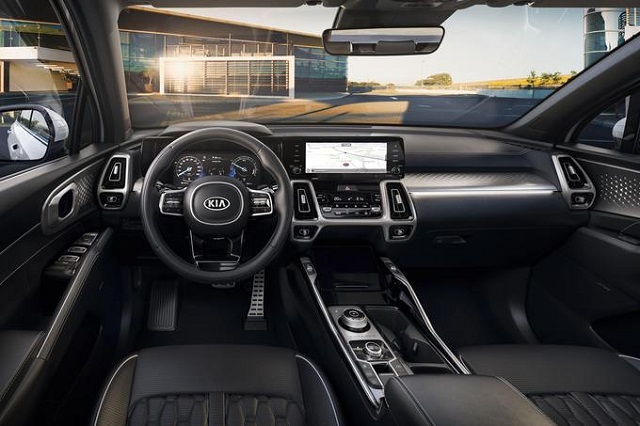 The SUV is going to become available in the second half of 2022. Then, we will learn everything about the 2023 Sorento. Meanwhile, the company will release only minor details, such as the plug-in hybrid version. The price of the standard package stays put. Sorento is one of the mid-size SUVs you can buy under $30,000. S package is going to cost $2,500 and EX is the next upgrade for the same amount of money. The price of all-wheel drive is $2,000 and it is standard for the SX Prestige. 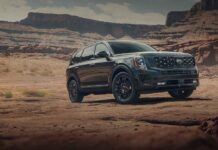 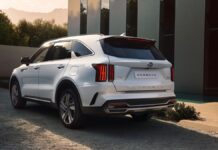 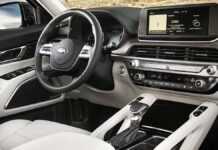