Nissan will try to make the mid-size two-row SUV more popular. It won’t be easy, since buyers looking for more room will always order the three-row model instead. On the other hand, those who appreciate gas mileage will go after compact crossovers. But, the 2023 Nissan Murano could be different. The Japanese company recently presented the Ariya concept. A cool styling and electric drivetrain are something that will be very useful to the mid-size SUV. Designers are implementing the language on the upcoming Murano. We can’t wait to see the first spy photos for more details.

Well, the vehicle is not going to use only the electric platform. The conventional drivetrain will still be there. For now, we know that V6 engine is coming back. That was one of the key advantages of the Murano in the past since most rivals are using four-pot mills. While the engine is being praised, a CVT gearbox is under fire. So, novelties in this sector are expected. Eventually, that should increase the towing capacity. The current level is very poor. 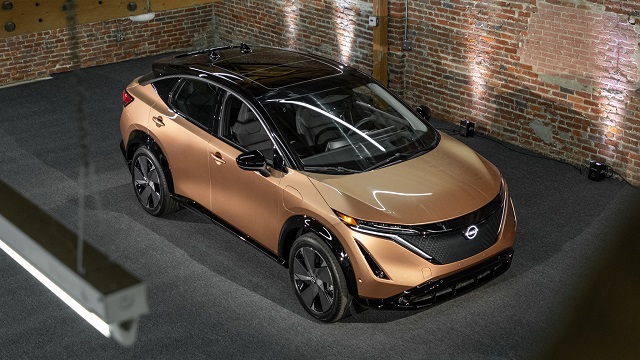 The SUV is one of the oldest models in Nissan’s lineup and in the mid-size market. The company updated the vehicle in 2019, but the latest generation is from 2015. In the meantime, all the rivals launched another series, while some carmakers added whole new models. For example, Honda Passport and Toyota Venza.

Four years after the latest update, the new redesign is going to deliver something special. The 2023 Nissan Murano will still belong to an unpopular class of vehicles, but it is going to make a statement. The redesign will be based on the Ariya concept. Yes, it is a platform for compact electric crossovers. But, Murano delivers excellent gas mileage, although a six-pot unit is the only source of power. Engineers are ready to take both efficiency and appearance to the next levels. The platform is attractive and modern, so there are no doubts about the success of the upcoming SUV. 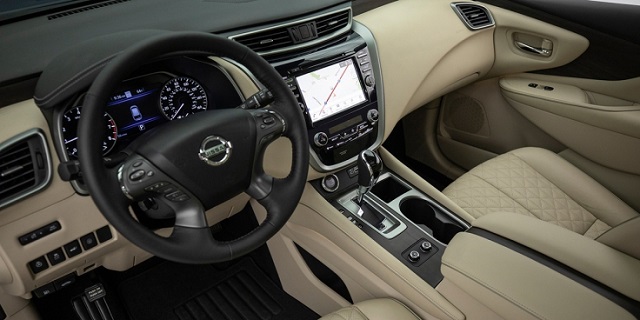 Nissan is currently developing a few new vehicles. Some of them are already out on the streets, being tested for real life. The Nissan Z sports car is definitely stealing the show. There is also the new Pathfinder on the way. For now, spy photos of the 2023 Nissan Murano are missing. Once the company starts testing the vehicle, we will know more about the redesign details and what to expect.

A V6 is probably staying under the hood. A 3.5-liter displacement is a reliable partner for years. But, the entire industry is downgrading big units. A turbo-four might replace a V6, delivering the same amount of power, but saving a lot of fuel. Nevertheless, it is easy to say. Fans of the SUV got used to the big rig under the bonnet and Nissan doesn’t want to disappoint them. A six-cylinder mill is good for 260 hp and 240 lb-ft of torque. Engineers didn’t maximize the outputs. Well, that is the difference – if you need more power, you will go after the Pathfinder three-row SUV. There are not too many mid-size models that can return 30 mpg. But, a six-pot engine is not the best option for city driving. The gas mileage of 20 mpg is the main reason why we think of the turbo-four unit.

Murano used to offer a hybrid configuration. But, engineers dropped the setup. Years ago, Nissan was a leader in electrification. Leaf is still the best-selling EV of all time. The company also had other projects, such as the Murano hybrid. But, this setup was not good enough to draw more buyers. Plus, the technology was new and pretty expensive. Now, there are more vehicles available with electric support, boosting power and fuel economy. Eventually, the 2023 Nissan Murano Hybrid will be out with improved gas mileage. We believe that the Japanese carmaker can catch up with Toyota and its Highlander Hybrid that can return 35 mpg.

The new Murano will keep existing trim level lineup. There is no plenty of models available, but all packages are equipped with cool features. The pricing is about to jump, because of the redesign. The MSRP starts around $33,000 for the S model. SV and SL are the mid-range versions you can find under $40,000. Beyond this limit is the Murano Platinum. Packed with several additional packages, such as all-wheel drive, the price is going to be around $50,000.

The new 2023 Nissan Murano is going to become available for ordering late in 2022. The company will unveil it a few months before the sales start.