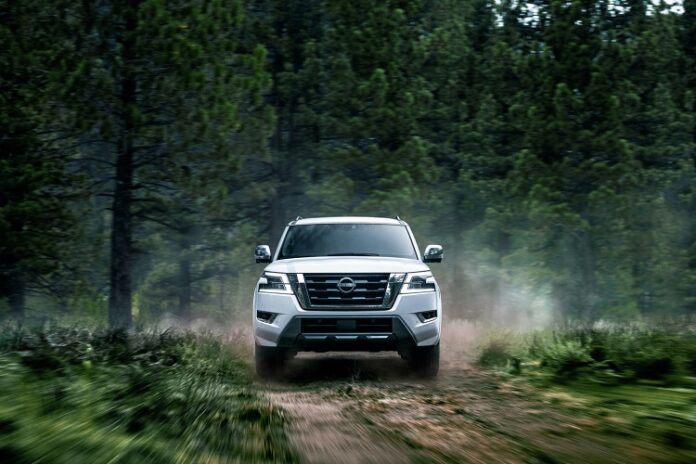 The 2023 Nissan Patrol is one of the best big SUVs outside the United States. It is a close sibling to the North American Armada. So, we can follow updates on both models, trying to figure out what’s new for the upcoming season. It seems like Patrol fans found out more details about the update. According to sources, the company is preparing an all-new SUV with plenty of novelties.

The styling is a bit out of date, but the fresh look will make the 2023 Nissan Patrol more aggressive than ever. Of course, a part of the redesign is a complete overhaul of the interior. The SUV stays a three-row model. Now, there should be more space, especially in the back. Plus, Patrol is becoming safer than ever.

Finally, the big rig is getting an all-new drivetrain. Instead of a V8, engineers are preparing a smaller block. A turbocharged unit with high outputs is the replacement, but we still don’t have too many details. Outputs are going to be close to the current level and performance must meet the demands of Patrol’s fans. Also, we can hear rumors about the Warrior concept, a mighty off-road package, and a performance-oriented Nismo version. 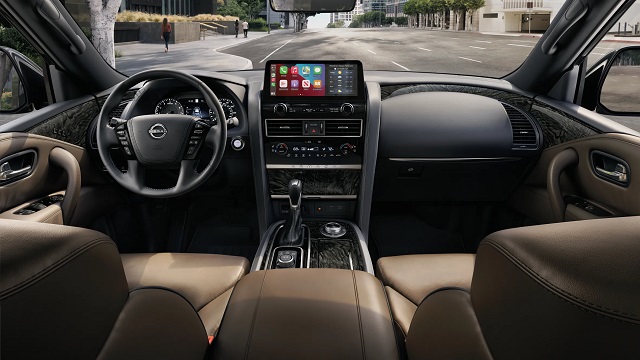 The vehicle was updated recently, but the new generation can make the vehicle competitive against rivals. The 2023 Nissan Patrol comes with a changed front fascia, including bumpers and hood. The C-shaped headlights were recently added and only minor updates could happen there. The company will also come out with new features and systems. But, first of all, the interior layout should offer more room for passengers in the rear row. Patrol is a full-size SUV, but it lacks space in the back. Also, safety and infotainment systems are being updated for the 2023 season. Well, the SUV already offers some advanced options, even at the base trim levels in certain markets.

Sources from Australia are giving strong signals about the redesign, but also the new drivetrain. Under the hood of the SUV is a durable and powerful V8 engine. However, the company is going to sacrifice two cylinders and add turbochargers to make it up. The 2023 Nissan Patrol V6 should be at the same level of power as its predecessor.

But, fans are asking what is happening with the performance? The priority is to keep high capabilities, especially for the off-road drive. A 5.6-liter V8 was able to produce 400 horsepower. A new 3.8-liter V6 could be turbocharged and it has the potential to burst even more energy. Some say that even an electric battery can support the system and add extra power. At the same time, the 2023 Nissan Patrol Hybrid would be able to save some fuel.

Two off-road and performance packages are easy to recognize in the Nissan family. There are no too many Nismo vehicles available in the market. Fans of every model dream of such an upgrade. Well, Patrol is one of the rare nameplates to offer the high-end bundle. But, this version was available only in the Middle East. The 2023 Nissan Patrol Nismo should be out in more markets. Fans in Pacific Asia are also eager to see it at dealerships. This edition might keep a big V8 engine, but tuned to deliver more power than the standard SUV. Buyers in the Middle East got the vehicle with 428 hp.

Another cool project is the 2023 Nissan Patrol Warrior. The concept was introduced a few years ago on the Titan XD truck. However, Warrior never entered production. But, fans remember it and we can find a lot of rumors about the off-road oriented package. Not only Titan could offer it, but also other big rigs. The Patrol SUV seems to be one of the favorites since non-US buyers are also keen on 4×4 adventures.

The launch date of the 2023 Nissan Patrol depends on the development process. The SUV is a top priority and it should be one of the first new models to hit the market. We are also checking the status of the new 2023 Armada, since the two models will share a lot of things. With so many changes, it will be worth of waiting, for sure.