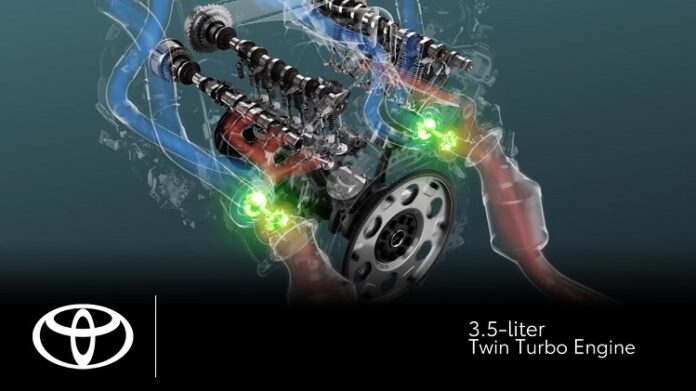 The 2023 Toyota Sequoia will remain the largest SUV in the lineup. The redesign of the big rig might happen before fans expected. The 2023 update might even present the third generation. Well, Sequoia is ready for a while, since the current version had a premiere way back in 2007. All the big models need a redesign, including Land Cruiser and Lexus LX.

It is not spoken too often, but the 2023 Toyota Sequoia could get a new drivetrain. A V8 is mighty, but also big and thirsty. A turbo-six is on the way, according to multiple sources. The first rumors showed up with the new LX600 nameplate being registered at the USPTO. It was obvious that large vehicles need a lighter, but powerful engine.

Besides the updates under the hood, we also want to see a fresh styling. Most of the design is a carry over from the original Sequoia. Both interior and exterior are going to be new, if Toyota wants to keep up with the competition. Well, a few moves are already made – such as the inclusion of popular smartphone integration services, and the TRD Pro package. 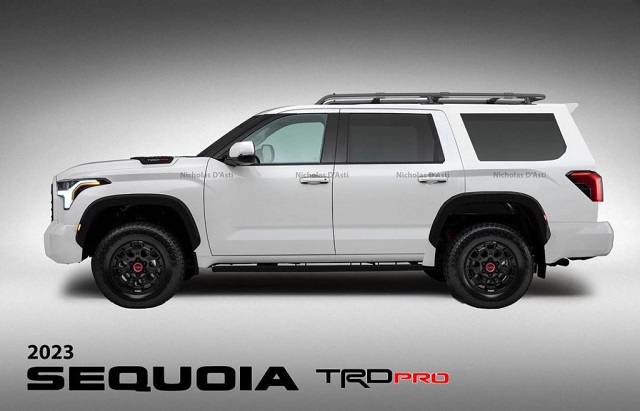 The main powerplant for the full-size SUV is still a V8. That is the most likely option for most rivals. But, downsizing an eight-cylinder mill is a popular topic among all carmakers. Ford Expedition is a great example of keeping the high performance with a V6 unit. Toyota wants to do the same. A 3.5-liter twin-turbo engine can produce 390 horsepower for the new Tundra truck, and we expect it as the powerplant for 2023 Toyota Sequoia, Land Cruiser, and Lexus LX. The drivetrain delivers 10 more horsepower than the V8. It also adds 480 lb-ft, which is a 20 percent boost to the previous edition. Sequoia fans hope to see the same switch.

That is not all. The same configuration can feature a hybrid support, making the entire system more powerful. Electric motors boost the outputs to 437 hp and 585 lb-ft. A ten-speed automatic transmission is standard for both setups. Rear-wheel drive is a default system, while you can upgrade the ride to the 4WD. With such changes, we can expect the enhance of the towing capacity. A V8 can do only 7,400 pounds, which is below the class average. For example, the above-mentioned Ford Expedition can tow up to 9,300 pounds. Of course, fans will get a better mileage as well, especially with the hybrid configuration. 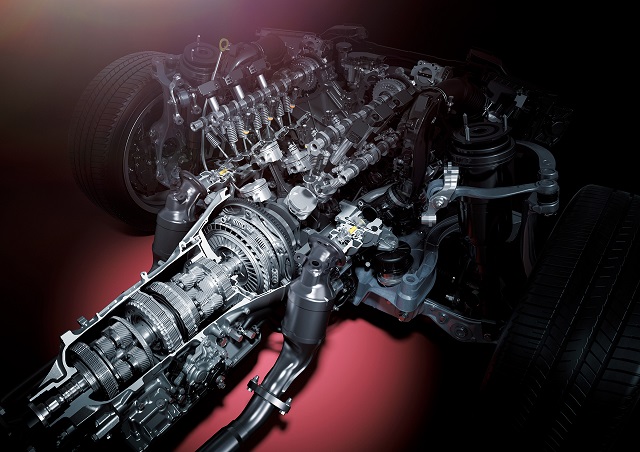 A few things already make the SUV pretty attractive. First, the company included Apple CarPlay and Android Auto. Then, the TRD Pro package was added to the lineup. This is the fourth model with the high-end off-road bundle. Skid plates, all-terrain tires, increased ground clearance, towing package, and many other features will make the look distinctive and performance more impressive.

But, the 2023 Toyota Sequoia redesign will bring the new generation of the vehicle. The styling is very old. The SUV was losing battle against main rivals, and the Japanese company finally decided to update the look of the Sequoia. Expect the same with other big rigs. Anyway, spy photos are not available yet to unveil the first details. We can look at the refreshed Rav4 and Highlander, but the full-size model requires a bolder and more aggressive appearance for the eye-catching effect.

The interior also needs a new layout. The 2023 Sequoia will remain a three-row SUV with eight seating spots. Premium options include captain’s chairs in the middle row, which reduces capacity to seven, but adds more space for passengers in back rows. The safety and infotainment are going to be updated. More driver aid features will be available, both at standard and optional packages. After Apple CarPlay and Android Auto, we should see Amazon Alexa, and other services. 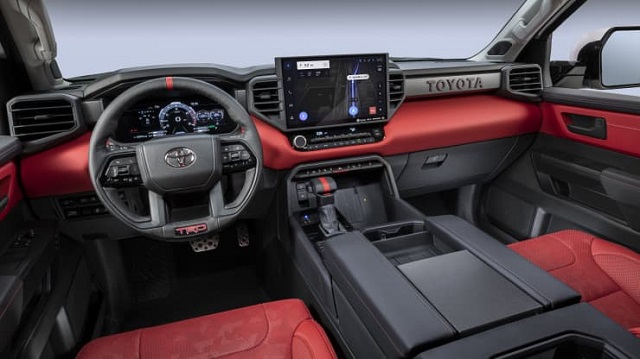 The most impressive model in the lineup is the TRD Pro. This off-road oriented package brings features you can’t find elsewhere. Definitely, suspension setup is under the spotlight. But, there are other upgrades that makes the TRD Pro lineup the best models for off roading. Soon, Toyota will update the bundle.

The next-gen 2023 Toyota Sequoia is coming with a lot of updates. The new SUV requires special attention, and the Japanese company carefully plans the release plans. Test mules are still not out and we don’t have too many details about the upcoming Sequoia. Speculations about the new engine should be confirmed soon. The price of the SUV will jump a bit after the redesign. You can expect the price tag around $55,000, which can climb to $75,000 for the high-end versions and packages.