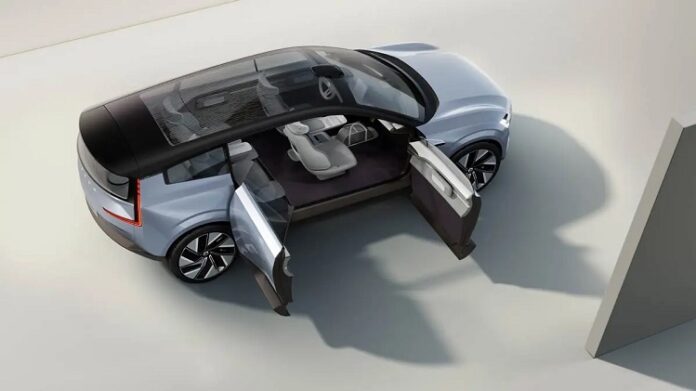 We knew something is going on in the Swedish car company. Experts predicted the new nameplate called XC100, which also might be an EV. Well, they were not too wrong. The new 2023 Volvo XC90 electric SUV is coming out next year and you might find it at dealerships under the name Embla. We can’t wait to see Volvo going this big. The first electric SUV is the subcompact XC40 Recharge. The company promised complete electrification of their vehicles by 2030. However, Volvo is not the only carmaker making such a statement. But, if anyone made a progress, that is the Swedish manufacturer.

Besides the XC40 Recharge, Volvo takes responsibility for the Polestar electric vehicles. But, the 2023 Volvo XC90 Electric is going to be the biggest project yet. There are no too many mid-size SUVs with a battery as the only source of power. There are hybrids and plug-in hybrids, and the XC90 is already a member of this world. But, the EV is a totally new market, especially if Volvo wants to go there with a seven-seater. 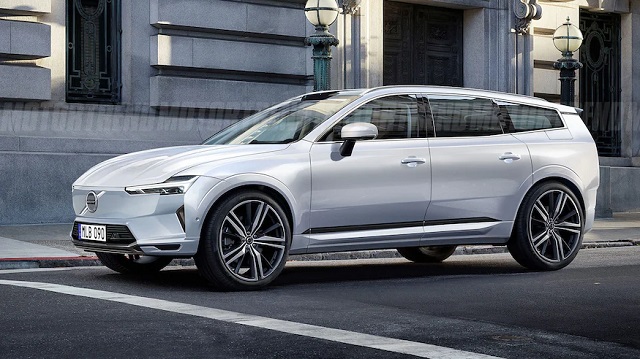 What We Know So Far about “Embla”?

Sources from the company told us that the Embla nameplate was mentioned in some documents. Bosses liked it, but Volvo is yet to file for the trademark. It is taken from the Nordic mythology and we can compare Embla and Askr myth to the well-known story of Adam and Eve. This SUV is going to be a “mother” of all upcoming electric models based on the same concept.

Furthermore, the carmaker is upgrading the architecture used for the XC40 Recharge EV. The 2023 Volvo XC90 electric is a larger SUV, with wagon lines. The new platform is coming with an extended wheelbase. It leaves more room for larger batteries, leading to better performances and long ranges. Experts believe that engineers will mount an electric motor on each axle. All-wheel drive will be standard. 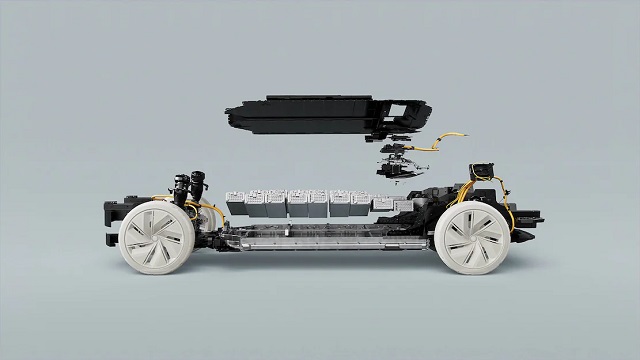 The first thing you can notice on the concept vehicle is that the 2023 Volvo XC90 Electric is bringing a wagon style. Of course, this is the largest SUV in the family, and the biggest EV the company is going to produce. The new platform requires different solutions, and designers will try to draw more attention with the wagon body style. Some classic cues will be there though, such as Thor’s headlights and vertical taillights.

Inside, the focus is on safety. Not unexpected. Of course, concepts are not always carried over to the production, especially when there is a minimalistic approach. Still, the new camera system will provide an excellent look to drivers. Plus, the Embla concept brings sensors on the steering wheel and warns drivers to keep the focus. Furthermore, the Android-centered infotainment will be an upgraded version of the system we saw on the Polestar 2 EV. The 2023 Volvo XC90 Electric comes with a huge 15-inch touchscreen and head-up display. The company will have to find a way to make Apple CarPlay available for connecting to the multimedia.

Another question is about the interior and the seating layout. We assume that the 2023 Volvo XC90 Electric will be a seven-seater, like its gasoline-powered sibling. However, fans ask about the headroom and cargo space, since the wagon styling makes the roof lower than on the classic SUV. 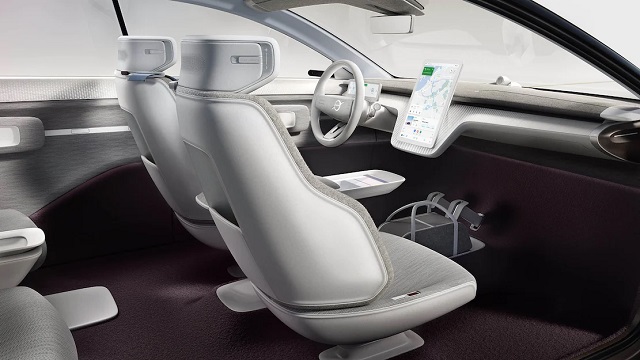 The new 2023 XC90 EV will be built at the South Carolina plant. We assume all the future electric vehicles will also be produced there. So, Volvo might expand the capacity. The Embla concept should be out next year. The production is not starting so soon, but the version that will be close to the one we’ll see at dealerships is coming in 2023. Some sources claim that XC90 Electric is the model for the 2024 season. As a premium vehicle, the price will be pretty expensive. Expect Volvo to slap a similar price tag to the Tesla Model X. Still, to be competitive, the Swedish carmaker needs to improve a lot of things on its platform. Autonomous drive Level 4 might be available for the Embla SUV. That’s a good start. 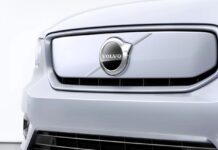