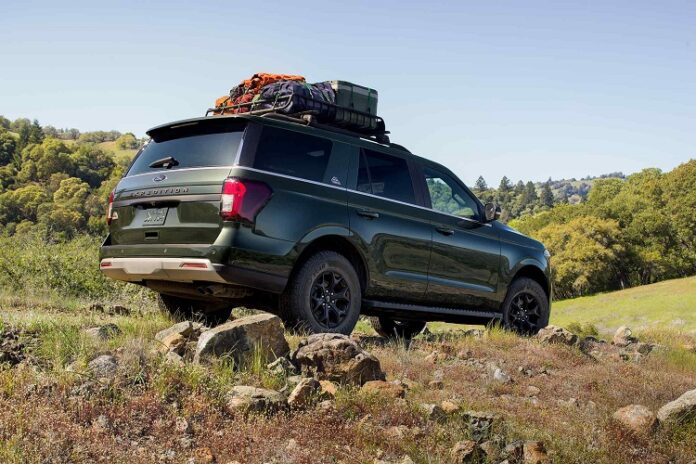 The last edition of the full-size SUV went through a mid-cycle update. The fourth generation of the Expedition is basically new, so all we can get in 2024 are fresh colors. Besides that, the company will also revisit trim levels and maybe add new grades. Also, another engine option is a cool idea. But, the old V6 comes with different numbers than before, so it is also new, in some way. All in all, there won’t be big changes on the 2024 Ford Expedition, but minor things should be there to draw attention.

So, there are a few rumors about notable upgrades on the new SUV. First, a V8 engine might be there. But, we are still waiting for the official statement about the Excursion, a heavy-duty SUV based on the F-250 truck. It is more suitable for the Godzilla unit. Then, the full-size SUV could add another trim level. The last mid-cycle update brought the Timberline grade. 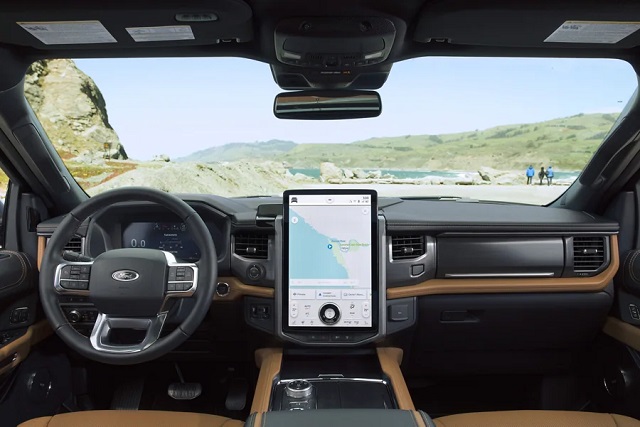 Under the hood of the 2024 Ford Expedition is a 3.5-liter V6 engine. The SUV is not getting a maxed-out edition of the high-performance unit. But, the latest version is very close. Now, this powerplant delivers 440 hp and 480 lb-ft, while there are a few vehicles available with 450 hp and 510 pound-feet of torque. The Expedition used to be the SUV capable of towing the most pounds, with 9,300 lbs. But now, that is the Jeep Wagoneer. Still, this is more than enough for an SUV. If you need more, then it’s better to look for a truck.

The return of the 2024 Ford Expedition diesel is not likely. The company is electrifying the entire lineup, and the Powerstroke 3.0-liter mill is also dropped from the F-150 lineup. Too bad, since fans started loving it. An oil burner was more efficient with up to 30 mpg of fuel economy on the open road. But, the maintenance cost and gas emissions are the reasons why Ford is not building SUVs and trucks with this engine.

Instead of a diesel, we will see an alternative in the hybrid configuration. Well, it might happen already on the 2024 Ford Expedition, since there are spy photos of the vehicle with a heavy camo. The SUV was updated recently, so it was a surprise to see test mules out so soon. Ford doesn’t want to wait for too long. Also, the company launched Explorer hybrid SUV, as well as the premium Lincoln Aviator. Only the full-size segment doesn’t feature such systems. Yet… 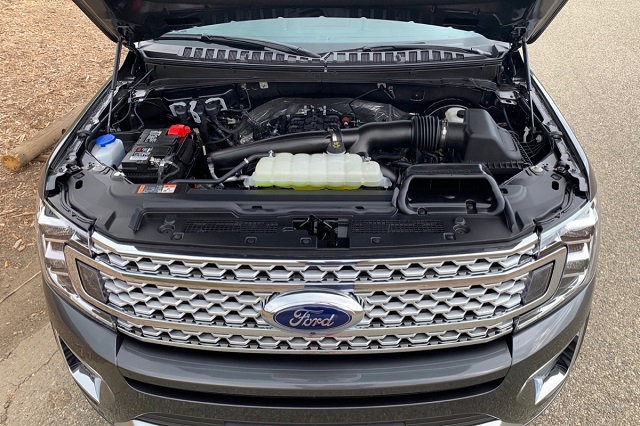 The new SUV will carry over most of the options from its predecessor. The first model we are paying attention to is the 2024 Ford Expedition Timberline. This is the new nameplate in the lineup. Some compare it to the Raptor package. It is an off-road bundle and the Expedition offers far more driving fun in extreme conditions. But, it is not the Raptor. Also, some ask if the SUV is going to follow the footsteps of the truck with the high-performance V8 engine. We doubt it. Ford will rather enhance the premium Lincoln Navigator SUV to compete with Cadillac Escalade V-Series.

Besides Timberline, there are a few other options – XL, XLT, Limited, King Ranch and Platinum. Plus, you can always pick a long-wheelbase version, the 2024 Ford Expedition Max. This one increases the maximum cargo space to 121 cu.ft. when all the seats are folded. However, you can’t get less than 34 cubic feet. The standard model is not so generous, but 105 cu.ft. will be more than enough for most owners.

There are plenty of options available to build a perfect SUV. The entry-level XL package is priced just under $55,000 and the Expedition Max is $3,000 higher. However, if you pick the XLT ($60k), the long-wheelbase version is a $2,000 upgrade. The Limited grade is a mid-range offer, and some will say that the $70k is more suitable for the premium vehicle.

That is not all, since an off-road specialist, Timberline, costs $73,000. The King Ranch brings even more luxury features, such as a 15.5-inch touchscreen, leather upholstery, 22-speaker audio, and captain’s chairs in the middle row. The Platinum grade tops that with cooled front seats with massage function and the Blue Cruise semi-automatic drive system. But, the price is the major stumbling block for most buyers. For $82,000, you can buy some premium full-size luxury SUV, such as Lexus LX 600. 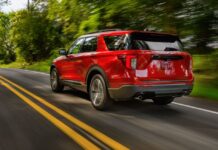