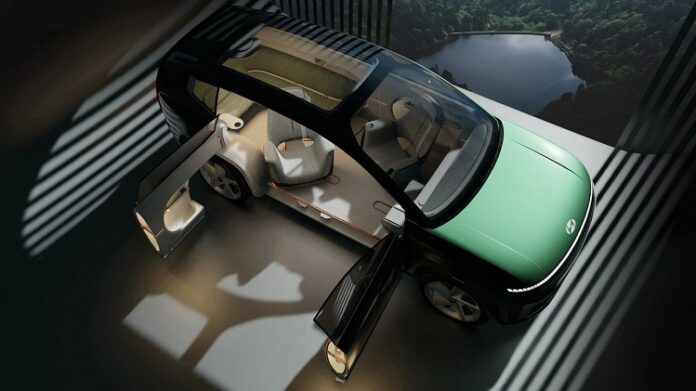 The 2024 Hyundai Ioniq 7 concept looks too futuristic to believe it will happen so soon. Even if it does, its price would be too expensive. The Korean company introduced some advanced technologies and solutions, which are hard to imagine on the production model. Still, everything looks so cool.

The Ioniq Seven is an electric SUV, with dimensions similar to the new Palisade. That means the EV can even be a seven-seater, although concept images are showing only a two-row version with suicide doors. The interior is very luxurious, with chairs in the back.

Well, we can’t write off the 2024 Hyundai Ioniq 7. The SUV is going to use the E-GMP platform. Besides the Ioniq Seven, there will be two more electric SUVs available. Plus, the company already announced EVs for its premium Genesis branch. All in all, Hyundai is ready to compete in the electric automotive world. Kona EV is showing us the company can be a very serious player in this segment. 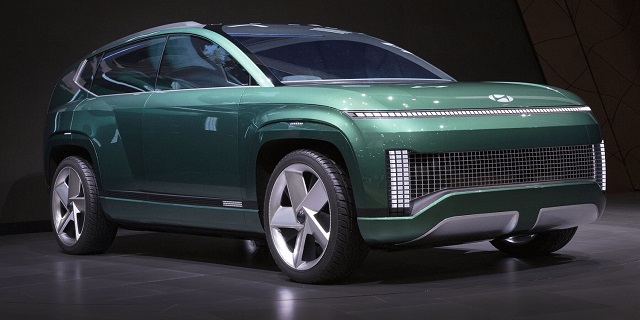 The most important thing about the electric vehicle is its range. It is early to announce the precise output, but according to plans, the 2024 Hyundai Ioniq Seven should be able to go 300 miles between recharges. The company also wants to speed up the charging time. For example, it might happen that fast chargers can restore battery life from 10 to 80 percent in just 20 minutes. Of course, home outlets can’t do that so quickly. Also, there are no indications of what kind of power the Ioniq 7 could produce. Since the vehicle is pretty big and makes 300 miles of range, some big batteries will provide an excellent acceleration as well, and for that, the SUV is going to need a lot of power and torque. Expect its 0-60 mph time around 4 seconds. 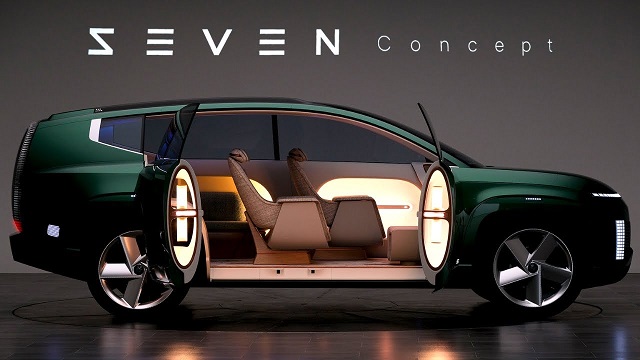 The design of the 2024 Hyundai Ioniq 7 is pretty futuristic. It wouldn’t be the first time to see something so futuristic not happening. Well, the Korean company didn’t disappoint their fans yet. The size of the exterior is similar to the Palisade, the largest SUV in the lineup. That promises a lot of space inside. But, let’s stick to the outlook. Unique lighting groups draw attention at first sight. Wheels change shape when rolling, and glass panels are on the roof. All of those are just ideas, which seem very cool. Still, this is a concept, and the 2024 Ioniq Seven will go through a lot of tests before such an exterior enters production.

As said, the big exterior size means a lot of space inside. But, the first prototype showed something that definitely won’t turn into reality. The chairs in the second row and suicide doors are not functional. To be competitive, the 2024 Hyundai Ioniq 7 must be practical, and those parts of the concept are just for drawing attention. Well, the big screen will be there for sure, in some variant. It is early to talk about the final product, but we believe that Hyundai is going to deliver something special with the Ioniq 7. Being an EV means there is more space for cargo under the front hood. This area is popularly called “frunk” (front-trunk). 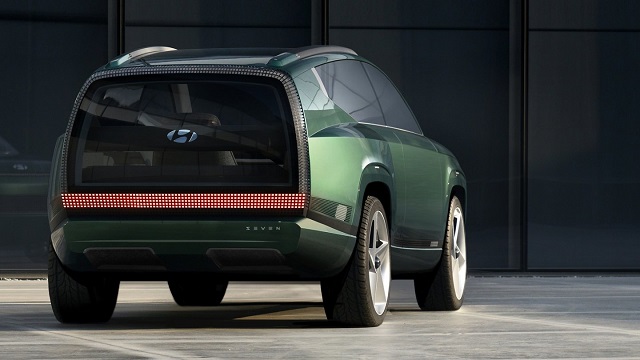 Experts believe the company wants to make the 2024 Hyundai Ioniq Seven competitive and expect the base price to start around $50,000. On the other hand, the carmaker only introduced the electric SUV, without unveiling further details. Upper trim levels will add more features, approximately $10k in value. Plus, Hyundai might develop a high-performance edition, although 300 miles from a big rig promise nice outputs.

It is a reason why the Ioniq 7 comes with a higher price tag than Ford Mach E or Toyota bZ4X. But, for $50,000, you are definitely not getting a high-luxury option such as rotating chairs in the second row. Suicide doors could be there but as an optional upgrade. There are no too many vehicles nowadays using such a styling solution.

When Will 2024 Hyundai Ioniq 7 Be Available?

The first concept is out, but the carmaker will continue the work on the 2024 Hyundai Ioniq 7. The prototype is far from the final product. The production might start somewhere next year, but the current focus is on the Genesis GV electric lineup. Still, Hyundai needs a representative in the standard lineup as well. 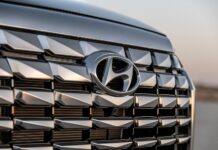 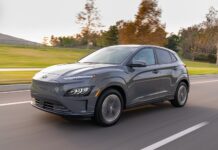 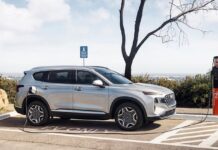