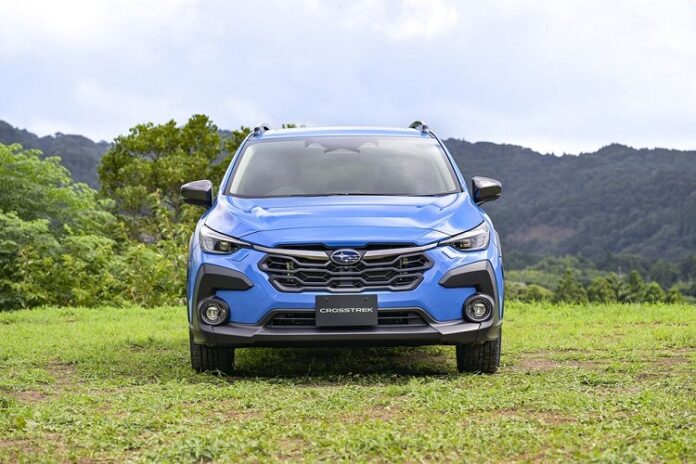 The 2024 Subaru Crosstrek is introducing the third generation of compact crossover. It is based on the Impreza but comes with better off-road capabilities. The next-gen crossover is going to be redesigned, outside and inside. Plus, we can hear rumors about new engine options. All in all, it will be exciting to see the Crosstrek competing in the compact segment, providing an excellent alternative to the most popular vehicles in this class.

The 2024 YM will be built on the same concept as its predecessor. However, Subaru is bringing plenty of novelties for the third-gen edition. We can’t wait to see all the details. The company joined forces with another Japanese automotive giant – Toyota. In the future, we will see the partnership resulting in new projects. More precisely – Toyota is going to share its technology that will lead to the electric Subaru vehicles. The Solterra concept is just the first idea. In the foreseeable future, the Crosstrek will become an EV as well. 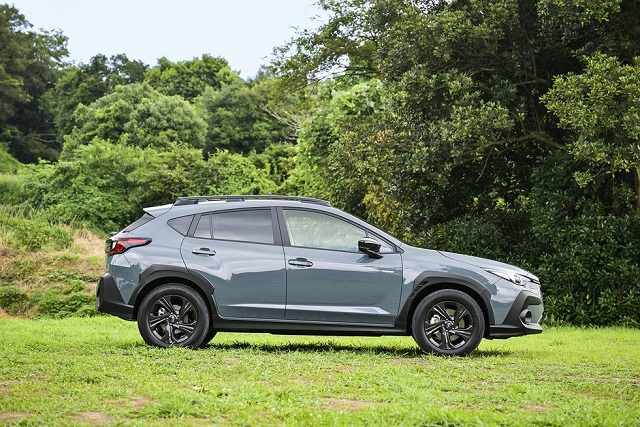 According to reports, the base version in Japan is getting a hybrid setup. The main source of power is a 2.0-liter Boxer engine. A flat-four mill is called an e-Boxer. While it is available in the homeland for a while, we expect this configuration to hit US dealerships in 2024. Without electric support, the 2.0-liter mill can deliver 152 horsepower. Well, there were two alternatives for the compact crossover. A larger 2.5-liter unit could do 182 horsepower and 175 lb-ft for a crispier acceleration. Automatic transmission, and of course, AWD are standard.

A plug-in hybrid is another option. It combines a 2.0-liter mill with the PHEV system to make 148 hp. Subaru sacrifices power to gain extra mileage. For now, Crosstrek can do 35 mpg. After upgrades, the next-gen 2024 YM should be closer to 40 mpg and class leaders. And the crossover does that with famous all-wheel drive. PHEV model can also go by using electric power only. Fans also expect a boost in the range, which is currently limited to 17 miles. It might be increased by several times if the Crosstrek becomes EV. 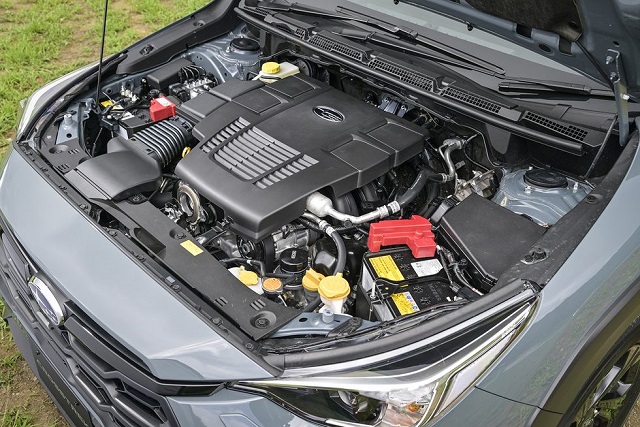 The new 2024 Subaru Crosstrek will be very similar to its predecessor, but yet pretty different. The same platform underpins the vehicle. Nevertheless, plenty of changes in design will lead to the new generation. However, the question is how the EV is going to fit the current architecture. So, some experts still believe there could be some radical changes on the platform. Solterra is one of the cool concepts that can serve as the base for the future Crosstrek EV.

But, let’s stick to the existing model. The 2024 Crosstrek will still be a compact crossover. This is the most popular and the class with the best-selling numbers. So, the competition is fierce, and Subaru did a good job by joining forces with a leader in this realm – Toyota. Anyway, there is a long way to go before Subaru catches up with the competition.

What the Crosstrek offers is a unique design, that is outside the box of generic models. Well, the company sacrifices some things, but the eye-catching appearance and better driving impressions are what their crossover is going to offer. For now, details are unknown, but the vehicle could be slightly larger.

The company will carry over names of trim levels, but options will be upgraded. Base, Premium, Sport and Limited are definitely coming back. A hybrid engine might get more grades. The 2024 Subaru Crosstrek Wilderness is the upgrade all the fans want to see. Also, the turbocharged engine, but its price cools down a wish of getting one.

The base unit is already loaded with plenty of advanced options. The new one will take the offer to the next level. For example, the X-Drive system should become standard, as well as fog lights, Starlink services, or blind-spot monitors. Of course, for the premium accessories, you need to pay extra. Limited package delivers the top of the line features, such as ventilated seats wrapped in leather, steering wheel heating, or Harman Kardon audio. 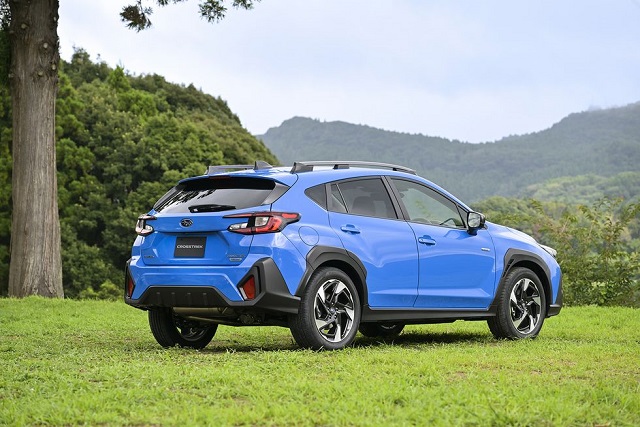 The new off-road package for the Forester drew a lot of attention. So, enthusiasts now expect the expansion of the lineup with the Wilderness package. The Crosstrek might be the first next model to get it, to make the next-gen model even more interesting.

So, the 2024 Subaru Crosstrek Wilderness will be capable to get you anywhere. All-wheel drive is already standard. From other upgrades, the crossover is probably getting the lifting kit, skid plates, and special tires for ultimate challenges.

When Will 2024 Subaru Crosstrek be Launched?

According to sources, the new vehicle is in the advanced stages of development. So, the premiere is set for the second half of 2023. The base version will gain some value and start probably around $26,000. The hybrid version should be cheaper. Technology is evolving, and the price of components is dropping. Estimations are that the 2024 Crosstrek Hybrid won’t be above $35,000. 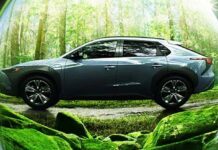