A few years ago, we could make a list of small crossover SUVs under $20,000. Meanwhile, prices went up, so we needed to increase the limit. Still, there are many familiar faces and new models launched recently.

Further price bumps will probably wipe up a couple of models from this list. Also, we can hear rumors that some of the vehicles are about to be discontinued or replaced. Still, even with inflation, you will have to spend just over $25k to get some of those crossover SUVs.

The only crossover available under $20k is going to be the 2024 Hyundai Venue. The company launched this small crossover in 2019 and it draws attention with the price. Still, you can’t expect too much from the first vehicle on this list. It is not even 160 inches long, with a wheelbase shorter than 100 in. A 1.6-liter four-cylinder engine can deliver 120 hp. It takes ages until the Venue accelerates to 60 mph. Still, the base offer includes a few interesting features, which can make it a bargain.

The vehicle is redesigned for the 2023 season and the company is not going to make further upgrades of the base model. It means the price stays put. Nevertheless, the 2024 Kia Soul offers plenty of optional changes, including the all-electric or performance-oriented GT versions. The entry-level package includes an 8-inch infotainment display, a six-speaker sound system, 16-inch wheels, and remote entry. Under the hood is a 2.0-liter four-pot with 147 horsepower.

Kicks replaced one of the most recognizable crossovers in the market, Juke. Nevertheless, the vehicle continued where its predecessor was and it seems like a good move by Nissan. Now, the subcompact crossover costs $20,490 (without fees). Three trim levels are available, and even the high-end SR package is still under $25,000. As a small SUV, there is no too much space inside the cockpit. On the other hand, the gas mileage is among the best in the class. A 1.6-liter engine is under the hood and delivers 122 hp and 114 lb-ft of torque. 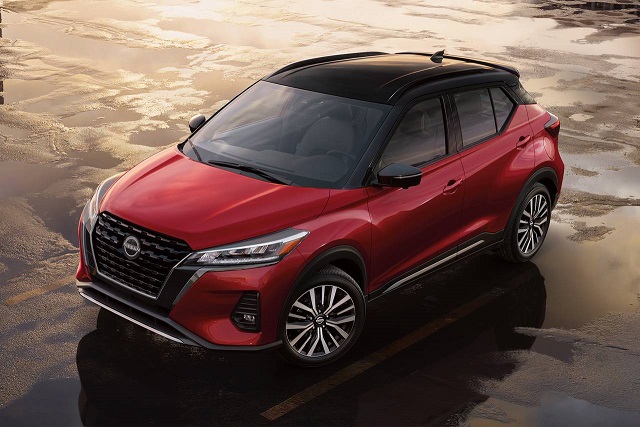 The 2024 Chevy Trax is one of the models under the question mark. The company is considering what to do with the subcompact SUV, especially after the arrival of the Trailblazer. Still, the Trax will be there for a while, and its price is making the bargain. The carmaker updated the powertrain. A 1.4-liter turbo-four mill can produce 155 hp and 177 lb-ft, which is above the class average. The LT is a trim level packed with more options. It still costs under $25,000.

Outlander Sport is one of the oldest names on this list. The first appearance it had in 2003. However, it is not as popular as the Outlander, the compact crossover. But, the price draws attention. The 2024 Mitsubishi Outlander Sport will be powered by a 2.0-liter engine with 148 hp. The GT version comes with a larger displacement and a price that breaks the rules of this review. The Outlander Sport S package offers 16-inch wheels, automatic climate control, automatic headlights, and a 7-inch touchscreen as the center of the infotainment system. The Mitsubishi Eclipse Cross is just above $25,000 if you want to spend a bit more.

The electric version is more popular, but the crossover with an internal combustion engine is way more affordable. The MSRP of the 2024 Hyundai Kona could exceed $22k, but that is still better than $35,000 you need to pay for the Kona EV. Plus, Hyundai offers a better warranty than most other companies. The interior is tight, even having in mind we are talking about the subcompact SUV. The engine performance is disappointing. A 2.0-liter unit should be working better. The company also launched an all-new compact Tucson, which is still under $26k. Also, you can buy the Santa Cruz truck for $24,440. 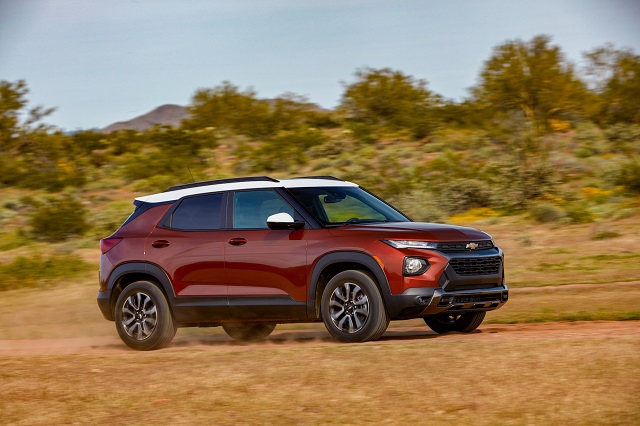 News feeds are flooded with headlines about GM novelties. Besides the ton of upcoming models, the company already delivered a lot of new vehicles in the past few years. The comeback of the Trailblazer crossover was a hit. The vehicle took the position in the subcompact segment, above Trax, and under the bigger Equinox. The price tag of $22,100 is a bit surprising for a bow-tie vehicle. A 1.2-liter turbo-four engine is the main choice and some trim levels also offer a 1.3-liter mill. The LS is the base package. The LT packs more features and still keeps the price under $25,000.

Mazda is becoming a serious player in the US automotive market. The 2024 Mazda CX-30 starts the evolution. The crossover replaced the CX-3, and soon we are going to see the CX-50 as well. Although the company is not making statements, that could mean that CX-5 is going to be discontinued. The CX-30 is the most powerful small SUV until this point. The base version, priced under $25k, is using a 186-hp rater 2.5-l engine. The SkyActiv technology makes it very efficient and fuel-friendly. However, high-end models are into the premium waters.

Toyota enters the crossover market with the new vehicle. The car-based Corolla Cross costs from $22,445 and it is positioned above the C-HR. But, its price is lower than the entry-level version. Toyota realized that more companies are adding vehicles between subcompact and compact classes, and the 2024 Corolla Cross takes this position in the Japanese carmaker’s lineup. Some of the rivals are Chevy Trailblazer, Nissan Rogue Sport, and Mitsubishi Outlander Sport. A four-cylinder engine delivers 169 horsepower. 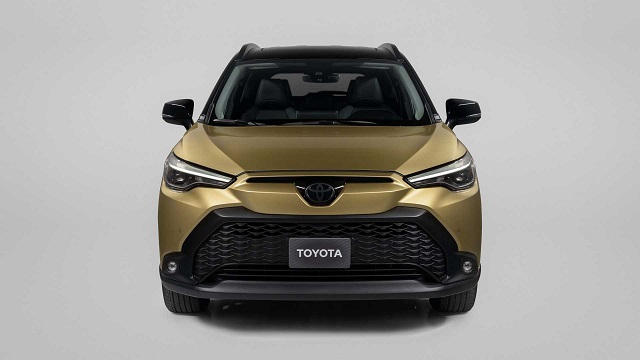 The new crossover in the Kia squad is using a 1.6-liter engine with 146 hp. A CVT is sending power to all wheels. The AWD is not available for many subcompact SUVs, and it comes standard on the 2024 Kia Seltos. A massive boost in interest is gained by this move. Plus, Kia’s warranty is already one of the biggest reasons why buyers pick their products. Seltos is also packed with a lot of nice equipment. Having all this in mind, we can expect a price increase in the foreseeable future, since buying this vehicle for under $23,000 is not a bargain, it’s a steal!

Crosstrek is the first Subaru hybrid model. Still, this configuration costs way over $25,000. The base version starts at $23,645 and it is another small SUV with all-wheel drive. The 2024 Subaru Crosstrek also comes with a ground clearance of 8.7 inches, which is excellent for some off-road drive. Wilderness edition is a preferred package if you want to maximize the experience. But, again, it puts the crossover outside the “under $25,000” list. A 2.0-liter engine delivers 152 hp. Besides the hybrid, Crosstrek is available with a 2.5-l mill that enhances outputs and performance. If you need a larger vehicle, Subaru Forester would be here if the price limit is $26,000.

The 2024 Honda HR-V is the iconic crossover. Soon, it could be renamed to the ZR-V. The current version dates from 2021 and the 2024 YM is not bringing any big changes. A small price update is possible, which is going to push the MSRP closer to the $24k tag. LX, Sport and EX-L are available to trim levels, and all of them are using a 2.0-liter four-cylinder engine. It is not an impressive powerplant and fans mostly complain about the acceleration. The LX trim is the base version. The package includes 17-inch wheels, a push-button start, and a 7-inch touchscreen. All other options are really basic. 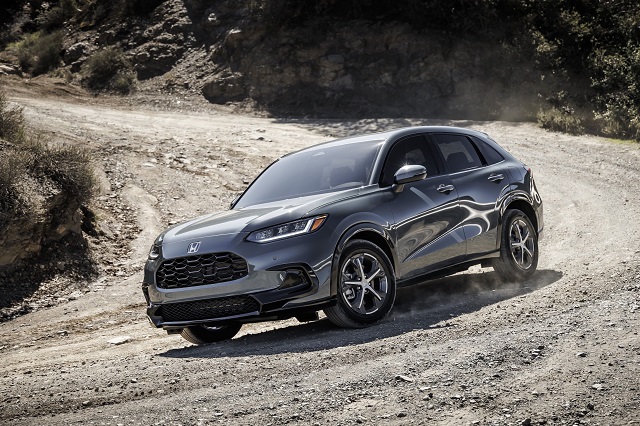 The base price of the next few models is above $24,000, which means that small changes and MSRP updates could exclude them from this list. We don’t expect that from the 2024 VW Taos. The smallest crossover in the Volkswagen family debuted in the US and it seems the future is bright. We got used to the premium German SUVs with a high price. But, the 2024 VW Taos is a refreshment. A reliable 2.0-liter engine is under the hood, the crossover surprised owners with its cargo space, and optional features are very impressive. Still, Taos is not going to offer the top of the line R package.

The smallest crossover in Toyota’s family cost more than the Corolla Cross. Well, the base package is not LE, but XLE, and for comparison, the new small SUV in this form is priced $28k. But, let’s go back to the 2024 Toyota C-HR. The styling of the crossover is eye-catching. Of course, it carries the company’s trademark handling. As the subcompact model, the C-HR also returns excellent gas mileage. Unfortunately, an all-wheel drive is not an option. Also, the limited cargo area is the price you pay for the attractive look.

The 2024 Kia Niro Hybrid is the entry-level model in the lineup that also offers the PHEV and EV versions. Also, this is the only hybrid crossover you can buy for $25,000. A 1.6-liter four-cylinder engine is paired with an electric battery to enhance fuel economy. The crossover is also the only model here that can return more than 50 mpg. However, besides the gas mileage, everything else about the drivetrain is unimpressive. The acceleration is sluggish and AWD is not an option. There are several trim levels available that can increase the MSRP by $10,000. 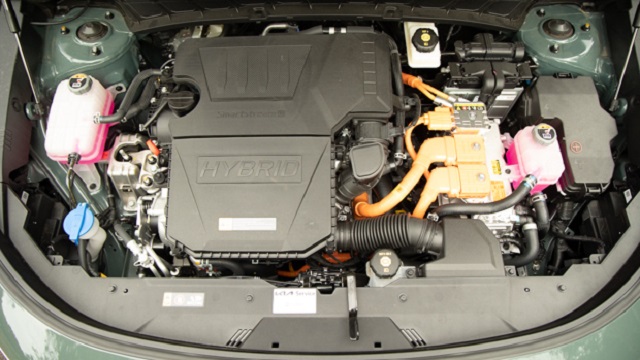 The 2024 Jeep Renegade costs under $25,000, but we can’t call it a good buy. Optional features make it even more expensive. Plus, the gas mileage in the city is 24 mpg, which is not something we want from a subcompact crossover. Rumors about the Jeep Baby SUV as the Renegade’s replacement are louder. Big changes are needed to make the company competitive in this class, and the new vehicle is definitely a very good option.

Rogue Sport was the first crossover between subcompact and compact classes. This is now the new segment of the automotive industry and we see other companies following Nissan’s footsteps. The vehicle is 173 inches long, 10 inches shorter than the Rogue. It offers more cargo space than the Kicks, and the safety package is the highlight of the base offer. Still, the performance could be better. The 2024 Nissan Rogue Sport is a good option for a city drive. We don’t recommend it for longer trips.