Future SUVs
Home Discontinued SUVs We Might See in the Future

These wishes actually come true. Just take a look at new models in the past few years – Honda brought back Passport and Chevrolet is making the Blazer again. The latest novelty for the US market is the Toyota Venza. So, it is obvious that carmakers love to bring back old discontinued SUVs, rather than to build up a new one from scraps.

But, that is not all, since the best is yet to come. Ford Bronco is one of the comebacks that have been expected for a long time. There is no vehicle that can beat the level of attention drawn by this model. Jeep is adding a full-size SUV. Guess what – the FCA will use the old name for it, Grand Wagoneer. Even the GM is bringing back Hummer. But, it will be an electric vehicle. And truck, not an SUV.

Having all this in mind, we went through popular SUVs that have been discontinued. Here are the models that can come back in the future. 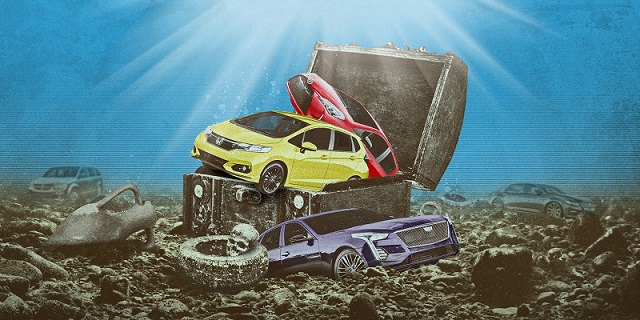 At the top of the list, we put the 2021 Honda Element. Reasons for the discontinuation of the vehicle ten years ago are tiny. Ever since fans of the compact SUV are asking about the comeback. The boxy look, spacious interior and reliable engines were drawing buyers. Also, the Element won a few awards as the pet-friendly concept.

Where the 2021 Honda Element can fit in the lineup? The Japanese company stacked the squad with different types of crossovers and SUVs. The Element might squeeze between CR-V and HR-V. However, its boxy look and huge interior will be something totally different and new. Also, some sources claim the 2021 Honda Element might be an all-electric model, while the hybrid drivetrain is not in a doubt.

We believe this is one of the favorites from this list to arrive first. The Japanese company already launched the Terra SUV in China, which sparked the hope of the 2021 Nissan Xterra comeback. Fans can see it coming next season and the SUV is making radical changes. The Xterra was discontinued because of the efficiency. It was a small, truck-based SUV, a kind of vehicle we cannot see nowadays. Sportier models overtook the segment thanks to versatility and efficiency.

The new 2021 Nissan Xterra will be based on the Terra concept, which is again a sibling of Pathfinder. The Japanese company can launch the Xterra as a replacement for the mid-size SUV, whose sales are decreasing. It would refresh the offer in one of the hottest markets in the automotive segment at this moment. Just for comparison – the old compact Xterra used a huge 4.0-liter engine, while the new Terra, which is 15 inches longer, is getting power from a 2.5-liter four-cylinder unit. 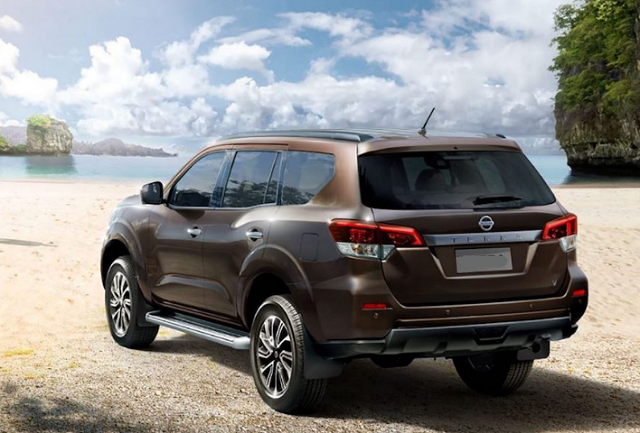 The only reason why the 2021 Jeep Liberty would be back is to replace the Cherokee crossover. These two nameplates were switching generations. In the first two runs, the compact crossover was called Cherokee. Then, between 2001 and 2014, a couple of series of the vehicle was in sales as Liberty. The latest, fifth-gen model is again using the Cherokee badge. It is getting old, the new generation is coming, and we are wondering if the 2021 Jeep Liberty could be back in the future.

It will make the compact discontinued SUVs more recognizable. Grand Cherokee is  very popular. So, when saying its name, many can think about the mid-size model. Nevertheless, the 2021 Jeep Liberty should also bring the redesign after seven years. In the compact segment, changes are happening more often, and such a run between two generations is too long.

The success of the CX-5 crossover made Mazda making more crossovers, and especially discontinued SUVs. The CX-9 is a mid-size model, which is as long as some full-size SUVs. So, it leaves a gap between two flagship vehicles for the 2021 Mazda CX-7. The upcoming model could be based on the CX-8, the SUV available only in Japan. Still, Mazda has to develop a vehicle that can stun the market. Nevertheless, it is not easy to do, since the CX-7 will probably be a mid-size two-row model.

We assume that the Japanese company will go after a hybrid or all-electric source of power for the 2021 Mazda CX-7. The CX-30 and CX-50 are EVs and experts are already waiting for the next move and the electrification of the largest SUV in the lineup. Well, petrol displacements will be also there. A 2.5-liter SkyActiv configuration will be tuned to deliver 230 horsepower, or 250 hp if you use premium fuel.

Is it time for the largest SUV ever to come back? It seems like. The 2021 Ford Excursion would be based on the new generation of the Super Duty trucks. The huge SUV will be even bigger than the Expedition Max. Ford developed a new drivetrain, that can perfectly suit the 2021 Excursion. A 7.3-liter V8 is good for 430 hp and 475 lb-ft and it is way more efficient than the previous unit the truck-based discontinued SUVs used.

There are more and more such utility vehicles in the market. Every segment is growing, but there are no models larger than Expedition, Chevy Suburban, Nissan Armada… The 2021 Ford Excursion will be the biggest one and take the position as the first heavy-duty SUV. A diesel engine is also an option. We doubt the company will go with a large V8 Powerstroke. The Excursion will get enough power from a new 3.0-liter six-cylinder turbodiesel.

Toyota is already well-known for its off-road packages that make its SUVs and trucks very popular. 4Runner can compete with Jeep Wrangler and the upcoming Ford Bronco. But, the Japanese carmaker doesn’t have a rival for two-row versions of US vehicles. The 2021 Toyota FJ Cruiser comeback is about the change in the situation in the market. It comes silently because all eyes are on the 2-door Baby Bronco.

The FJ Cruiser was discontinued in 2013, but it stayed available in some markets. Fans in the US miss the old-school look and mean styling. Toyota could put it on the ladder frame and bring back to North America. Nevertheless, it is very unlikely, since its successor, 4Runner is achieving good sales results. Still, the comeback of the 2021 Toyota FJ Cruiser would draw old buyers, and current users will know what they are getting once the SUV is being renamed. 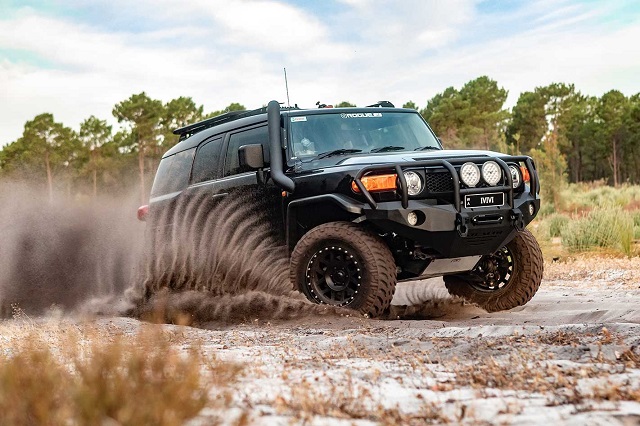 General Motors launched Blazer SUV and the Trailblazer crossover is also on the way, both with the bow-tie badge on the front grille. Further expansion of the lineup will add a couple of models to the GMC squad. There are only three vehicles in the crossover/SUV fleet, so there is enough room for upgrades. The 2021 GMC Jimmy will be a mid-size model based on the new Blazer. Like we already got used to it – these will be GM twins. Mechanically. Styling is going to be different and fans are looking forward to seeing the 2021 GMC Jimmy Denali version.

So, a 3.6-liter V6 engine with 308 hp is certain and a nine-speed auto gearbox is routing power to front wheels. All-wheel drive will be optional, as well as the 2.0-liter turbo engine. The styling is going to be modern, with details that remind us of old Jimmy. Back in its days, there were no smartphones. Anyway, GMC was the first to bring the touchscreen display in 1987. Drivers complained it drew attention from the road, so the carmaker cut it.

The SUV is not coming as the all-new model. There is no room in Jeep’s lineup for such a debut. There are already two compact crossovers, and the subcompact Renegade is getting a company with the Mini Jeep being already tested. Larger classes are also covered with some of the most popular vehicles in the market – Jeep Grand Cherokee and Wrangler. The full-size tier is not the segment where we see the new 2021 Jeep Patriot, and it is booked by the Wagoneer/Grand Wagoneer already.

DEEP ANALYSYS: Things You Might Want to Know About the Jeep Patriot – Why It Was Discontinued and Why It Is Not Coming Back?

Dodge is owned by the FCA. Still, the badge is not popular as it was used to be. Currently, there are no too many vehicles in the market by Dodge. One of them is the mid-size SUV, Durango, which is entering the new generation. On the other hand, Journey is ending its journey soon and it will be on our next discontinued SUVs list. The 2021 Dodge Ramcharger could refresh the offer with a body-on-frame architecture and improved off-road skills. Nevertheless, a lot of things will depend on the FCA and the new Durango.

The Ramcharger was in production for nearly 30 years. The new millennium required big changes, while the Dodge was in freefall, and fans never saw the SUV again after 2001. Not only the Ramcharger but also other two-door SUVs were losing the battle against more versatile and convenient models. A few years before it, Ford cut the Bronco, and Jeep ended the production of Grand Wagoneer. Now, these two are coming back. So, why we wouldn’t see the 2021 Dodge Ramcharger as well? 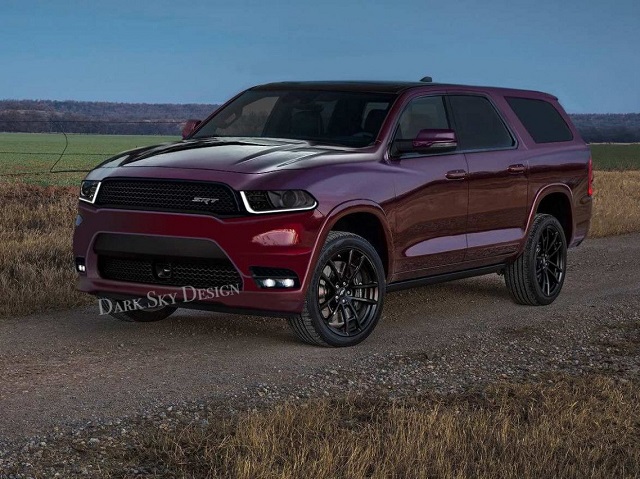 Outlander made a huge hit with the PHEV system. It drew attention to the Japanese carmaker, and now everyone is expecting from the manufacturer to expand its offer in the US market. Trucks are a big wish, as well as the 2021 Mitsubishi Montero. The nameplate brings back memories to the versatile and durable SUV. It is hard to see it in other markets and not being available in North America.

You can recognize the SUV with the Pajero badge as well. Either way, Mitsubishi will have reasons to use the nameplate again and bring a reliable SUV. Still, the 2021 Montero is not confirmed yet, and the vehicle will enter the new generation worldwide.

After Passport, the 2021 Honda Crosstour is the next comeback of the discontinued SUVs we expect from the Japanese company. The mid-size SUV arrived without big announcements and surprised everyone. Now, we won’t let the Honda stun us again. The 2021 Crosstour is possible as the new model that will be something between SUV and wagon. We can see a few similar vehicles in the market, and the most popular is Subaru Crosstrek. Now, it might face the toughest competition.

Slow sales were the main reason for the discontinuation. Still, the comeback is now open, since the SUV classes were never so popular and there is always room for expansion of the lineup with various modifications. 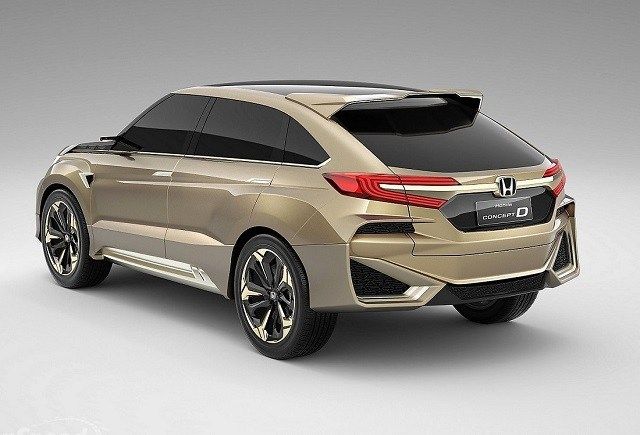 Isuzu is starting a new chapter. Its most popular vehicle is the D-Max truck. Truckers in the US are still keen on seeing it coming across the ocean. The Japanese company built an SUV based on the pickup. The MU-X is pretty popular in Asia. However, it won’t appear in the US. But, the comeback of the 2021 Isuzu Ascender is possible.

Isuzu made a partnership with Mazda, the company that had cooperation with Ford for last 30 years. Forces are joint and two carmakers have big plans. The comeback of the Ascender, based on the MU-X is one of the hottest topics. But, Isuzu was out of the game for too long, and the company will need time to adapt to the new circumstances, especially efficiency and emission requirements.

Like said, there is room for expansion in the GMC SUV family with some of the discontinued SUVs. Envoy is one of the popular models, whose fans are asking about the comeback. We don’t have details about it, but the upcoming model could fit between Acadia and Yukon, for sure. Also, General Motors might make it an off-road specialist, or even a rival to the Ford Bronco and Jeep Wrangler. Without spy photos or inside info, it is hard to guess what will 2021 GMC Envoy does in the market. We are looking for more clues that will support theories about the comeback.