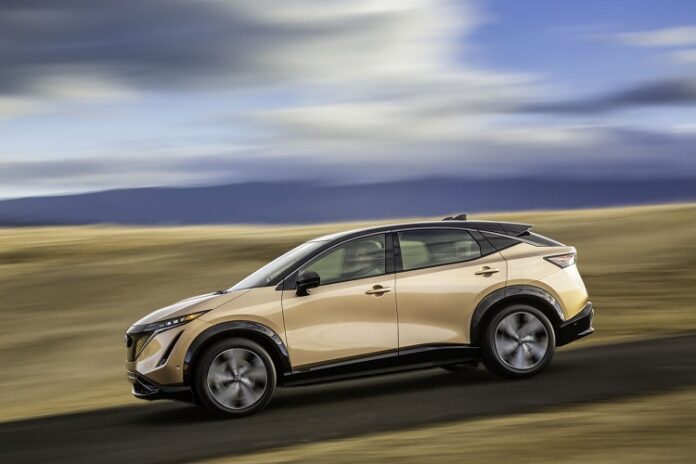 Nissan is not going to waste time. The all-electric concept debuted in 2019 and it drew attention immediately. We knew the company is serious about it and now the 2023 Nissan Ariya is already arriving at dealerships. The official statement is announced, so there are no doubts fans can expect big things from the new EV.

For a long time, the Japanese carmaker was a leader in total sales of electric vehicles. Mostly thanks to LEAF. But, that was when there was no serious competition. Nowadays, more companies are developing electric motors for their vehicles. The 2023 Nissan Ariya is the best response and it shows intentions of taking the #1 spot in sales once again.

The platform we saw in 2019 will underpin upcoming electric vehicles. Ariya is the first production model that will hit showrooms as the 2023 YM. We still don’t have a schedule for the arrival of other EVs. The crossover is going to have a range of 300 miles. Still, the price is a bit higher than experts believed it would be. 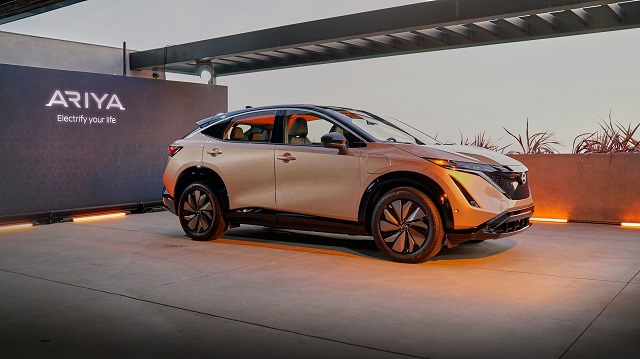 The electric unit that will be used for the new EV is an 87-kWh battery. In the base form, it creates 238 horsepower and 221 pound-feet of torque. The 2023 Nissan Ariya can ride 300 miles without recharging. Front-wheel drive is standard for all setups, except the high-end Platinum version. The Evolve comes with a similar configuration, but the range drops to 287 miles, and Premiere can do 285. The e-4ORCE adds all-wheel drive control with e-4ORCE system that combines dual-motor setup. Outputs jump to 389 hp and 442 lb-ft, while the range loses distance. Fully charged, this package can go 265 miles before recharging. There are no further details about drivetrains. Nissan confirmed credits will be available for recharging systems, but options and times are not available yet. Besides this benefit, buyers can count on federal credit.

Some while ago, bosses mentioned intentions of developing Level 4 autonomous drive. It is still a very advanced technology. But, it gets along with the EV. Don’t be surprised if Level 4 actually happens. Nissan is not the only company working on such a technology. Sooner or later, it will become a reality. 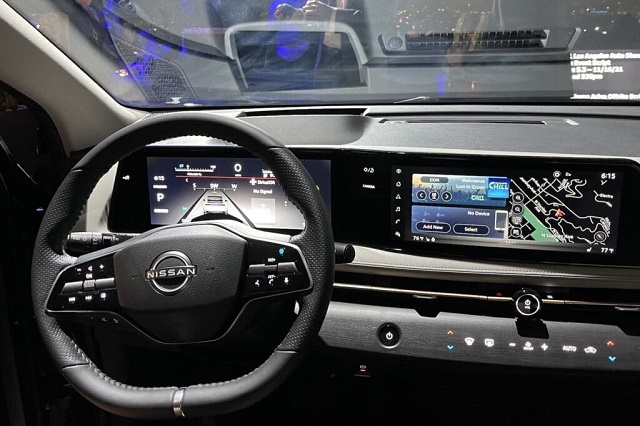 The 2023 Nissan Ariya is going to use a new design language. Designers had a lot of freedom to express themselves, and the result will be a supreme combination of style and hi-tech options. The inspiration is also coming from some classic Japanese art. It’s all about details, such as the horizon line that connects the front and rear end across the side profile. A lot of LED lamps are installed all around the vehicle, indicating different things, from the badge to the parking signal. The vehicle is going to be available in six colors. Fans can use a black roof as the contrast. Ariya is also getting unique paintjobs, you cannot find elsewhere in the lineup.

Like the exterior, the cabin also finds inspiration in different places. Still, the focus is on practicality and safety. However, the interior will try to give passengers an impression of some lounge right from the start. The electric unit is under the seats, but it won’t harm the overall space. For example, there are a few systems moved under the hood, where the engine is for conventional vehicles. Of course, there is no transmission tunnel for the EV. The Zero-Gravity buckets will be installed. The center dash is wooden, and there you will find most controls. Information about the multimedia system is yet to be released. 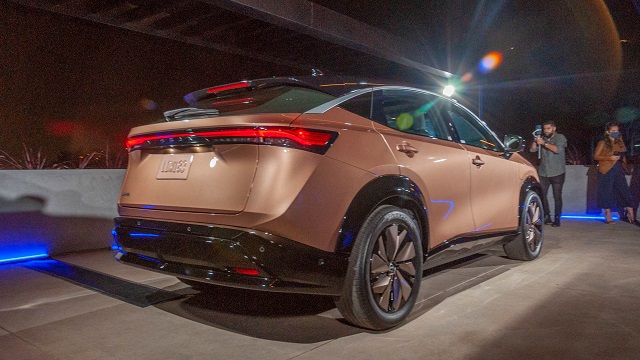 The first vehicles will hit showrooms next season. The first wave of pre-orders started in January. The company offered benefits to the hard-core fans looking to get the first units from production lanes. The base MSRP for the Venture+ model will be just under $46,000. Experts and enthusiasts believed that the 2023 Nissan Ariya could cost less than $40,000. Usually, the first edition is always expensive. Upper trim levels are Evolve, costing $49,000, and Premiere, priced at $53,500. The most expensive option is a $59,000 model called Platinum+ e-4ORCE with an all-wheel drive.

This concept had a great start. We don’t doubt the production version. The first images and info look promising. As said, the price is one of the major concerns. Ford is going to build Mach E and sell it for $40,000. That makes Nissan a bit greedy. However, the comparison between range and other stuff is making it sensible. More carmakers will also be out in the electric crossover market in the foreseeable future, and we expect the most from Toyota and General Motors. Of course, Tesla could be considered as the category for itself. Still, most sights are set to the premiere of the Hummer Electric SUV, which should be out also in 2023.