It is clear that the future of the automotive industry is green. Laws all across the globe are more strict and it is just a matter of time when will zero-emission motors overtake the market. For example, the French government has a proposition to exclude all vehicles with internal combustion engines by 2030. Well, this is a bit optimistic, but by that time, we will see a lot of electric models in the market. As the matter of fact, the evolution has already started, and the first electric SUVs are already here.

Fans of zero-emission units can already find a few models in the subcompact crossover segment. On the other hand, SUVs are more expensive, and we can see it in the example of Tesla Model X and Model Y. For the 2022 and 2023 season, dealerships will offer more electric SUVs, and here is the list of 10 models worth of waiting. 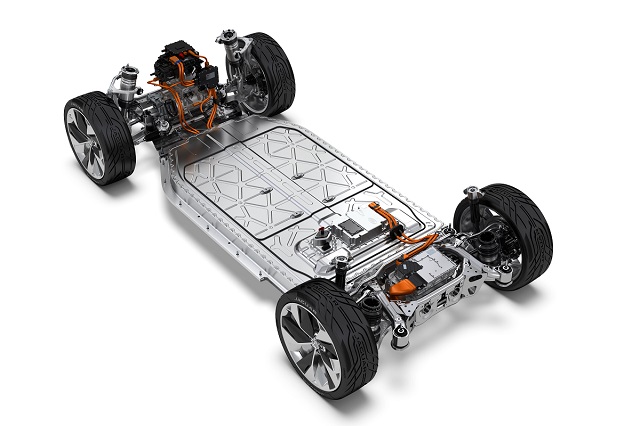 The 2022 Ford Mach E is official. The first all-electric vehicle by the US carmaker is coming with at least three different configurations, including batteries with the range of 230, 250, and 300 miles. Ford unveiled the pricing of the upcoming electric SUV, which will be available at $42,500. Top of the lineup model is the 2022 Ford Mach E GT with 250 miles of range, 3.5 seconds needed for 0-60 mph sprint, and a price tag of at least $60,000. The company is still working on fast chargers. Vehicles will support 115 and 150 kW adapters and times needed for a total recharge are going to be unveiled later.

Rivian is still one of the companies that can be the biggest rival to Tesla. However, the interest is not so high since Ford announced the Mach E SUV. It was believed that the US company is going to invest in 2022 Rivian R1S and take it as its model. No, it is clear nothing of that is about to happen. Instead, Rivian is looking for more partners to help them launch the R1S into production.

The base version is going to be available with a 105 kW battery and 240 miles of range. The 2022 Rivian R1S should bring a groundbreaking technology for charging the vehicle, with the fastest times of recharge. High-end models will feature a larger unit with the capability to produce 750 hp and 850 lb-ft of torque. We already expected the SUV in production, but Rivian needs more funds to get its idea into factories. 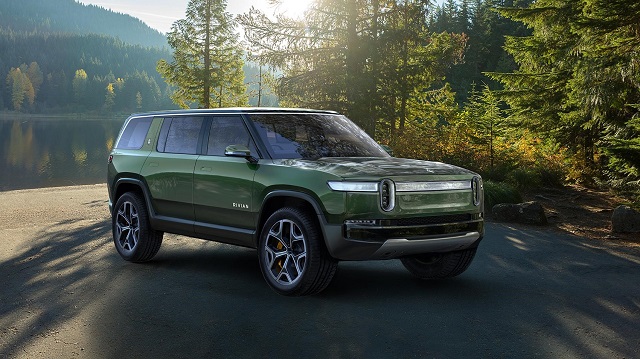 Volvo is one of the leaders when it comes to green technology in the automotive industry. Their first electric crossover is out and we can hear that further moves are also on the way. After XC40, the next EV we see is the 2022 Volvo XC60 Recharge. Meanwhile, the Swedish carmaker will work on the new largest SUV and the smallest crossover. The XC60 is already available with a powerful PHEV system and some electric range. The 2022 Volvo XC60 Recharge is the next step in evolution and we expect it with 250-300 miles covering in a single charge. On the other hand, the price will be a stumbling block for most, since the luxury carmaker pays a lot of attention to passengers’ comfort and safety.

The 2023 BMW iX5 will be based on the iNext concept and it will arrive after the iX3 compact EV. According to available info, the entry-level version should return 308 hp, the mid-range version makes 520 ponies, while the high-end edition will be more powerful than the X5M with 620 horsepower. Still, the range is questionable. The best distance covered in one recharge should be over 370 miles, while the performance editions will make at least 250 miles. BMW is also working on advanced systems of charging and autonomous drive. The recharge time should drop radically, while Level 4 could be there for the 2023 BMW iX5. 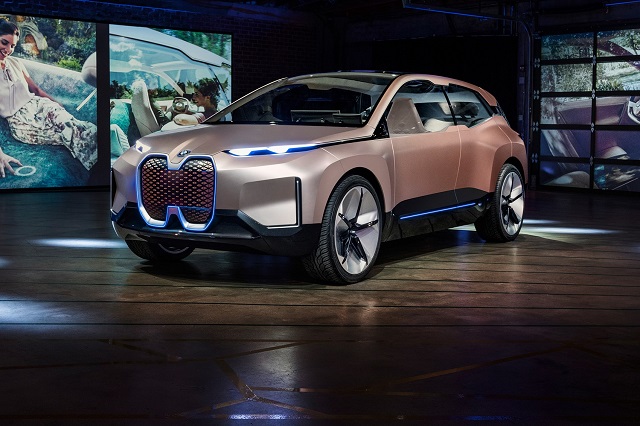 GM’s electric future is now. Cadillac Lyriq and Hummer truck might be more interesting, but the 2022 Chevrolet Bolt EUV will attract more attention. The small SUV for the urban drive is almost here and it produces 200 hp and covers 260 miles in a single charge. Well, GM will work on an advanced electric system for the compact model. However, due to its size, there is not going to be room for a larger battery. The price of the 2022 Chevrolet Bolt EUV is supposed to start around $35,000. Optional drivetrains and features are still unknown. The company announced that the production will happen in Orion Assembly Plant, Michigan. Over $300 million is spent on this facility.

Nissan LEAF is the best-selling electric vehicle of all time. Well, the time is change and now the competition is stronger and the interest is higher. Nissan slowed down a bit in the development of new EVs. However, this is one of the carmakers that has a strong start for this segment. The interest is renewed and the 2023 Nissan Ariya might be the next electric model we will see in upcoming years.

The company introduced the concept recently, but we haven’t heard too much about it since the COVID-19 crisis started. The Ariya will be a platform for all-electric crossovers. On the other hand, Nissan didn’t specify which existing nameplates will adopt solutions, or if the crossover debuts with a new name. The price will be attractive, probably under $40,000. 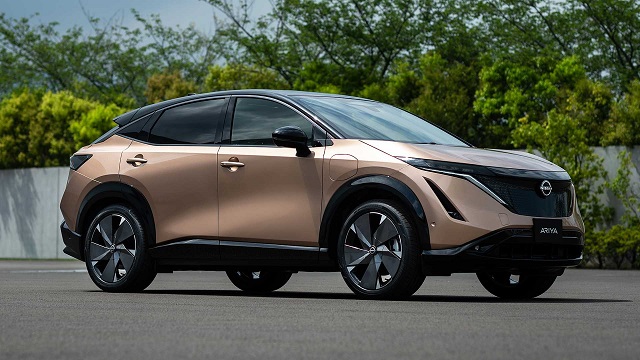 Instead of making PHEVs for the luxury lineup, Toyota goes straight with the electric vehicles. The 2022 Lexus UX 300e is the first of many EVs that will come out from the plants of this carmaker. With 200 hp and 225 lb-ft of torque, we believe this is going to be one of the most affordable electric SUVs in the market. The company promises 250 miles of range and 16 hours needed for a recharge. Plugged into the fast-charging system, you will wait only 50 minutes until the battery restores the energy. The SUV is announced for the next spring in Europe, while the US version arrives later. We can also expect small modifications. 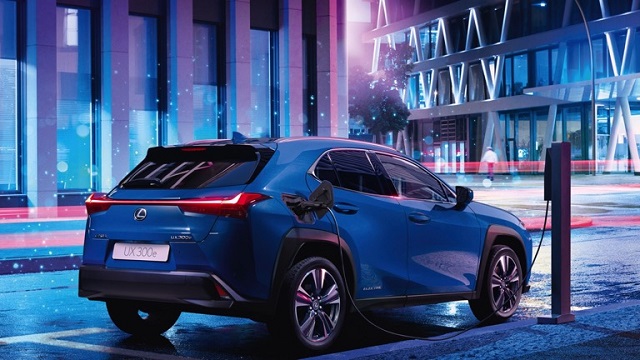 Lyriq is the first electric concept by GM. However, the production vehicle is not coming out so soon. All future models will be in the market after the Hummer truck, which is set for 2022. The 2023 Cadillac Lyriq will be the premium SUV with a hefty price. Nevertheless, it will set some standard among luxury vehicles, including the electric drivetrain and autonomous drive. The Super Cruise system is already one of the most advanced self-driving services in the market, but General Motors is ready to make it even more independent. The release date of the 2023 Cadillac Lyriq is expected late in 2022.

Speaking of the upcoming electric truck, we already know it will get an electric SUV version as well. Modified, the vehicle will come a year after the pickup. General Motors is not wasting time and it seems that using the old and famous nameplate was a great move. The truck is causing a lot of attention, and one of the stars hired to promote its arrival is Lebron James.

The SUV will bring back memories of an old Hummer. But, modern times turned the rugged vehicle into an electric model and we assume the same drivetrains will provide power for the SUV and the truck. GM is promising 1,000 hp at its best. But, there are no words about the base configuration, since this is definitely the top of the range offer. 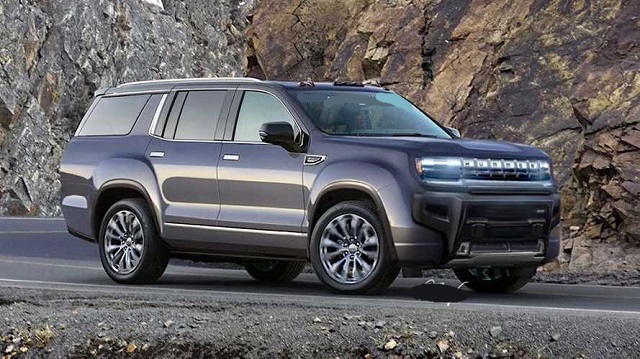 German carmakers are also pretty active in the electric SUV segment. Mercedes and its EQ- platform, and BMW with iNext architecture already made first moves. Audi presented the E-Tron concept, but no production model is available, yet. The 2022 Audi Q4 E-Tron will cover 265 miles in a single charge. Its battery creates 300 hp and sends power to all wheels, the famous Quattro system. The fast charger will restore 80 percent of the battery in just 30 minutes. Standard outlets need 8 hours for the complete recharge.