Hybrid SUV market is growing. More and more companies are developing new technology that supports classic internal combustion engines with electric power. Such vehicles are still more expensive than standard models. Plus, an extra charge comes with the maintenance. But, the 2023 hybrid SUVs are also bringing a lot of advantages. Like said, the industry is moving forward and hybrids are more competitive.

First of all, those are cleaner and more efficient configurations, and that is the main reason why you should buy one of the 2023 hybrid SUVs. Some ov those rigs will return 40+ mpg. Also, if you compare hybrid versions to standard editions, the difference is huge. You will also notice that the mileage for highway driving is not significant, so such SUVs are the perfect solution for city cruising. 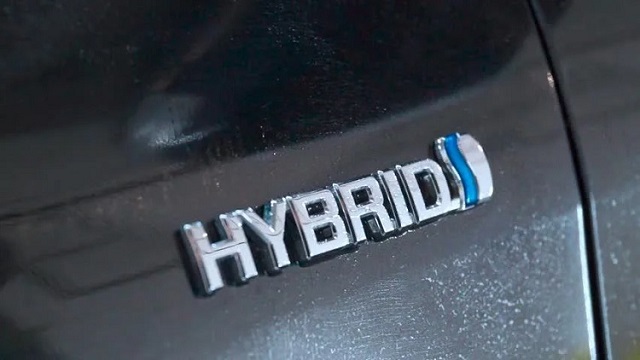 The 2023 Mitsubishi Outlander PHEV is one of the cleanest hybrids in our list. The company is going to add a few more models to the lineup, while also improving its only crossover SUV in the USA. The Outlander is returning 27 mpg, which is not something impressive when you look at the rest of this list.

When you take the base model, the naturally aspirated version is good for 24/31 mpg. So, the 2023 Mitsubishi Outlander PHEV will save you some gas in the city drive. On the other hand, you are getting extra power – 220 hp. Plus, there is an option to run the crossover SUV by using only the electric battery. The current range is 24 miles. The pricing starts from $37,000. 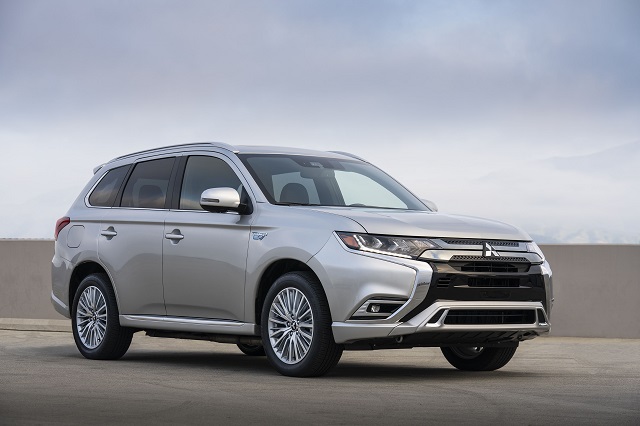 The 2023 Ford Explorer Hybrid is one of the largest SUVs on this list. The US company is using a 3.3-liter V6 engine as the base powertrain. Paired with electric batteries, the configuration is good for 318 hp and 322 lb-ft of torque. With rear-wheel drive, the SUV can return 28 mpg combined. With a weight near 5,000 pounds, this is great gas mileage. All-wheel drive harms the fuel economy with 23/26 mpg.

The price of the 2023 Ford Explorer Hybrid will start at $51,000. You are also getting the Limited trim package. Another option is to upgrade the offer with the Platinum edition for about $3,000. A similar vehicle is offered in the premium segment, where Ford delivers Lincoln Aviator. Nevertheless, this is a performance SUV with 495 horsepower and a hefty price. 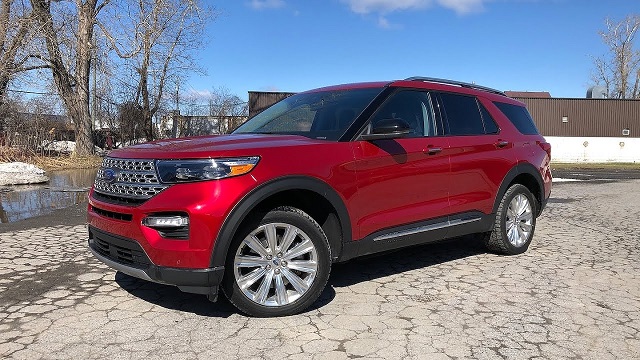 The 2023 Lexus NX Hybrid is a premium model. It will cost extra to buy it, but the crossover SUV is going to make it up with improved gas mileage. The NX can return 34/31 mpg. But, the company sacrificed some power. This vehicle is using a 2.5-liter four-cylinder engine. Combined with electric batteries, it can create 195 hp. A 2.0-liter turbo-four is delivering 234 hp, but also returns 22/27 mpg with all-wheel drive, which is standard if you pick a hybrid setup.

You will find the model with the NX300h badge. The price starts at around $41,000, which is $3,500 investment over the base configuration. Popular F Sport package is also available. With this one, the MSRP will sit just under $50,000. 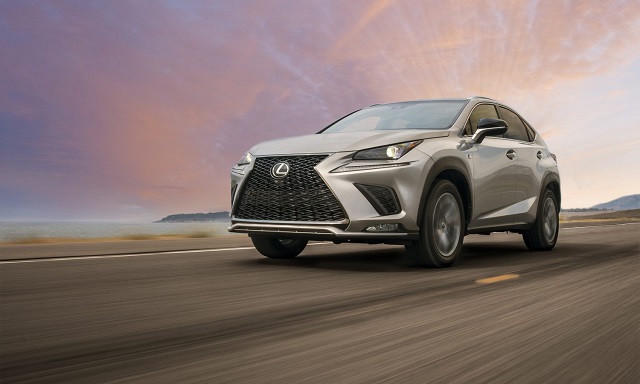 We are already in mid-30 miles per gallon waters. The 2023 Subaru Crosstrek Hybrid is going to return 35 mpg. Of course, like all other Subaru vehicles, the hybrid SUV is going to use four-wheel drive. A 2.0-liter Boxer engine delivers 137 horsepower. Reinforcement comes from an electric motor that adds 118 hp. Unfortunately, the combined output is 148 hp. But, the strong sides are the gas mileage and the electric range.

The 2023 Subaru Crosstrek Hybrid can cover 18 miles by using only the electric motor. The price of the SUV is $36,000. A CVT sends power to all wheels. On the other hand, the system needs 9 seconds for 0-60 mph acceleration. Handling and steering are a couple of reasons why we would recommend the Crosstrek Hybrid. 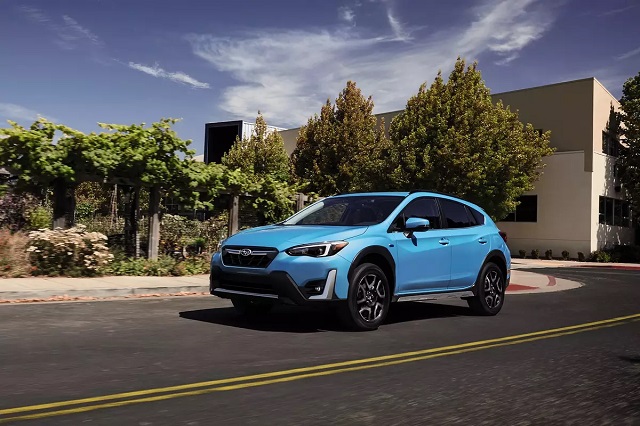 The Japanese manufacturer made a bold move when downgraded the Highlander Hybrid. It was the only three-row hybrid SUV in the market for some while. When other companies started producing rivals, Toyota launched a new version. The biggest change was the replacement of a V6 engine with a four-pot unit. Engineers sacrificed power to gain extra gas mileage.

The 2023 Toyota Highlander Hybrid will use a 2.5-liter petrol mill and in combination with electric support, the system puts out 255 hp. Not bad for a vehicle of its size. But, the impressive part is the fuel economy – the mid-size SUV can deliver 36 mpg! This vehicle even tows 3,500 pounds. The base MSRP is $38,500. the hybrid SUV will also offer a couple of special paintjobs, which are going to be refreshed for the 2023 season. 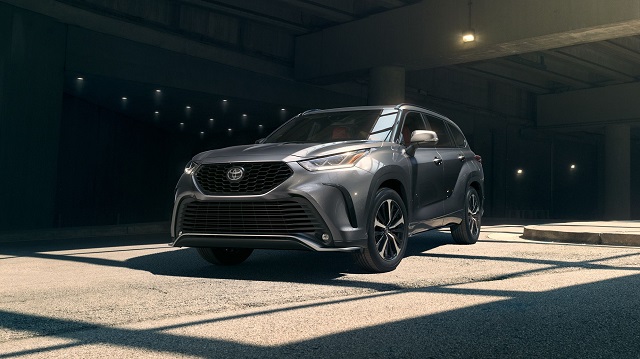 The 2023 Honda CR-V Hybrid is the first model on the list to hit 40 mpg. But, that is the gas mileage for the city drive. On highway, the crossover SUV returns 35 mpg, which makes 38 mpg combined. A 2.0-liter Atkinson cycle engine delivers 212 hp and 230 lb-ft of torque. The best fuel economy comes with the Econ drive mode, while the Sport mode consumes more gas. All-wheel drive is standard and the power is distributed through a CVT gearbox.

The price of the 2023 Honda CR-V Hybrid is going to lure a lot of buyers. The MSRP starts at $31,000 for the EX trim level. High-end models will cost over $35,000. In the foreseeable future, we will see the plug-in hybrid version with some electric range available. 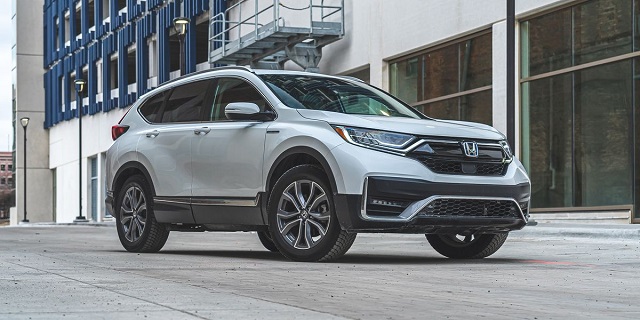 Toyota is dominating this list. We already had two models (Lexus belongs to Toyota), and more is yet to come. The Venza SUV is brought back recently and it is available only with a hybrid drivetrain. A 2.5-liter engine is a base both for Highlander and Lexus NX. But, the Venza Hybrid, it will return 39 mpg, while also using the all-wheel drive. Drivers can count on 220 hp from the system that combines petrol and electric sources of power.

The 2023 Toyota Venza LE costs only $33,000. The XLE is a $3,000 that adds larger wheels and infotainment display, as well as some advanced features. Limited edition will be over $40,000. By 2023, Venza could get a standard powertrain as well, since the first edition drew a lot of attention. 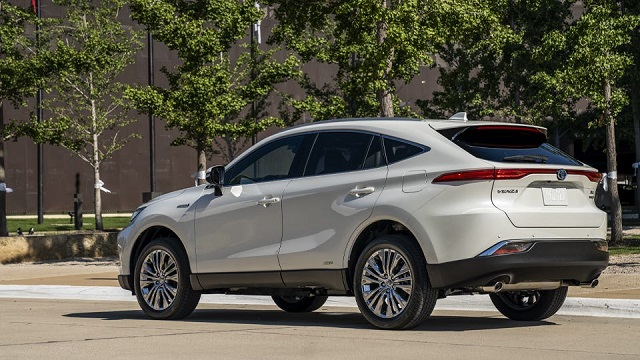 Again, Toyota. Highlander was the only three-row SUV with a hybrid drivetrain. When other companies started to catch up, the Japanese company made a new challenge but making it way more efficient. Rav4 was the only crossover SUV with 40 mpg. Now, when the same happened as with Highlander, Toyota made another bold move. The plug-in Prime version was added.

Both setups are based on a 2.5-liter four-cylinder engine. The 2023 Toyota RAV4 Hybrid is going to offer 220 horsepower and 40 mpg combined. The plug-in hybrid configuration adds more powerful electric batteries. Total output jumps to 302 horsepower, while AWD becomes standard. The gas mileage drops to 38 mpg. The power boost will cost you $10,000. The 2023 Toyota RAV4 Prime is also offering 42 miles of electric range.

The 2023 Ford Escape Hybrid and PHEV are similar configurations. Both of those SUVs will return 41 mpg. And the price is making a difference. So, Ford made the statement and other companies have a tough task to deal with it. A 2.5-liter engine lays under the hood. The 2023 Ford Escape Hybrid is going to produce 200 hp and 155 lb-ft of torque. Front- and all-wheel drive are available. If you want a better grip, it costs you a bit more fuel. 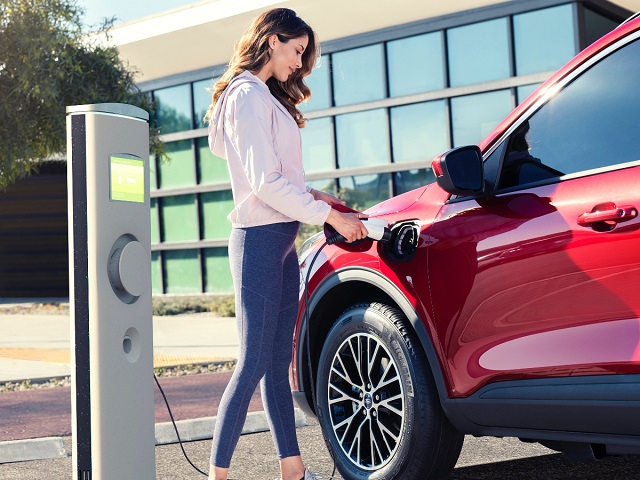 We’ve reached the top of the list – where you find the 2023 Lexus UX Hybrid. The smallest SUV by the premium brand, the UX is getting power from a 2.0-liter unit. The total output is 180 hp and in combination with the light body, the UX250h is returning the market-leading 43/41 mpg. An at top of that – all-wheel drive is standard. A CVT gearbox is standard for both base and the hybrid crossover SUV.

Having in mind this is a subcompact model, the price is a bit higher. But, paying $33,000 for the luxury vehicle is not too much. However, you will have to add $3,000 for the hybrid. Packing it up with advanced systems and technologies, the 2023 Lexus UX Hybrid can cost over $45,000. 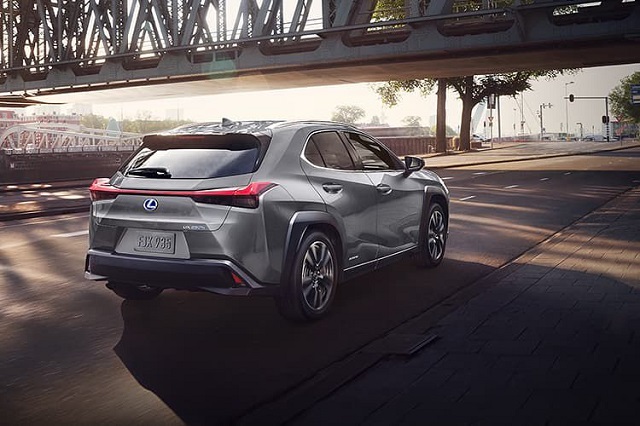