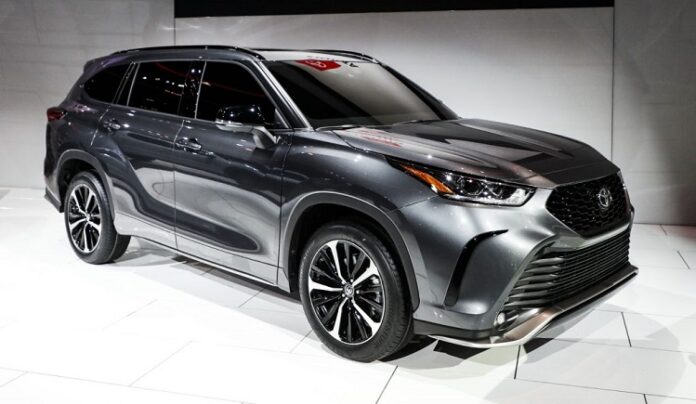 Toyota is updating the Highlander once again. Now, the mid-size three-row SUV brings a whole new look. Before that, we saw a new hybrid system. For the 2023 Toyota Highlander, engineers are going to prepare the Prime package that will include a plug-in hybrid system. With all those updates, the SUV is going to become one of the best vehicles in the market.

The Highlander built its name over the past few years and now it is one of the flagship models within the Japanese company. For some time, this was the only three-row SUV with a hybrid engine. When other companies started implementing the same technology, Toyota brought Highlander with 35 mpg combined gas mileage. Some compact crossovers can’t do that.

Now, with the new look, the 2023 Toyota Highlander will be one of the top five models to watch. Plus, there are big plans, not confirmed yet. Grand Highlander is an official name registered recently. We assume this is going to be an extended version of the SUV with more room behind the third row of seats. A plug-in hybrid wouldn’t be a surprise as well. 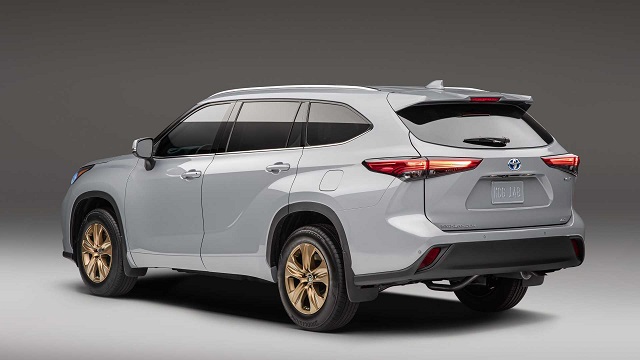 We expected a styling update for the 2022 YM, but the COVID-19 outburst rescheduled plans. Now, the vehicle is going to be new for 2023 YM. There are no spy photos yet, and we suppose the first test mules are going to swim out by the end of the year. Experts don’t think big changes will occur, but there should be enough modifications to draw attention. Front fascia and interior will suffer the most.

Big expectations are on the 2023 Toyota Highlander since it is a leader in the mid-size SUV class. All the latest stuff will be packed, even at the entry-level trims. However, the mid-range offer is always the best value, with the price still being good, and buyers getting some of the advanced systems. Such models will be the 2023 Toyota Highlander XLE and XSE. If you want to spend extra, Limited and Platinum versions are bringing nearly premium offers.

What is the Grand Highlander?

The Japanese company registered a new nameplate earlier this year. However, there is no official announcement about the new Grand Highlander. Well, it name suggests the vehicle is going to be based on the mid-size SUV. ‘Grand’ probably means bigger. But, the full-size segment spot is already occupied by the Sequoia SUV. So, the 2023 Grand Highlander might be positioned between these two. An extended body can fix one of the biggest downsides of the standard Highlander – lack of space in the rear row. Extra body length will allow designers to provide more legroom for occupants in the back, and add cargo capacity behind them. With all seats folded, the current configuration provides 84 cubic feet. After the redesign and with a long-wheelbase setup, the Grand Highlander might make it up to 100 cu.ft.

Under the hood of the 2023 Toyota Highlander, we will see the same lineup of engines like before. Most buyers are still looking for a pure petrol configuration. For the mid-size SUV, a 3.5-liter V6 can produce 295 horsepower and 263 pound-feet of torque. An eight-speed automatic transmission sends power to front wheels by default. Optionally, all-wheel drive is a cool upgrade. It will consume slightly more fuel. But, if this segment is important to you, the 2023 Toyota Highlander Hybrid is a way better choice.

A 2.5-liter four-cylinder engine is the main source of power for this vehicle. The company used to build it on a V6 mill. But, engineers are sacrificing power to get more miles from each gallon. The new hybrid is good for 35 mpg combined, which is the gas mileage that many smaller vehicles can’t achieve. The same transmission and drive options are there, but the power output drops to 243 horsepower.

For the redesign, the company is not preparing only a visual update. The plug-in hybrid is about to join the lineup. We already saw such moves on other vehicles, where the PHEV configurations are being called Prime. For the RAV4, this system develops 300 horsepower. Since the Highlander is way bigger, we could see the Prime version with 350 and even 400 ponies. Still, there are a lot of questions and required upgrades on the PHEV before it hits dealerships. Toyota is not letting Ford and other rivals take over the market where the Japanese company almost cemented its place as the leader. 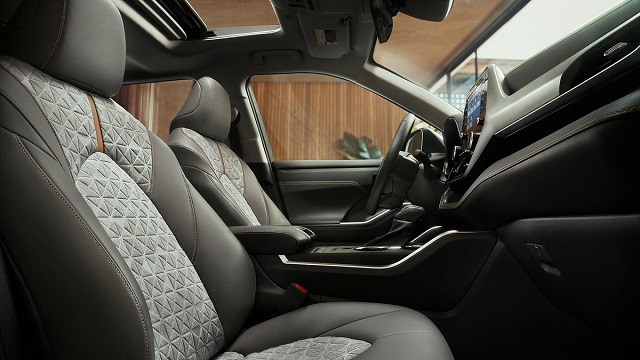 Speaking of the release date, that is still far away from now. Fans will have to wait for more than a year to see the new, redesigned version of the 2023 Toyota Highlander. The best place to make a debut it Detroit Auto Show in 2022. However, the premiere might wait for the late arrival, in the last quarter of the year.