Lexus is one of the leading premium carmakers in the SUV market. Its best-selling model is RX, a mid-size luxury SUV, whose numbers might compete with non-premium vehicles. Still, other nameplates are also interesting. The latest addition is the subcompact UX, while we expect huge things from big rigs GX and LX. The future Lexus SUVs might become LQ and LF-1 Limitless concepts.

Here is the list of vehicles and what to expect from them. The future Lexus SUV lineup will be interesting to watch because some old models are going to go through the redesign. There are also indications of new nameplates and engines as well. 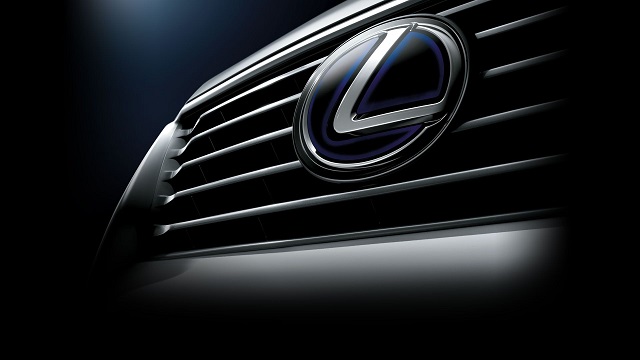 The smallest and the newest vehicle in the lineup. The UX subcompact crossover debuted in 2019 and we might see the first significant update on the 2022 Lexus UX. Still, a 2.0-liter four-cylinder engine will remain the main powerplant. Besides the UX 200, the lineup is also going to offer the UX 250h hybrid version. The same petrol unit is the main source of power, and the total output of the hybrid unit is 180 hp.

For the future, we expect the UX to offer all-wheel drive. The fuel economy is one of the reasons why you should go after this crossover. There are no too many rivals that can match 29/37 mpg. With the UX 250h, you can make the gas mileage go over 40 mpg. The base price is pretty hefty. Buyers can expect a boost since the new Enform infotainment system is on the way.

One of the officially confirmed future Lexus SUVs is the UX 300e, all-electric crossover. The vehicle is based on the standard UX, but instead of the conventional drivetrain, it features an electric battery. It is a 54.3-kWh pack, which will make the UX300e go 250 miles between recharges. These systems always need upgrades and Lexus is not releasing recharging times. Be sure there will be standard and speed systems available for home use, while special stations will restore the battery life in about an hour.

The 2022 Lexus UX 300e will arrive in the US late in 2021. We will already have the first impressions since the sales for the United Kingdom and some other markets start soon. It is not comparable, but in the UK, the MSRP starts around 41,000 pounds, which is around $55,000. The subcompact crossover is not going to cost so much. 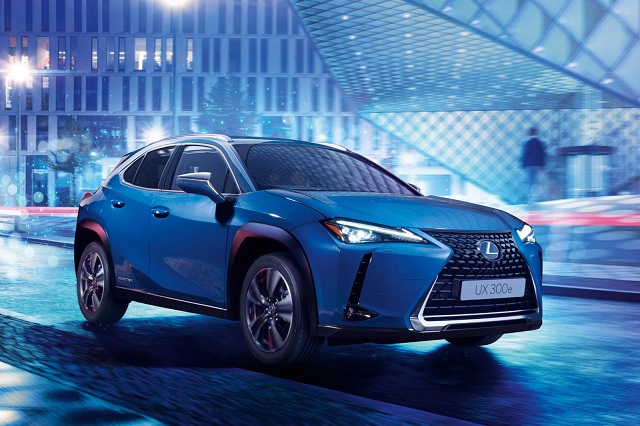 Bigger and older brother NX is still in the first generation. There are two versions available, and we suppose Lexus will upgrade the lineup in the future. The 2022 NX might launch the new generation, with the fresh styling, and the PHEV system. Toyota, the owner of the Lexus brand, recently introduced the Rav4 Prime plug-in hybrid. The same configuration might be shared with the 2022 Lexus NX. However, we don’t know how it will be called.

The NX300 is going to keep a turbo-four engine with 235 hp. The NX300h is a hybrid configuration with an excellent fuel economy (33/30 mpg). The PHEV is going to bring a new dimension with some electric range available. Do not expect spectacular numbers. The setup is good for 42 miles on the Rav4 Prime.

We can say that the 2022 Lexus RX 350 will remain the flagship model. The company is not announcing anything for the upcoming SUV. Well, with more than 100k sales every year since 2013, there are no reasons to worry about it. But, the competition is stronger. The versatility of the lineup is the main strength and the company might make the offer even more attractive.

The facelift will draw attention for sure. Then, you will have to pick the right model. The base configuration is the 2022 Lexus RX350 and it is a five-seater SUV. If you need more, the RX350L adds two more slots. The wheelbase is also longer. Also, the F Sport package is one of the highlights. It is not going to boost the power output, but the driving experience is getting a boost with sportier tuning.

The mid-size SUV is also available in the hybrid variant. The future Lexus SUVs will get more electric drivetrains, but the RX 450h will probably remain the largest one. All the options for the standard model are also available for the 2022 Lexus RX450h.

However, we might see changes under the hood. The luxury SUV used the same drivetrain as the Toyota Highlander. Now, the non-premium model switched from a V6 to a four-cylinder engine in the hybrid setup, sacrificing some power. We don’t think the company will do the same with the RX. As the matter of fact, many buyers expressed an interest in an even more potent powertrain. A kind of a plug-in hybrid unit could sort this out.

The styling will be new, outside and inside, making the price go up. The base version will be closer to $55,000, which was the price of the vehicle with the F Sport package. The base configuration remains under $50k. 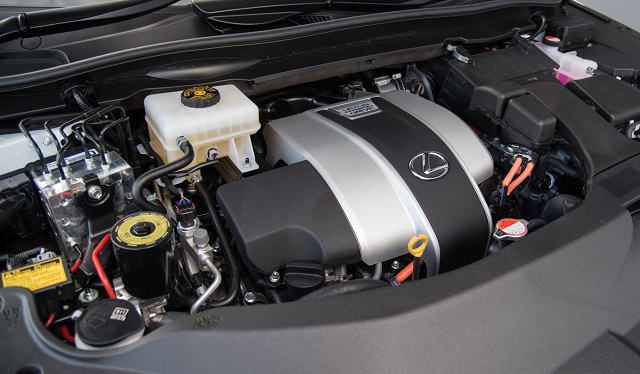 The 2023 Lexus GX will be the next-gen model and one of the best future Lexus SUVs. The mid-size vehicle needs a lot of updates to stay competitive. Well, its toughness should be kept and the company has big plans. The current generation dates back from 2009. A few updates didn’t make the GX more interesting. But, the redesign will draw attention.

We know the design is going to be fresh and the 2023 Lexus GX can borrow some solutions from existing concepts. On the other hand, the question is what is happening under the hood? A 4.6-liter V8 is big and thirsty engine. On the other hand, it provides power for off-road adventures. It is also very durable, so replacing the performance of the V8 would be a tough task. We won’t write off possibilities, since future Lexus SUVs will come with a lot of surprises.

While waiting for the all-new GX, read more about changes for 2022 season HERE.

Big decisions are on chiefs upon the largest model in the lineup. The 2022 Lexus LX 570 will have one more run, that is for sure. But, the LX lineup is even older than the GX. Not only this one but also Toyota Land Cruiser will have to present something stunning to keep pace with other full-size luxury SUVs. Currently, these are the two slowest-selling models in the segment.

The 2022 Lexus LX 570 relies on the 5.7-liter V8 engine. Yes, it is one of the most potent units out there, but it is also thirsty. A poor fuel economy might not be the problem when you pay more than $80,000 for a ride. But, frequent visits to gas stations can become annoying. Also, the maintenance cost is another reason why future Lexus SUVs are getting a new nameplate. 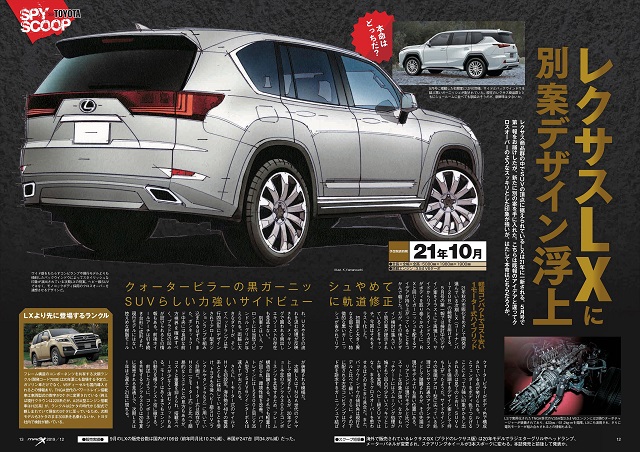 So, when the production of the LX 570 finishes, the life for the new model can start. The company filed for the registration of the LX 600 model and we expect it to see as the model for 2023 season. Usually, numbers in the nameplate indicate something. In Lexus case, that is an engine displacement. But, the 2023 Lexus LX 600 is a mystery. A 6.0-liter engine? No way. Another speculation is that LX600 is going to be the performance model with 600 hp. Again, too good to be true.

Another nameplate waiting to be registered as Toyota’s trademark is the I-Force Max. According to rumors, this will be a small V8 turbocharged engine and its first appearance is set for the new Tundra truck. Toyota will replace a 5.7-liter engine, used by Tundra, Land Cruiser, and Lexus LX. Other details, such as outputs and availability are unknown at this point. That is why we don’t expect the next-gen LX to arrive before 2023.

The LF-1 Limitless was considered as the future Lexus SUVs platform. As its name suggests, this is going to be the most advanced model in the lineup. There won’t be limits for radical moves. So, we see an interesting coupe styling and sportier appearance. The interior is driver-centered, with plenty of assist features. A 4D navigation, autonomous drive, and many other systems should debut once the Lexus LF-1 Limitless enters production.

Still, after the presentation in Detroit in 2018, we haven’t heard much about it for nearly three years. Lexus still keeps its page alive.  But, no new details have leaked. Nevertheless, it seems like the LF-1 has its successor. 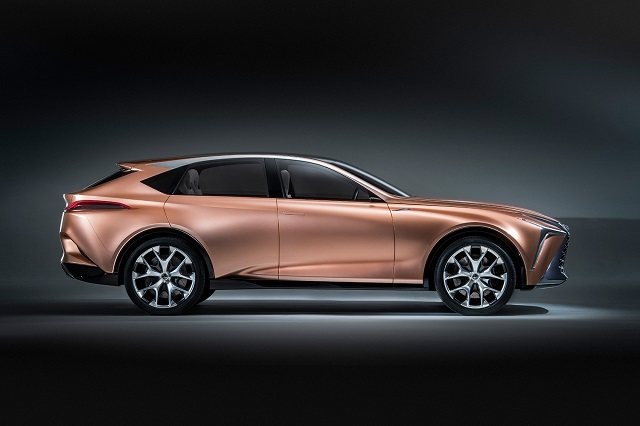 All we knew about the company’s vehicles are about to be brought to a new level with the 2023 Lexus LQ. Some say the nameplate is about to replace the RX as the flagship model. This would be a brave move. As said, the RX is the best-selling model, not only in the lineup but also in the entire mid-size luxury SUV market. It is hard to imagine the future Lexus SUVs squad without the RX. But, if the LQ is going to replace it, we don’t see it too bad.

The 2023 Lexus LQ will definitely increase the level of power. Sources are claiming the SUV is going to return 350 hp thanks to the hybrid system, while the high-output version can reach 420 ponies. The F Sport version is going to be one of the options. Engineers are also working on a new transmission. A 10-speed gearbox will replace the CVT. The LQ will be available late in 2022 and the base price is estimated around $80,000.