Electric vehicles are the future of the car industry. More and more batteries are available as the main source of power for different models. Still, the development and production are costly, so most companies are turning to lighter electrification through hybrid configurations. These systems are already in the full swing in the compact crossover segment. However, not too many large SUVs are available. Toyota Highlander was the only three-row model for some while. Nevertheless, other companies started to catch up with Toyota.

There are now a few SUVs available with a hybrid engine. In the future, we have announcements for more arrivals, while some leading nameplates will have to go the same way if they want to stay competitive. General Motors, Honda, and Nissan are the first ones coming to our minds. It seems that hybrid SUVs are more popular among luxury carmakers. Well, these models are already expensive, and hybrid setup can add more power.

Here are the best future SUVs with a hybrid drivetrain we expect to see in 2022 and 2023.

Rav4 was the first crossover that returned 40+ mpg thanks to its hybrid configuration. Now, there are more vehicles at the same level (Ford Escape, Honda CR-V). So, Toyota decided to make a new step. The 2022 Toyota Rav4 Prime is going to be a plug-in hybrid model with some electric range. The standard hybrid is better in the mpg rating, but the PHEV offers some range by using only the electric source of power. This is the final step before the vehicle goes all-electric in the future.

The base hybrid setup includes a 2.5-liter four-cylinder engine and an electric battery that will enhance the system to 219 hp. In 2023, Toyota will revisit the hybrid and make it more powerful and efficient. The PHEV setup has the same petrol unit under the hood. But, a more powerful electric source of power enhances the total outputs to 302 hp and covers about 40 miles between recharges. The 2022 Toyota Rav4 Prime is going to cost under $40,000.

The Jeep Wrangler PHEV is finally happening. The vehicle was spotted a couple of times under heavy camo, but now we have the first announcements about its power outputs. The 2022 Jeep Wrangler 4xe will be a plug-in hybrid with 375 horsepower under the hood. The system is based on a standard configuration that includes a 2.0-liter turbo-four unit capable to deliver 270 hp. So, the electric part of the drivetrain enhances the power by 105 ponies. An eight-speed ZF auto transmission sends power to wheels. Experts predict 0-60 mph sprint time around 6 seconds.

The new vehicle will be 500 pounds heavier than the base model. That won’t harm the power and gas mileage. The 2022 Jeep Wrangler 4xe PHEV will be able to run 25 miles by using only the electric drivetrain. The plug-in hybrid system will be available only with the Unlimited 4-door Wrangler. The company is also offering 4×4 drive and other upgrades to enhance an off-road experience. 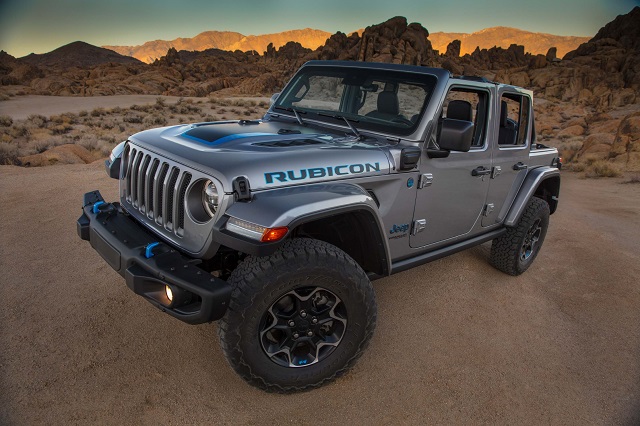 The legendary SUV is not out yet, although the company announced the comeback for the 2020 season. However, test mules are spied, as well as some vehicles based on the standard model. The 2022 Ford Bronco hybrid is the latest thing we hear about the iconic SUV.

The new system will find inspiration in the Lincoln Aviator. The luxury SUV is pairing a 3.0-liter twin-turbo unit with an electric battery for a total output of 500 horsepower. The 2022 Ford Bronco Hybrid won’t go with such high outputs. Reports say the SUV might get 350-400 horsepower, which will be slightly better than the standard configuration. Plus, the PHEV system is going to cover some range by using the battery power and the gas mileage is getting a boost. Another portion of sources is attaching this powertrain with the Bronco Raptor edition. 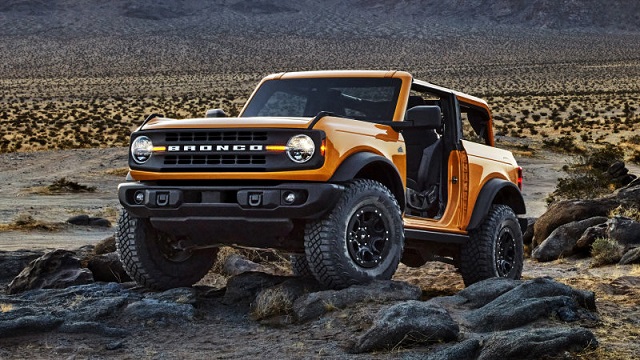 One of the hottest rumors in the SUV segment is about the Honda Pilot. The vehicle made a stunning appearance back in 2015 and now its popularity is fading. The company is going to redesign the vehicle. Another change is coming under the hood. A hybrid system is being tested, but the COVID-19 pandemic slowed down the development and postponed the premiere.

The 2022 Honda Pilot hybrid is likely to happen, but don’t let the company surprise you with the plug-in variant. Sources are indicating that the Japanese carmaker is ready to bring the game to another level and make Pilot a competitor to the upcoming Toyota Highlander PHEV.

Toyota is a step ahead of the competition. The Highlander Hybrid was the only three-row SUV. Now, when the competing factories started producing similar configurations, the Japanese carmaker took a radical approach by downtuning the power output. The new hybrid setup offers 60 ponies fewer but improves the gas mileage to 35 mpg. These are incredible results, even for smaller vehicles.

But, that is not all. The 2022 Toyota Highlander PHEV is going to be the next step in the evolution before the SUV gets an all-electric powertrain. We still don’t have precise info about the plug-in system. Like for Rav4 Prime, it will boost the power outputs, while the gas mileage is going to be around 30 mpg. Plus, the 2022 Highlander PHEV will be able to use an electric battery as the only source of power. The estimated range is about 30 miles. 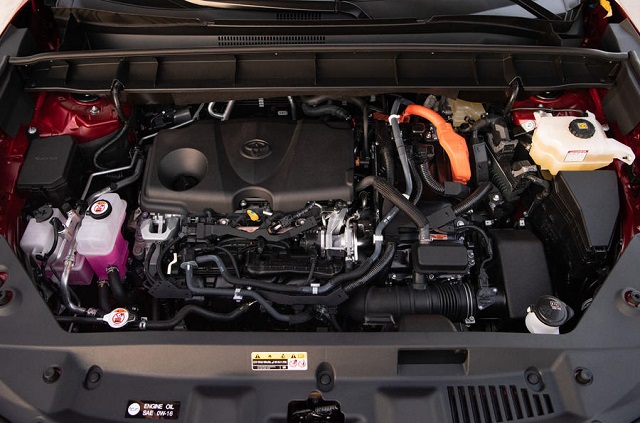 Another model we are waiting for too long. Kia was in the hybrid market with its subcompact vehicles. We can also find all-electric models. But, larger units are missing hybrid support. The first vehicle that was about to get it was a Pacifica minivan, although the interest in this class is not particularly high. But, fans wanted to see it, since the similar drivetrain is used by the Sorento, a mid-size SUV. Furthermore, they assume the two vehicles would share the same hybrid configuration.

From the current point of view, the SUV is not debuting next year. The 2022 Kia Sorento Hybrid will combine a 3.3 V6 engine with electric motors, although some sources claimed that the new 3.8-liter unit, available with the Telluride SUV, is going to be hybridized. With an estimated 310 hp and 28 mpg of combined gas mileage, the 2022 Sorento Hybrid would be very competitive in the market.

The waiting is over – the 2022 Audi Q7 Hybrid is debuting in the US. The German company offered this configuration to European buyers. Now, the SUV is heading across the ocean for a whole new life. The US edition will carry over the same drivetrain, and the enhancement is expected already in 2023. The eQuattro model will be able to return 450 hp. There is also a lighter configuration with 375 horsepower, but this one is staying an exclusive setup for Europe.

This is another hybrid luxury SUV from European carmakers. Audi’s archrivals, Mercedes and BMW, are already in the market. A 3.0-liter six-cylinder engine we find in the base version is the main source of power for the 2022 Audi Q7 Hybrid. A battery supports the conventional unit and it is good for 125 hp. The SUV is able to run by using only electric power. Max speed of such drive is going to be 85 mph and the vehicle can go up to 28 miles. 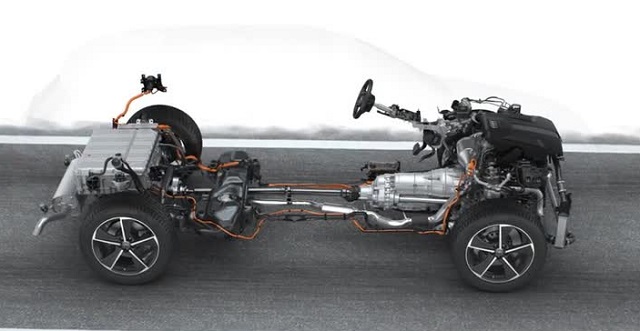 Ford already started the electrification of its big rigs. We have Explorer hybrid and Lincoln Aviator PHEV. The next one in the pecking order is the 2022 Ford Expedition Hybrid. It won’t be easy to make the full-size SUV more efficient or capable of towing. The vehicle is a leader in its class with 9,300 pounds. The next update might bring changes under the hood, but not the hybrid configuration. A 7.3-liter V8 is an option for the big rig.

But, we believe that Ford is keener on a hybrid setup. Explorer is getting power from a 3.0-liter V6 mated to an electric motor. We can see a similar pair, but with a 3.5-liter V6 mill, which independently delivers 400 hp for the current Expedition. The SUV was recently spotted with a lot of camo, hiding details of the facelift. We hope to see changes under the bonnet as well.