If you were wondering what is happening with Ford SUVs and crossovers, here is where you can learn everything in one place. Find your favorite model and see what it is bringing for the 2022 season. Some SUVs were recently updated, some are all-new, and Ford also insists on electrification.

Also, check out which comebacks are possible. Unfortunately, some models are not meeting the requirements of the demanding market and could become history soon. We will mention models that are not available in the US (yet). 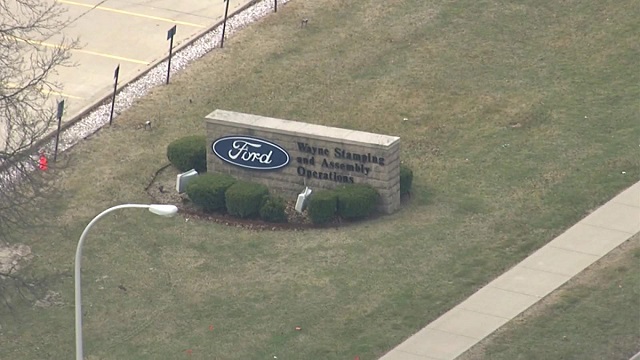 The most anticipated SUV of the new age is finally back. The new Bronco hit the showrooms with a delay, but the interest shown in this model was astronomical. When Ford announced the comeback in 2015, everyone went crazy about it. Some predictions came true, while there are a lot more theories about the legendary SUV. Nevertheless, the 2022 Ford Bronco will fully shine and compete with the Jeep Wrangler. For now, we know it comes with a pair of turbo engines. But, more options will be available next season.

Now, there is also the 2022 Ford Bronco Sport, a lighter version of the SUV. It is a compact and rugged model, packed with 1.5 I3 and 2.0 four-pot engines, both turbocharged. We expect to see some of the additional packages, such as Raptor, or a hybrid version. The 2022 Bronco will be built at the same place as its predecessor, before it was discontinued in 1996, after the infamous chase.

The company is not firing up the fans with old-school models and legendary vehicles. There are also some other projects that include modern technologies. The 2022 Ford Mach E is the first all-electric SUV. The carmaker will expand the lineup soon. We are already seeing more and more hybrids and PHEVs. The Mach E is actually based on the Mustang.

The electric unit is going to produce 266 hp and 317 lb-ft of torque. The base package will cost $42,895 and it is eligible for the tax refund of $7,500. The range is 230 miles. California Route 1 extends it to 305 miles, but it is only available with an RWD. The 2022 Ford Mach E GT is the top of the class model. It comes with an eAWD and 250-mile range. The battery is more powerful, which will help the electric SUV sprint 0-60 mph in just 3.5 seconds. The Mach E is going to be an inspiration for a luxury branch, Lincoln, to create Mart E. 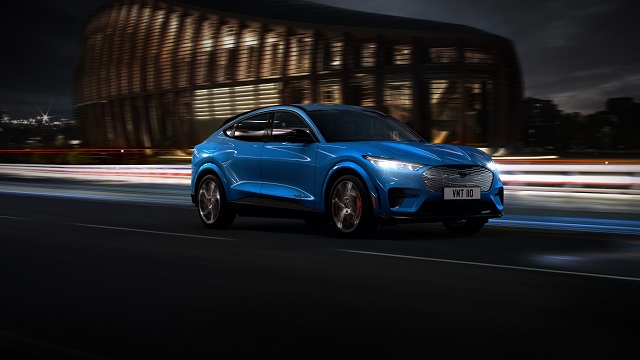 The 2022 Ford Expedition will be the largest model in the lineup (or not?!). the full-size SUV is powered by a twin-turbo V6 and cracks out 400 hp. It is enough to make the Expedition the best SUV for hauling, with a towing capacity of 9,300 lbs. AWD will decrease the limit to 9,000. This SUV is also available with a long-wheelbase. Extra space behind the third row is perfect for storing larger items that cannot fit inside the standard version. An oil burner might be added to the lineup. The 2022 Ford Expedition Diesel will be powered by a 3.0-liter turbo V6 and it is going to offer 250 hp and 460 lb-ft of torque.

Cosmetic changes will be minor. The SUV was updated recently. However, the multimedia system requires frequent revisits. Inside, there is room for eight passengers. Seating capacity drops to seven if you choose captain’s chairs for the middle row. Other changes include a hybrid unit. However, this move depends on the F-150 truck, the vehicle the 2022 Ford Expedition will be based on. The base price starts above $52,000 and ends up in premium waters with the Limited edition.

Another vehicle that was recently refreshed is not expected with major changes on the body. The 2022 Ford Explorer is in the sixth generation. One of the highlights is a hybrid version, that will add extra power and improve the gas mileage. For drivers looking for a fun ride, the 2022 Explorer ST provides maximum power outputs. The price of the mid-size three-row SUV starts at $32,200. You can also buy XLT at a reasonable cost, While Limited and Platinum are serious investments.

A twin-turbo V6 is the powertrain of the 2022 Ford Explorer ST and it creates 400 hp and 415 lb-ft of torque. On the other hand, the hybrid is based on a 3.3-liter, and squeezes 27/28 mpg from the six-cylinder engine. It is also more powerful than the base version. According to impressions, buyers love the versatility. You can make selections of trim levels, colors, engines, additional packages, and even the seating capacity.

Edge is not one of the most popular vehicles in this list, but it offers an option. A mid-size two-row SUV is positioned between Explorer and Escape. The first one is more powerful, while the second model offers better gas mileage. The 2022 Ford Edge is a combination of these two specs buyers usually looking at when buying a ride. The SUV is going to offer a turbo-four unit with 250 hp and 275 lb-ft. The gas mileage is 30 mpg on the highway, with FWD.

Additional options include all-wheel drive. Then, there are four trim levels: SE, SEL, Titanium and ST. The late one is equipped with a turbocharged V6 (335hp) and plenty of additional upgrades on the body. The redesign is likely since the Edge is one of the oldest SUVs in the lineup. The second generation was introduced in 2015. Sales are still good, and the facelift could make the 2022 Ford Edge more impressive.

Compact crossovers are the best-sellers in the SUV class at this moment. It makes the 2022 Ford Escape the star in the market. To be more competitive with Japanese vehicles, Toyota Rav4 and Honda CR-V, the US company had to upgrade its model. The 2022 Escape is now another crossover that will return 40+ mpg if you buy a hybrid configuration. Also, the vehicle is available with the PHEV, which can cover some distance by using only electric drivetrain.

Other options include a pair of turbo engines. The standard offer is for the Escape with a 1.5-liter inline-three, while the more powerful unit is a 2.0-liter turbo-four with 250 hp and 280 lb-ft. Nevertheless, this is not a performance-oriented unit. The 2022 Ford Escape ST might debut as another option. The MSRP starts just under $25,000. Titanium is the most exclusive package that will increase the price by $9,000. The hybrid unit will cost $28,500 and the plug-in system adds $5,000. You are getting additional features as well. 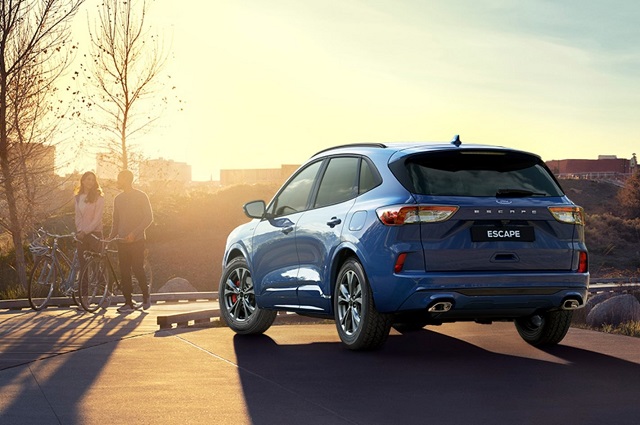 The 2022 Ford EcoSport is the smallest crossover in the US. There are rumors that the vehicle could be renamed or replaced. Still, the 2022 YM will be out without big changes. The base price of just $19,995 is making it attractive. But, with 123 hp and 125 lb-ft of torque, it can be interesting to youngsters. On the other hand, agility will make your life easier if you are driving a lot in urban areas. Small dimensions will allow parking in tight lots with low effort.

Four trim levels, one more engine, and ten paintjobs are available for choice. S, SE, Titanium and SES are the packages. Some of them are coming with optional 2.0-liter four-cylinder and 166 hp. The base unit is a 1.0-liter turbocharged I3. Colors are Smoke, Race Red, Lightning Blue, Blue Metallic, Luxe Yellow, Diamond White, Shadow Black, Moondust Silver, while premium options are Ruby Red and White Platinum.

Kuga is a very popular vehicle in Europe. The company introduced the third generation in 2019 and the first minor update could happen on the 2022 Ford Kuga. Funky styling and reliable engines are key reasons for its popularity. Now, the carmaker will upgrade an infotainment system and additional options. Kuga is a match to the Escape crossover, company’s best-selling SUV. But, buyers in Europe can find the vehicle with the third row. It is a bit tight inside, but still a cool option.

There are two turbocharged petrol engines available. Inline-three and four-pot are the options. You can also find the 2022 Ford Kuga diesel, but the market for an oil-burner will be more limited than ever. The carmaker already prepared the replacement. Hybrid based on a 2.5-liter four-cylinder engine is available, as well as the version with the plug-in system.

With the arrival of the next-gen Kuga, the company also presented the new Puma. This is the subcompact crossover that replaced the EcoSport outside the US. Some experts believe the same changes are happening in North America. That will be the biggest thing we will see on the 2022 Ford Puma. Dimensions of the subcompact crossover are: length 165 in, wheelbase 102 in, width 71 in, height 60.5 in.

The 2022 Ford Puma ST is the highlight of the lineup. The small vehicle will get the power from a 1.5-liter turbocharged inline-3 drivetrain. The base option is a 1.0-liter EcoBoost. This is the turbo I3 as well. Popular Panther configuration pairs a 1.5-liter EcoBlue oil-burner with either 6-speed manual transmission, or an 8-pace auto gearbox.

The 2022 Ford Everest is the large body-on-frame SUV for Pacific Asia. There, it will fight its way against similar vehicles coming from Japanese carmakers, Nissan Patrol, or Toyota Fortuner. The second generation of the SUV arrived in 2015 and the update will heavily depend on the new Ranger. The truck-based Everest is a capable and durable machine. A pair of turbo-four gasoline engines are there, as well as four different diesel configurations. The largest one is a 3.2-liter oil-burner, while fans like a 2.2-liter turbodiesel the most.

After Bronco, rumors about the 2022 Ford Excursion return are the loudest. This is the truck-based SUV, the largest the company ever built. The Excursion is even bigger than the Expedition Max. Well, it is not based on the regular truck, but the F-250 Super Duty model. Changes in this segment sparked speculations about the comeback.

At this moment, we know the carmaker filed for the registration of the nameplate. Well, Ford is not doing that without reason. But, there are further questions about the heavy-duty SUV. On the other hand, we saw a debut of a perfect engine recently. A 7.3-liter V8 has been added to the Super Duty class. With this powerplant and new styling, designers and engineers wouldn’t have troubles in this segment of development. The bad thing is that bosses are still quiet. 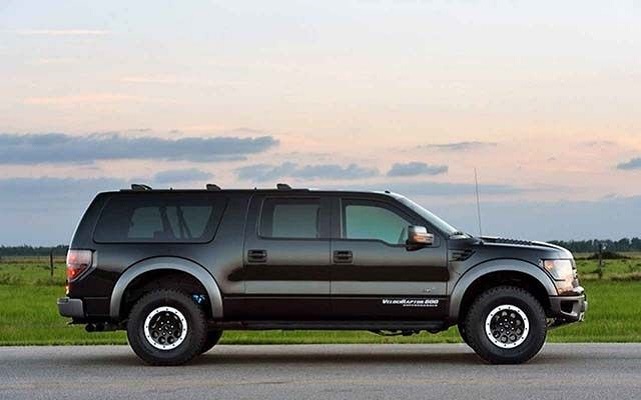 While there are traces we can follow upon the Excursion comeback, it is hard to say if the 2022 Ford Flex is going to be part of the lineup. The mid-size SUV was discontinued in 2019. The manufacturer made extra room for Bronco and Bronco Sport productions. After only three seasons, it is less likely to see Flex back. Excursion will start a whole-new class, while Bronco squeezed in as the 4×4 specialist. Also, Flex was not an impressive model and slow sales were the indication the life of the mid-size SUV is nearly over, which happened in 2019.