The Japanese manufacturer is updating its best-selling crossover. The 2023 Honda CR-V will be all-new and prototypes are already being tested. Of course, it is still early for official details, so everything we know about the upcoming vehicle are speculations based on the test mules. Experts and fans noticed a couple of interesting things on the body the camo couldn’t hide. It seems the CR-V is going to be slightly bigger. That means more space and even a possibility of seeing a seven-seat version.

We believe the same petrol drivetrain will lay under the hood when the 2023 Honda CR-V shows up. It is a 1.5-liter turbo-four mill. Engineers might revisit the system and boost power and gas mileage. The spotlight is on the hybrid model. It is already one of the best configurations in the market with a fuel economy above 40 mpg. The next step for the 2023 Honda CR-V Hybrid is an upgrade to the plug-in system. It will make the crossover competitive with Toyota Rav4 Prime and Ford Escape PHEV. Plus, Honda will make another step towards complete electrification of its popular vehicle.

The first renders of the new CR-V are here, created by KOLESA. Spy photos are serving as the inspiration, as well as the most recent updates on other crossovers and SUVs. Nevertheless, there is plenty of time before the 2023 YM shows up. We will be patient and follow the updates on the CR-V redesign. 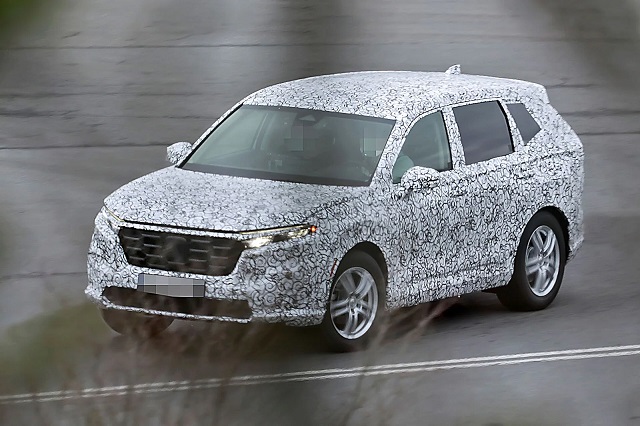 It is not a secret that Honda is working on the new version of the CR-V. The COVID-19 pandemic slowed down the process. Fans expected the fresh crossover even this year. Anyway, the 2023 Honda CR-V is bringing big changes. The official statement is missing, but bosses mentioned the update some while ago. Also, the current version is becoming old. The fifth generation of the CR-V debuted in 2016. Nowadays, changes are more frequent, so 2023 is going to be all-new, although Honda revisited the crossover in 2019.

Test mules are heavily covered by camouflage. It leaves a lot of room for speculations. Honda is not hiding new head- and taillights, but it doesn’t mean too much, since these parts could be changed anytime. One thing is certain – the overall length is about to gain a few inches. The upcoming CR-V will be closer to 185 inches. It is still 5 in shorter than the Passport’s body.

The 2023 CR-V redesign is updating both interior and exterior. Outside, we already mentioned the extension of the body. The CR-V is still a small crossover. But, it will make a room for a potential new model between this one and the subcompact HR-V. The crossover will have similarities with the Pilot, and we will find some solutions on the CR-V and upcoming Passport SUV. Spy photos of the smaller model are the first thing we saw and know, so further updates will unveil more details.

A longer body will also affect the 2023 Honda CR-V interior. More space is always welcome. But, one of the hottest rumors is about the seven-seat version. It is already available across the ocean. On the other hand, an even bigger Passport is not offering the third row. For the US model, we believe that Honda will use the extra space to enhance the comfort of passengers and cargo space, rather than to sacrifice those for the seating capacity. Infotainment system update, a reshuffle of trim levels, and upscale materials are other things we will definitely see on the all-new CR-V in 2023. 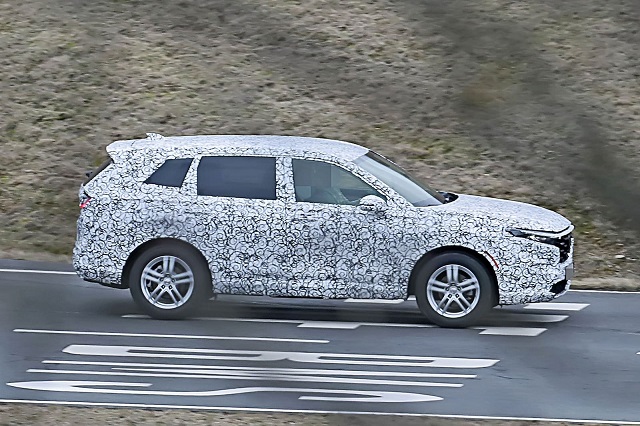 The hybrid crossover is already one of the most efficient in the market. It will return 40 mpg in the city. But, it won’t stop Honda from making it even more efficient. Leaders in the segment are RAV4 and Escape. The CR-V Hybrid will try to catch up with the competition. A 2.0-liter Atkinson cycle unit in the combination with a dual-battery setup is good for 212 hp and 232 lb-ft of torque.

One of the changes we might see as well is the power boost. Also, the new 2023 Honda CR-V Hybrid might be upgraded to the plug-in system. The company is already testing Pilot PHEV and this is a growing trend in the automotive industry. The base engine is a 1.5-liter turbo-four, with 190 hp and 179 lb-ft of torque. A CVT is standard and the driver can select multiple ride modes. A 2.4-liter plant is definitely not coming back. 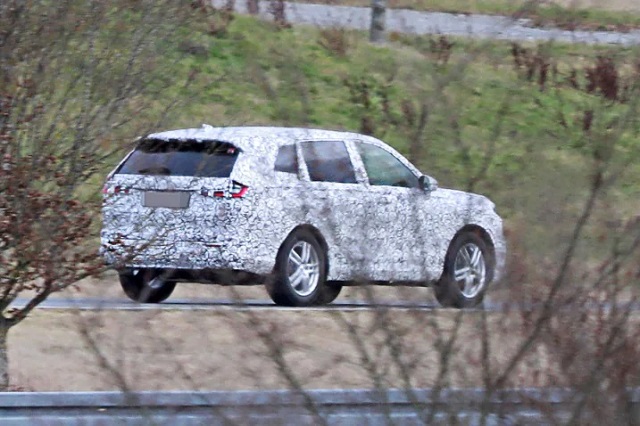 It is known from before that the new crossover is not arriving before 2022. The release date might even be in 2023. Nevertheless, it will be worth waiting. The company will unveil pieces of details as we approach the debut. Also, we’ll follow changes on other vehicles and try to see if there is a similar design language and solutions. 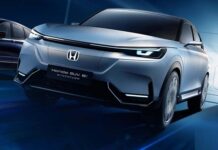