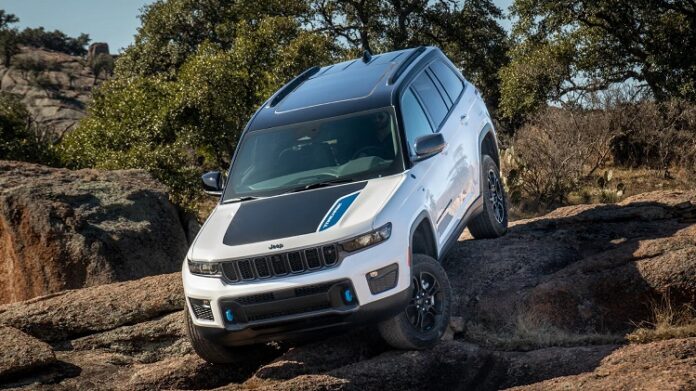 The company will continue with the upgrading of its flagship SUV. The Grand Wagoneer might be under the spotlight at the moment, but the 2024 Jeep Grand Cherokee is still the best-selling SUV by the FCA. After the recent redesign, the vehicle is available with limited options. Previously, fans could pick a lot more versions of the Grand Cherokee. But, the upcoming update will bring more options.

For example, there is no Hellcat engine yet. This would be a big downgrade. Nevertheless, with the expansion of the lineup using this mighty engine, there is no way the 2024 Jeep Grand Cherokee Trackhawk drops from the lineup. Meanwhile, the SRT version and 6.4-l engine are under the question mark. For now, the only novelty confirmed by officials is the 4xe hybrid. The setup will also arrive with unique packages and features.

It will be exciting to see what else the FCA is going to offer for this SUV. The Grand Cherokee L is a three-row version. You can also pick a five-seat layout. If you are a fan of off-roading, Trailhawk is one of the models that enhances driving capability. 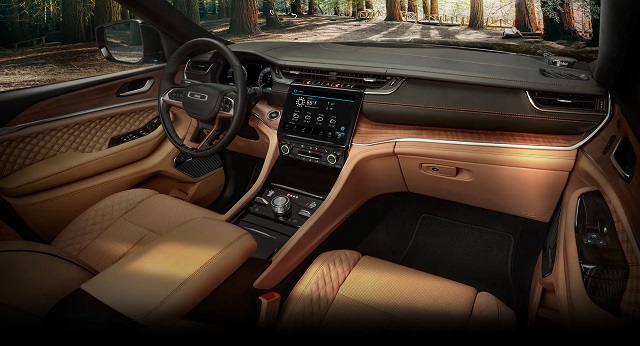 So far, two configurations using petrol engines with internal combustion are guaranteed. The entry-level version is going to deploy a 3.6-liter V6 engine with 295 hp and 270 lb-ft of torque. The base version is using a rear-wheel drive, with an optional upgrade to the 4×4. The V6 is the most economical engine, regarding fuel economy.

Surprisingly, the first models after the new generation was introduced, feature only one V8 engine, and that is the weakest one – a 5.7 displacement. It is pretty potent, with 360 hp and 390 lb-ft. But, with a lot more powerful setups being available previously, it is not the choice fans wanted to see. This eight-cylinder plant is available right from the start as a $3,500 upgrade of the V6 unit.

The biggest novelty in the lineup is the introduction of the hybrid setup. As expected, the 2024 Jeep Grand Cherokee 4xe carries over the new configuration from the Wrangler hybrid. A 2.0-liter turbocharged engine is the main source of power and electric motors enhance the outputs to 375 hp. Also, the torque jumps to 470 pound-feet. Still, the hybrid system is not the best configuration for an off-road drive, although the 4WD is standard. The good thing about this version is the improved gas mileage. Also, the PHEV can offer an electric range of 26 miles.

Two missing parts from the previous editions are Trackhawk and SRT. Both models were available with more powerful V8 configurations than the current version. According to rumors, both 6.4-liter Hemi and supercharged 6.2-liter plants will be available with the 2024 Jeep Grand Cherokee Trackhawk.

A 6.4-l displacement is good for 475 hp and 470 lb-ft. The gas mileage drops way under 20 mpg. The Jeep Grand Cherokee Trackhawk Hellcat will get a 6.2-liter V8. This engine made it the most powerful SUV in the market for a few seasons. Now, the same unit delivers 710 hp for the Dodge Durango. Since it is not available yet for the Grand Cherokee, fans believe engineers are retuning it to create even more energy. The previous edition was bursting 707 hp. 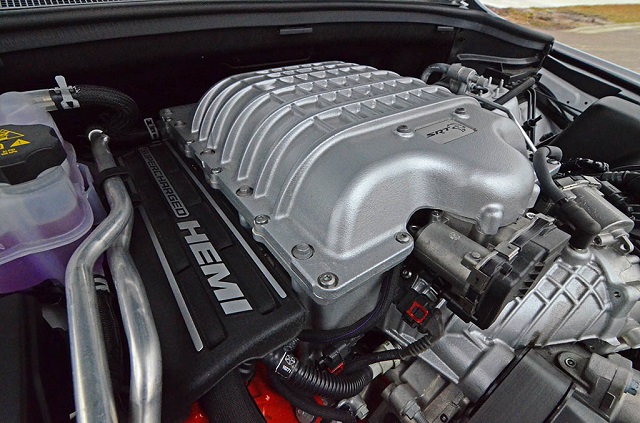 What is Going on With Diesel Engine?

An oil burner is the least likely to come back for the 2024 Grand Cherokee. A 3.0-liter mill become available for the Jeep Gladiator SUV, and it was one of the biggest surprises. Also, Wrangler is using the EcoDiesel configuration. Nevertheless, with so many options, the Grand Cherokee doesn’t need the oil burner. Well, its 260 hp and especially 442 lb-ft wouldn’t be the biggest gain, next to exceptionally good mileage compared to the rest of the lineup.

The base version of the 2024 Jeep Grand Cherokee will be the same as the previous one. It includes a V6 engine, RWD, and Laredo trim level. The price for this model is $40,000 if you pick a seven-seat layout, or save $2k for a two-row layout. All the configurations offer this choice. All-wheel drive costs also $2,000. Altitude and Limited models are the mid-range offer. For an off-road drive, the Trailhawk seems to be the best option for now. Summit is the high-end version and you can also upgrade it with the Reserve package.

The 2024 Grand Cherokee 4xe costs $58,000. Similar trim levels are available for the plug-in hybrid configuration, with the Summit Reserve package priced from $75,000. The Hemi V8 engine will increase the price of all options. The Trackhawk Hellcat is the ultimate upgrade and doesn’t expect this model to cost under $90,000. If the company retunes it and launches with more power, then the six-digit price realm can be reached. 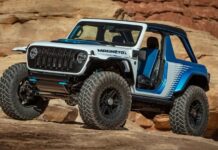 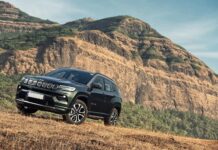 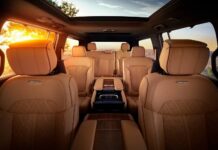