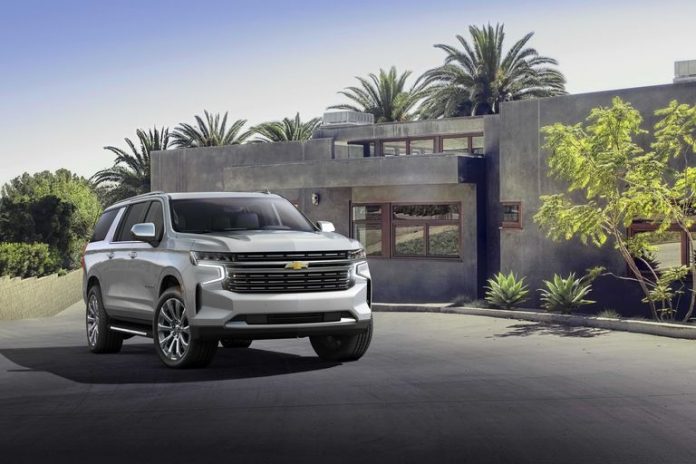 The new generation of the Suburban SUV is on the way. Although it should have been released already, the development and release date hit a delay. The vehicle is finally debuting as the 2021 Chevy Suburban. If we need to bet where it will be launched, then we go all-in with the new NAIAS.

General Motors is updating its entire fleet of big SUVs. Next season, new Suburban, Tahoe, Yukon, and Escalade will cruise on streets. Well, they already do that, but under heavy camo. On a few occasions, spy photographers caught the entire convoy.

Suburban is already one of the best full-size models in the market. But, the company is ready to take it to the next level. A new generation brings a lot of changes, outside, inside, and probably under the hood. So, let’s check which are the main reasons why you should save and buy the 2021 Chevy Suburban.

The change fans have been waiting for a long time – the IRS for GM’s big rigs. No one can explain why the carmaker gave its archrival nearly 20 years of advantage by not using the independent rear suspension. But now, experts and enthusiasts are looking forward to seeing the new 2021 Chevy Suburban riding on a new system.

The vehicle will boost its off-road drive and cornering, while the straight-line drive performance is not so great. Independent suspension can make you lose some grip more often than you can see it with a solid axle. Well, the price of the SUV will go up thanks to this feature, while you must be prepared for the extra maintenance costs.

The new generation of the 2021 Chevy Suburban will introduce a fresh design. The SUV is already one of the most impressive vehicles on streets with its overall length of 225 inches. We still don’t have precise info about the size of the upcoming model, but rumors are reporting that the Suburban could gain an inch or two. Cosmetic update finds inspiration on the new Silverado truck. We will find a lot of similarities, especially on the front fascia.

The IRS is not improving the driving experience, but also the interior room. The floor will be lower, providing extra space inside the cabin. Currently, with all seats folded, Suburban offers 122 cubic feet for cargo. Even behind the third row, there is nearly 40 cu.ft. Now, buyers will get 2 cubic feet more for every configuration.

The new 2021 Suburban will also come with more hi-tech features. A 10-inch touchscreen display looks big even in the full-size SUV. Optionally, you can get a pair of 12.6-inch screens in headrests as a part of a rear-seat infotainment system. While the exterior reminds us of Silverado, the interior is quite new and different.

The SUV will be available in its base form as the LS model. Other trims are carried over from the previous edition. The company is updating its entire offer. The LT comes with more features. The 2021 Chevy Suburban RST is now sportier than before. If you are keen on off-roading, then Z71 is a good choice. The biggest novelty for the lineup is the High Country version. This is the top of the class trim with luxury equipment and a 6.2-liter V8 engine.

A pair of V8 units is unchanged for the 2021 Chevy Suburban. A 5.3-liter mill is the base one and it steps up with 355 hp and 380 lb-ft of torque. Most buyers will opt for a larger 6.2-liter powerplant. In this case, you will get 420 hp and 460 lb-ft of torque. The IRS will increase the maximum towing capacity. Both engines are paired with a ten-speed automatic gearbox. Fuel economy is not something the GM will brag about. But, you cannot expect too much from the full-size SUV.

It is finally happening. A 3.0 Duramax diesel engine became the part of the GM’s lineup with the arrival of the new Silverado truck. Its specs are the perfect fit for the big rigs in the company’s family. So, it was just a matter of time when it is becoming a powertrain of Suburban and Tahoe.

A 3.0-liter turbodiesel engine is the most powerful in the segment, compared to FCA’s EcoDiesel and Ford’s Cummins. Duramax tunes it to produce 277 hp and 480 lb-ft of torque. Power is higher than on its rivals, but it doesn’t result in the best towing capacity. For example, Silverado 1500 offers 9,600 pounds, while both Ram 1500 and F-150 are above 11,000 lbs. Still, this capacity will do the job for the 2021 Chevy Suburban. 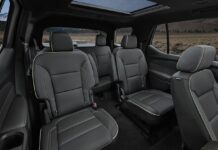 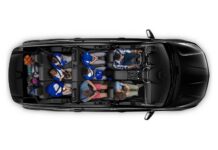 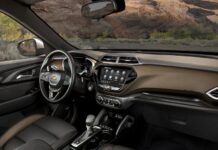