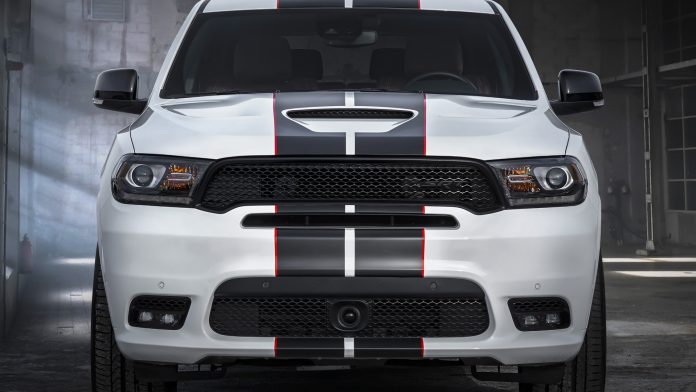 It looks like the new generation of the Durango won’t be here until 2022.  A minor refresh will keep the SUV fresh before it goes on the body-on-frame platform. Well, the new Citadel model is the biggest novelty for the upcoming season, as far as we know at this moment. The 2021 Dodge Durango will be mostly unchanged. We recommend you to wait for the full redesign of the mid-size three-row SUV in 2022.

The FCA is updating its SUV segment. The new Durango will go to the new architecture. Another mid-size model is the best-selling Grand Cherokee. A versatile SUV is not offering the third row of seats. It could happen soon. Meanwhile, the carmaker is developing another three-row model. It is a full-size Wagoneer/Grand Wagoneer.

The refresh for the upcoming season will include updates on the higher trim levels. We found some details about the Citadel version, but R/T, SRT, and GT models will also see some changes.

The first images of the upcoming vehicle are out. These are unveiling that the new generation is not on its way yet. The carmaker will need more time to update all the things for the BoF platform and move the production. Highlights of test mules are the interior features we saw. The exterior is not easy to recognize because of the heavy camo. Inside, there is a new dashboard for the Citadel version. The company offers a 10-inch display at the center console. We could see a similar layout on Chrysler Pacifica minivan.

Earlier, the FCA announced that the new version of the Uconnect infotainment is coming soon and it could debut on the 2021 Dodge Durango. Spy shots can’t unveil if this is going to happen, but more cosmetic changes will make the cockpit more comfortable and smarter. We can compare the new interior with the Jeep models.

The 2021 Dodge Durango will be a powerful SUV with proven and reliable power sources. The vehicle gets the energy from a V6 Pentastar unit that gets support from an eTorque system. Combined, it can create 305 hp and 270 lb-ft, which is enough to beat most rivals. A power router for a 3.6-liter engine is an eight-speed automatic gearbox. Other SUVs are usually coming with a sort of turbocharged four-cylinder unit as the base version. Durango opts for a larger mill that can tow 6,500 lbs.

Optionally, the powerful vehicle becomes meaner if you choose a V8 engine. Most upper trim levels are offering a 5.7-liter engine as optional. In this case, you can count on 395 hp and 410 lb-ft, 35 hp more than before thanks to the eTorque system. This powerplant is a rival to GM’s 5.3-liter unit with slightly worse outputs. The 2021 Dodge Durango will still keep a respectable gas mileage (18 mpg combined), while boosting the towing capacity to 7,500 pounds.

The SRT badge is specific for Dodge’s vehicle. Jeep Grand Cherokee was the only other model that offered the SRT upgrades. Now, all the performance-oriented Jeep vehicles will be called Trackhawk. Until now, this was the name of the most powerful SUV in the market that uses a 6.2 Hellcat engine with 707 hp. Well, this one is not likely to become a part of Durango’s lineup.

The most powerful version of the mid-size SUV is using a 6.4-liter V8 engine. The 2021 Dodge Durango SRT will get a boost to produce at least 500 hp. Currently, this package is going to offer 475 hp and 470 lb-ft of twist. Of course, there are a few other upgrades in the drive system that will make a drive more pleasant and joyful.

The base version of the 2021 Dodge Durango will still be the SXT. Besides a V6 engine, there are 18-inch wheels and two-row seating as default. Tri-zone climate control is probably one of the coolest features of the entry-level version. When you pick the GT bundle, you will get LED fog lights and larger wheels (20-inch). A third row is also added, while the driver’s bucket is power-adjustable in eight ways.

The R/T will make things more interesting with a V8 engine and special suspension. Of course, the performance-upgraded model is also coming with unique brakes and tires, while the company also adds rain-sensing wipers and navigation. The new Citadel model is a premium version, with leather seats, an advanced audio system by Alpine (9 speakers), and a power sunroof. However, a V6 is the standard powerplant. Nappa leather and ventilated and heated front buckets are the most notable styling upgrades of the SRT model.

The 2021 Dodge Durango will be probably the final version of the SUV before it hits the new generation. Mostly unchanged, we believe that sales of this legendary model will drop before it becomes popular again with the new series based on the BoF architecture. 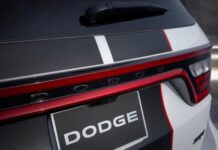 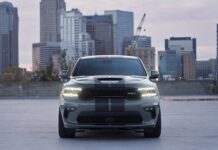 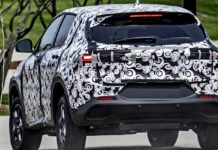