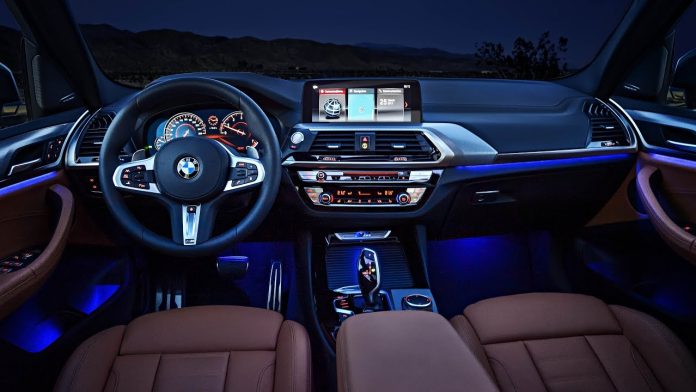 After launching the new generation of the compact crossover and its M version, the BMW is focused on the electric iX3 model. Also, we can hear a lot of rumors about the M3 sedan and its updates. Still, there is a tough year ahead of the 2021 BMW X3, since both its main rivals are going strong into the market. Mercedes has updated the GLC for this season, while we expect the first major update of the Audi Q5. Updates about the BMW X3 are still quiet, and we cannot find too many sources to confirm rumors we can hear about the compact SUV.

But, the 2021 BMW X3 will still be fresh enough to compete in the market. Buyers know that the German manufacturer is a synonym for reliability and durability. We expect nothing less from the upcoming season. There are also notable upgrades for the lineup with the M Performance package and now the all-electric iX3 model. The M Competition model beats the Mercedes AMG GLC 63 with 500+ horsepower under the hood.

There are a few good reasons why you should consider the 2021 BMW X3 as your favorite in the luxury compact SUV segment. First of all, the German manufacturer got us used to its premium offer and reliable engines. All across the lineup, you will find inline units, which are much cheaper for maintenance. Extra power gives you an option you won’t find on Lexus NX or Cadillac XT4.

The interior of the crossover is not only attractive but also comfortable and practical. There are 28 cubic feet behind the second row for cargo. Modern technology covers the entire cabin. A huge infotainment screen is a center of the infotainment system and it can grow up to 10-inches. The carmaker worked on the safety, and the X3 became one of the best in class models with outward visibility. Emergency braking is standard all across the lineup, even for the base model.

What Needs to Be Fixed?

BMW is not offering Apple CarPlay and Android Auto as standard features, but optional upgrades. This is not acceptable for a luxury SUV. There are vehicles that cost under $30,000 with these services. All upgrades are pretty expensive, so building up your 2021 BMW X3 makes the overall price pretty hefty. Some drivers complained about steering, but we believe that the automotive giant will fix these issues already for the current edition.

Everything depends on what you like. Let’s get this straight – the X3 is a powerful SUV with premium equipment, so it won’t be cheap. But, you won’t need too many upgrades, no matter which version you pick. The base model comes with luxurious equipment, which is more than enough for most users. On the other hand, if you like the styling and interior, but you would like to get more power, then the M40i is a better choice. Well, most users think this version is the best value with all the features it brings. Finally, if you want to show off and go with the extreme specs, then the M Performance is the SUV for you. Even the compact SUV is capable to put out serious numbers. But, be aware – 500 ponies is not easy to ride.

Even the base 2021 BMW X3 is coming with the navigation. The German carmaker is serious about the features it offers. Emergency braking and front collision warning are improving safety, while the all-wheel drive is marked with the ‘x’ in the model title. The M40i SUV adds a panoramic moonroof, besides an I6 engine. Plus, there are a 10-inch infotainment screen, 12-speaker audio, and this version also comes with the Driver Assistance Plus safety package for peace of mind.

The list of features and equipment of the 2021 BMW X3 is even longer. As you can guess, the MSRP of the crossover starts pretty high. We expect to see the upcoming model at $44,000 with a destination fee. Well, the Acura MDX mid-size model is slightly more expensive than the compact X3. However, the German craftsmanship brings it on with the M40i and slaps the price tag of nearly $60,000. Top of the class BMW X3 M will boost the price even more, probably close to $75,000. That is the area where Infiniti QX80 full-size SUV could be found.

The biggest addition for the upcoming SUV is the arrival of the iX3 all-electric model. Everything depends on its release date. The standard crossover SUV will come out soon after the arrival of the EV model. We believe the German carmaker will present it soon, but the X3 is not coming out before the final quarter of the year. For the M Performance model, you will have to wait the next year.